Home » Car Reviews » "Sports cars are difficult to justify, but easy to love"

"Sports cars are difficult to justify, but easy to love" 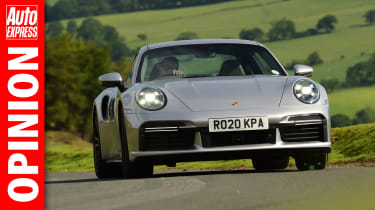 The future of the sports car has never been in greater jeopardy. Car makers are finding it increasingly difficult to justify them in their line-ups as demand slows and ever-tightening emissions regulations make for higher costs.

Some have already disappeared – Peugeot, for example, is quite clear about concentrating on cars that make money before considering a replacement for the RCZ, while even the Audi TT is likely to be reinvented as a crossover rather than an out-and- out coupé next time around.

Thankfully, the Japanese still believe in their sports cars; Toyota’s Supra (with the help of BMW) and GT86 are firm favourites, while Mazda’s MX-5 keeps on going.

Nissan, too, knows the value of a great sports car and – as we reveal on page eight – there’s a new Z car on the way. So what is the value of a car like that, having already pointed out that it’s difficult to make money from one?

Let’s take a look at the MX-5, a car that’s at the heart of everything Mazda does. Every car the brand makes has a bit of the MX-5’s soul in it – and is all the better for it. If there were no MX-5, Mazda just wouldn’t be the same.

We know that Porsche makes more money from its SUVs than its sports cars, but would you still want a Porsche SUV if the firm didn’t also make the 911?

So Nissan’s decision that it needs to spend the money to add a new Z car to its line-up needs to be applauded. It would be an easier decision not to do it.

Putting a sports car on your driveway can be difficult to justify, too, even though some recent models – what we’d class as modern classics – are good investments.

It’s something I’m grappling with myself, trying to persuade my wife of the benefits of buying a sports car – a 1991 Lotus Elan. My negotiations with her are proving as tough as any negotiations at board level would be when trying to get a new sports car over the line. Wish me luck!

Check out the best sports cars you can buy now…

Related posts:
Sandy Munro Refutes Insinuation That He Works For Tesla In Amazing Way
Watch: The Best RS6 Ad May Not Have Been Produced by Audi
Best News
Mercedes EQE Spied With Production Body, Placeholder Taillights
12/01/2020
FBI: No crime committed as ‘noose’ rope was there in 2019
06/23/2020
Why VW Pulled The Plug On A 400bhp VR6 Arteon R
06/23/2020
2021 Kia Grand Carnival breaks cover – solid looker! – paultan.org
06/24/2020
New Volkswagen Arteon Shooting Brake arrives as part of facelifted line-up
06/24/2020
Recent Posts
This website uses cookies to improve your user experience and to provide you with advertisements that are relevant to your interests. By continuing to browse the site you are agreeing to our use of cookies.Ok