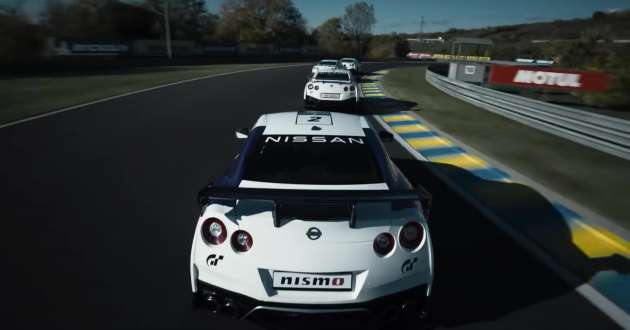 Besides introducing the Afeela concept at this year’s Consumer Electronics Show (CES), Sony also surprised Gran Turismo fans by revealing a trailer for an upcoming movie based on the popular video game series.

Set to be released this summer on August 11, 2023, the Gran Turismo movie will be directed by Neill Blomkamp, whose past works include District 9, Elysium and Chappie.

British actor Archie Madekwe stars as Jann Mardenborough, a teenage Gran Turismo player aspiring to become an actual professional racing driver. If the premise sounds familiar, that is because the movie is based on the true story of Jann Mardenborough, who won the Nissan PlayStation GT Academy competition in 2011 and went on to compete in a various real-life racing competitions.

Other members of the cast include David Harbour (Hellboy, Stranger Things) as Jack Salter, who is Mardenborough’s trainer; Orlando Bloom (The Lord of the Rings, Pirates of the Caribbean) as Danny Moore, a motorsport marketing executive; Djimon Hounsou (Furious 7, Blood Diamond) as Jann’s father; and Darren Barnet as a top GT Academy driver threatened by Mardenborough’s success.

The movie certainly looks promising based on the trailer, which starts with the famous Gran Turismo countdown sound and followed by scenes featuring camera angles similar to what you’ll find in the games. Looking forward to it?