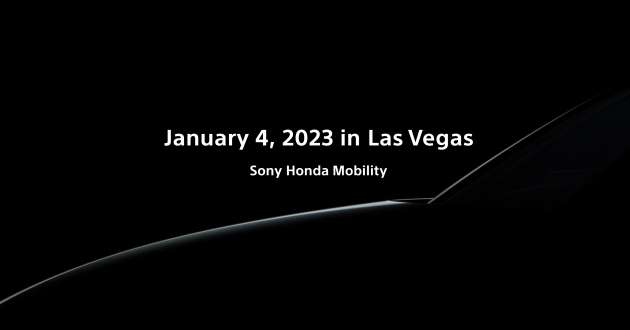 Sony Honda Mobility, the joint venture between Sony and Honda, will make an announcement at the Consumer Electronics Show (CES) on January 4, 2023. The company isn’t revealing much for now but based on a short teaser video, we could very well witness the introduction of its first electric vehicle (EV) early next year.

The teaser video gives us glimpses of the mystery vehicle, which will be designed and manufactured by Honda while Sony is responsible for the service and entertainment platform – the latter will reportedly see the integration of a PlayStation 5!

Other aspects of the forthcoming EV are support for Level 3 autonomous driving capabilities, although Level 2+ assistance will be more commonly available in a wider range of circumstances. Pre-orders for the Sony Honda Mobility product will commence before the end of 2025, with first deliveries scheduled to take place in the United States by spring of 2026 – Japan will follow in the second half of the year.

Sony’s foray into cars is well documented, as the company unveiled the Vision-S Concept at CES 2020 (retroactively renamed to Vision-S 01), which was then followed by a second concept called the Vision-S 02 at this year’s CES.