A brand that once produced small city cars, Smart is now preparing for the next chapter in its history. The parent company Daimler partnered with Geely to build a brand new electric crossover and this vehicle is now in the final stages of development. A fresh new batch of spy shots shows us a camouflaged prototype with Czech registration plates recharging at a fast-charging station somewhere in Europe.

There are several things worth pointing out here. First, the Smart #1, as it is officially known, for now, features pop-out door handles and side mirrors attached to the front doors. In our eyes, the overall profile looks like a mix between a Mini Countryman and a Mercedes-Benz GLB. There are certain lines at the back that remind us of the Opel Adam, a stylish small three-door hatchback the automaker produced a few years ago. 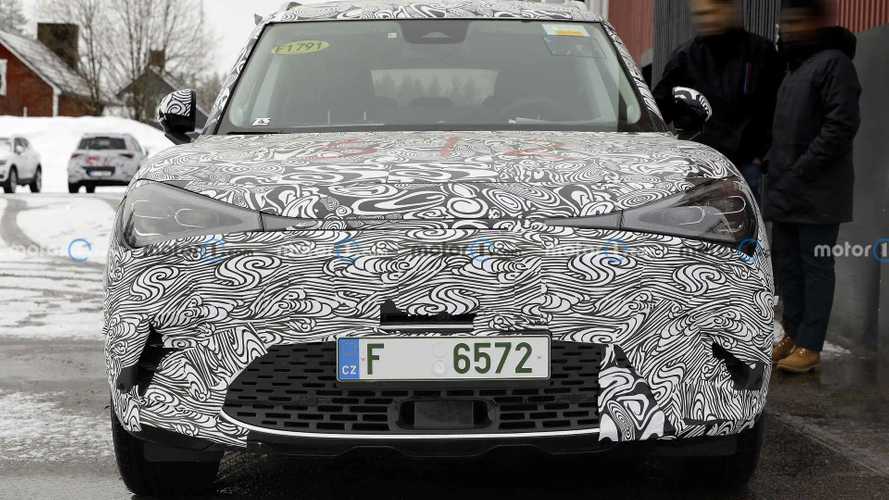 As you can see, this is a purely electric vehicle and word on the street is Smart will offer it with two battery options. The long-range one will reportedly be equipped with a 60 kWh battery pack, which could be enough for a range between two charges of up to 267 miles (430 kilometers). There are contradicting reports regarding the powertrain with some sources claiming the Smart #1 will be powered by a single electric motor with 197 horsepower (145 kilowatts), mounted on the rear axle. Others say the motor will be more powerful.

These new spy photos allow us to take a look inside the cabin, though there’s still a lot of disguise covering most of the surfaces. The dashboard reminds us of a Mercedes product, though there’s a tablet-style infotainment screen in the center. Two large round air vents are positioned just below the display and the massive center console seems to be floating above the floor.

There are a number of details that point to this probably being a sporty-looking crossover. The brake calipers are painted in red and the seat belts in the interior serve the same function as a design accent over the black-white leather seats. The side mirrors also have red caps and there are small cameras integrated, most likely used by the vehicle’s electronic assistance systems. The body seems to be finished in white, probably with a contrasting black roof.

The production version of the Smart #1 is expected to debut next month.