The exceptional performance of the Tesla Model S Plaid is possible thanks to the three-motor, all-wheel-drive system that is rated at 1,020 hp (about 760 kW).

Here we can take a look at the Plaid’s rear subframe and rear drive unit, which consists of two Permanent Magnet – Synchronous Reluctance Motors (PMSRM), two inverters and two single-speed transmissions in one huge, symmetrical housing. The motors are individually connected to the rear wheels, providing full torque vectoring. In the front there is only one motor for the front axle. 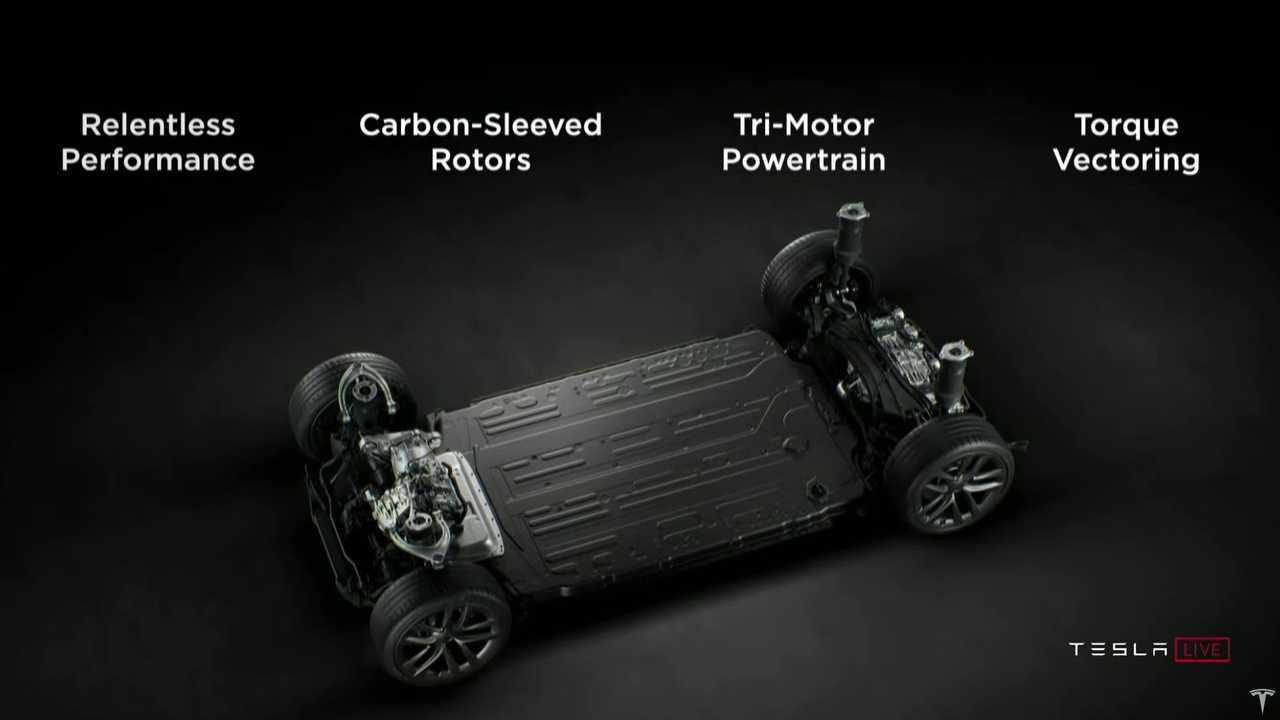 Ingineerix reports that the inverters look – at least on the outside – the same as in the Model 3 (but there is only one in the rear), but they might be different inside. The high-speed electric motors with a very thin air gap are different and utilize carbon-sleeved rotors, used for the first time in series production. Another difference is the cooper high-voltage cables (compared to aluminum in the Model 3). Nonetheless, the Plaid’s rear drive unit reminds us of two Model 3’s rear drive units glued together.

Other than that, we can see three oil pumps – one per motor, and one for the transmissions. There is also an all-new suspension.

The Tesla Model S Plaid drive system is a piece of art without a doubt and its characteristics amazes: 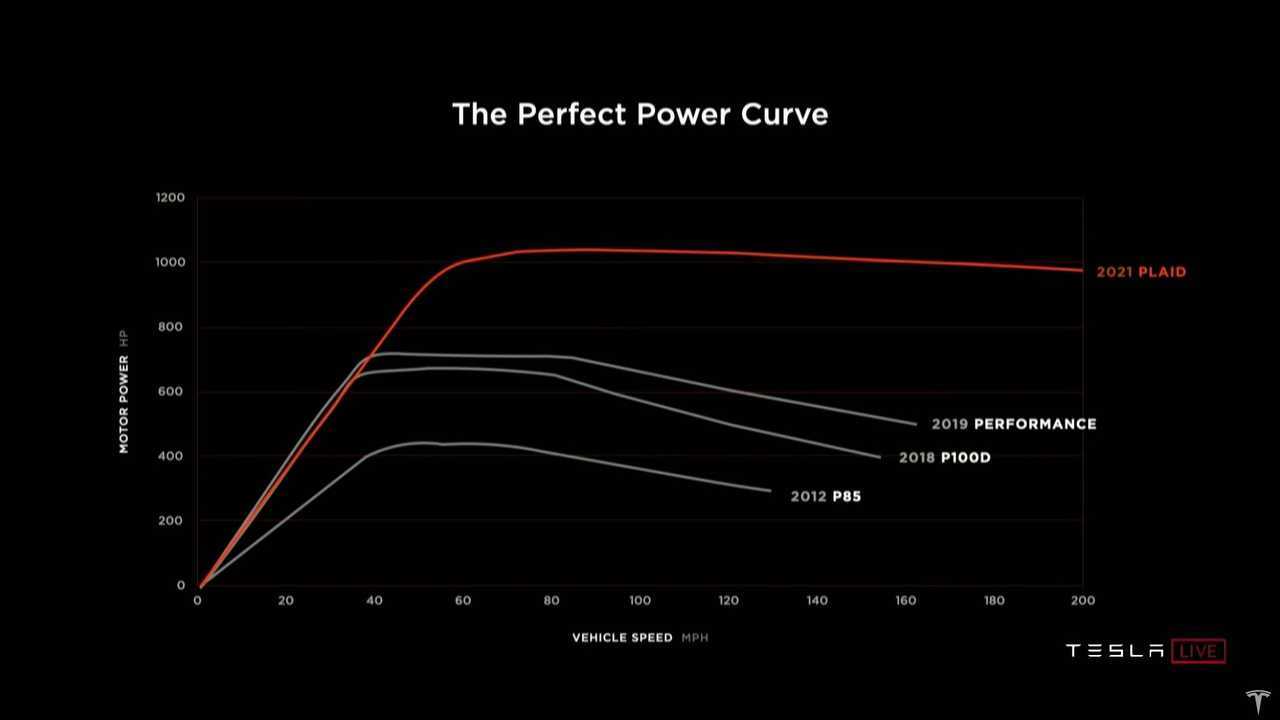 The Model S Plaid has proven to be very quick also on the race track with the recent 164.615 km/h (102 mph) time at the Nürburgring Nordschleife.