Millions of toad users risk suffering major tyre failures simply by using underinflated rubber on the road. Research from the firm has shown that 23 million road users are driving on the roads with underinflated tyres with many unable to determine what level is too low.

Analysis from the firm found that just 40 percent of road users across the UK could correctly identify the low tyre pressure warning light.

In a worrying find, 50 percent of drivers said they have simply ignored it despite the risks.

Just 68 percent of drivers said they know the correct tyre pressure for their vehicle which clearly identifies a genuine knowledge gap among motorists.

A total of 23 percent said they would not feel confident enough to put air into their tyres themselves at a petrol station. 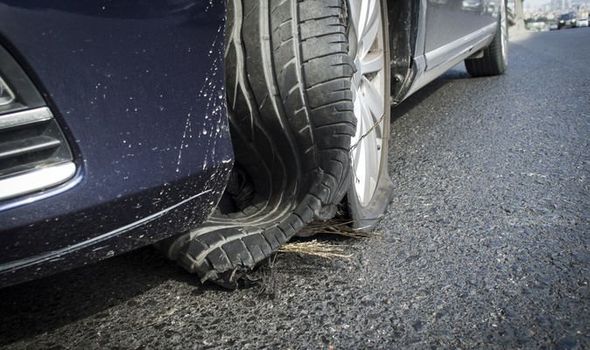 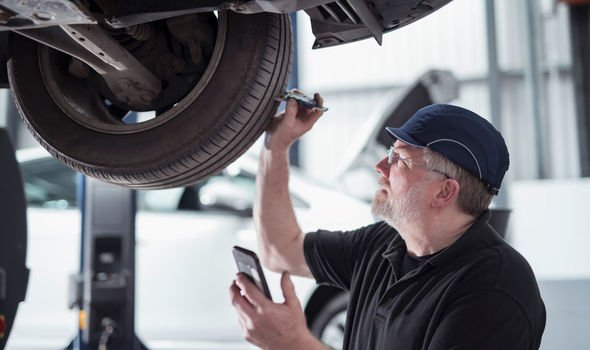 Meanwhile, a shocking 15 percent of road users have claimed it was acceptable to drive on the motorway with underinflated rubber.

Continuing to drive on underinflated tyres can put extra pressure onto the edge of the rubber which causes them to wear even quicker.

This can cause the car to run on more fuel and emit more carbon dioxide into the atmosphere.,

Underinflated tyres can also change the overall feel of the car with steering likely to be heavier from a driver’s perspective.

But crucially this extra pressure will dramatically increase the risk of drivers suffering tyre failures including blowouts.

This would not only put yourself at risk but could endanger other road users who are near your car at the time of the incident.

A blowout would likely cause your car to suddenly lose control and slide across the road which could lead to a multi-car pile-up.

Halfords Tyres on the Drive Operations Director, Karl Baker has warned that defective tyres were “deadly” with many road users unaware of the danger.

He said: “Defective tyres are costly and deadly, and our research shows that many motorists aren’t aware of the dangers of driving around with underinflated tyres.

“They affect your car’s handling and steering, give you reduced grip, wear quicker and are more prone to a blowout – yet this can be fixed in a matter of minutes.”

Halfords has revealed that on average drivers check their tyres for any pressure or tread issues once every 14 weeks.

This could become another major concern with experts recommending drivers should do this every month. 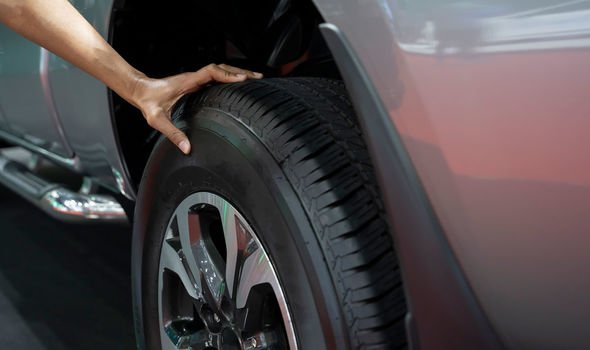 Halfords has also revealed that seven percent of all cars have failed their MOT test as a result of defective tyres.

Underinflated tyres not only pose a safety risk but could be a legal issue as well with drivers risking heavy fines.

Police officers can issue a massive £2,500 charge and three penalty points for each tyre which they consider to be underinflated.

This means that vehicles with severe issues could see drivers fined £10,000 and even banned from driving with 12 points in an instant.

Related posts:
The other fight DTM faces to ensure its survival
9th Million Mercedes-Benz Produced In Bremen Happens To Be EQC
Best News
Nurburgring DTM: Frijns wins from Rast as Muller spins
09/19/2020
FBI: No crime committed as ‘noose’ rope was there in 2019
06/23/2020
Why VW Pulled The Plug On A 400bhp VR6 Arteon R
06/23/2020
2021 Kia Grand Carnival breaks cover – solid looker! – paultan.org
06/24/2020
New Volkswagen Arteon Shooting Brake arrives as part of facelifted line-up
06/24/2020
Recent Posts
This website uses cookies to improve your user experience and to provide you with advertisements that are relevant to your interests. By continuing to browse the site you are agreeing to our use of cookies.Ok