Roy Orbison and compact crossovers are growing on me as I age. A consequence of achy knees and feels that comes with many years and many more miles, perhaps. I wish I could say the same about my smarts, though.

The wisdom in compact crossovers like the 2020 Mercedes-Benz GLB-Class certainly isn’t in its low price. Its $51,210 price tag is anything but compact, yet it nearly pulls off a luxury car and crossover impossibility: The GLB250 almost feels worth it.

The GLB-Class shares much in common with the A-Class, GLA-Class, and CLA-Class, including engines, infotainment, and some hardware. I’ve only driven 50% of that lineup but I’d bet more than a paycheck that the GLB is the one to have of the bunch. Our TCC Rating largely agrees; the GLB earns a 6.8, which is higher than the other three.

I spent a week in the GLB250, poring through the crossover’s deep cuts. Here’s what I learned.

Hit: Growing touchscreens, growing on me

Twin 10.3-inch screens plunked in front of the GLB250 aren’t only big, they’re comically big. It’s the cost of doing business among luxury cars these days, despite my distaste for a wall of screens glaring back—especially at night. The screens in the GLB are outsized, but they’re also well-suited to the vehicle’s mission. The center touchscreen is easily accessible by the front passenger, and large enough to display to rear-seat riders what’s playing, where they are, and what Roy Orbison song is coming up next. The digital instrument cluster is equally helpful, although it’s a chore to toggle through its myriad possible combinations of displays to find what works best. 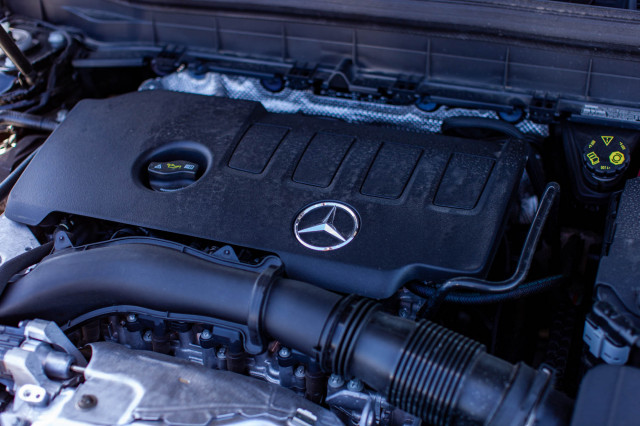 Like the related GLA-, A-, and CLA-Class, the GLB250 uses a 2.0-liter turbo-4 for propulsion. The GLB250 pairs to an 8-speed automatic (the A220 and CLA250 use a 7-speed) that smoothly rifles through its gears—but struggles to take off in the first one. The GLB weighs at least 300 pounds more than its cohorts, but its lag from a stop is noticeable beyond its added bulk. Tipping into Sport mode wakes up the GLB’s throttle—almost too much—but holds gears for too long. 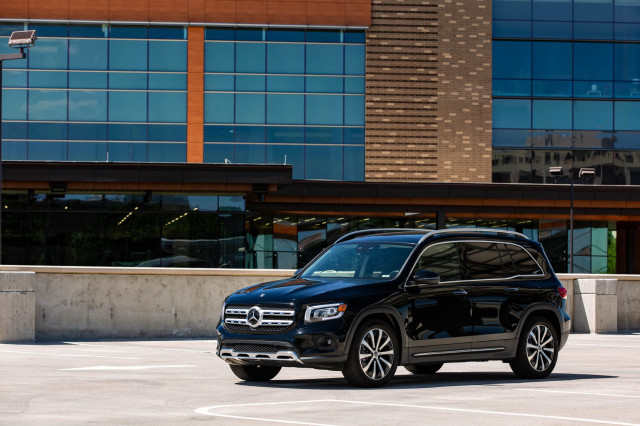 The GLB250 channels the much larger GLS-Class in all the right ways. The boxy, proportions are softened in all the right places and the pencil-straight roofline is a boon for interior space. (More on that later.) The GLC-Class has grace, the GLA-Class has spunk. The GLB250 has more upright surfaces, but it plays all the right angles for family detail… 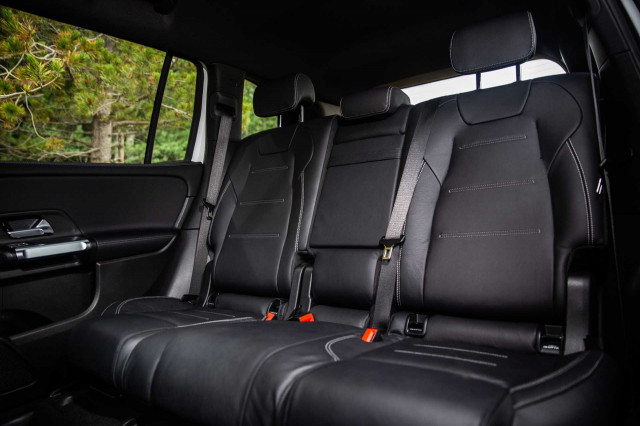 Hit: …because the back seat has room

With more than 38 inches of rear seat leg room (with the second row slid back to its furthest position, by the way) the GLB bests rivals like the Land Rover Discovery Sport, even the Volvo XC60. The rear seat nominally holds three, although two is more likely and more comfortable. The outboard seats are comfy and head room isn’t sacrificed, even with a panoramic sunroof. 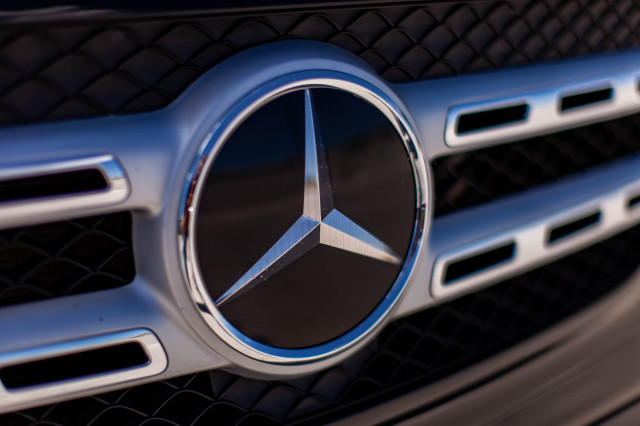 Our tester rang up $13,000 of accessories like an unrestrained socialite at Nordstrom’s. On the list: $1,450 for black leather hides, $1,500 for a panoramic sunroof, $1,650 for twin 10.3-inch screens, $2,250 for active driving assistants, $700 for 19-inch wheels, and $990 for adjustable dampers. I suspect the last two go hand-in-hand for the best ride comfort and looks combo, but the rest of the list could be dispatched in the name of keeping under budget.

But there’s a whiff of “worth it,” even in fully loaded versions like my tester. It’s easily the pick of its class if you’re willing to part with all of that pretty paper.

Related posts:
Racing Point chose Nico Hulkenberg for his points potential
Overtime again at Red Bull after Alex Albon crash
Best News
Hyundai, Kia fined Rs. 1533 Cr. in USA
11/30/2020
FBI: No crime committed as ‘noose’ rope was there in 2019
06/23/2020
Why VW Pulled The Plug On A 400bhp VR6 Arteon R
06/23/2020
2021 Kia Grand Carnival breaks cover – solid looker! – paultan.org
06/24/2020
New Volkswagen Arteon Shooting Brake arrives as part of facelifted line-up
06/24/2020
Recent Posts
This website uses cookies to improve your user experience and to provide you with advertisements that are relevant to your interests. By continuing to browse the site you are agreeing to our use of cookies.Ok