The PSA Group (Peugeot, Citroën, DS, Opel/Vauxhall) noted a huge sales drop (by 45.7% year-over-year) during the first half of 2020, to 1.03 million globally. On the positive side, June shows strong signs of recovery.

According to PSA, plug-in car sales are expanding pretty quickly and the group is fully compliant with 2020 European CO2 emission objectives.

The all-electric car sales increased by more than six-times to roughly 24,500 and assuming that hybrids are “plug-in hybrids”, another 19,000 were PHEVs: 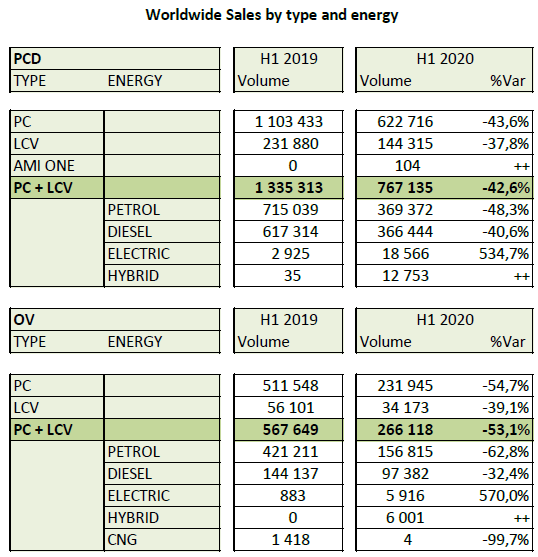 The quick increase of plug-in car sales is a result of 13 new plug-in models on the market (some were on sale in H1 2020, others – available for order – are scheduled for the near future).

Plus the Citroën Ami for car sharing.

The PSA Group announced the start of its New Energy Vehicles offensive in China. The first group of plug-ins include: Peugeot e-2008 (launched on May 20, 2020), Peugeot 4008 PHEV, Peugeot 508L PHEV and Citroën C5 Aircross Hybrid.