EV startup Aptera Motors is hoping to finally start production of its three-wheel solar EV before the end of this year. On the last day of 2022, the company showed the progress it made on its solar-powered three wheeler by revealing the production-intent design for Aptera.

For the first time, Aptera has showcased the union of the continuous improvements it made throughout its Alpha, Beta, and Gamma development phases on a production-intent prototype called Delta.

Aptera says the Delta is really important because it will pave the way for the Launch Edition Aptera, the company’s first and most exclusive model it will start production on. Launch Edition Aptera models will have one unified configuration, which will help the company ramp up production volume more quickly. Aptera says this approach is also part of its ethos of simplicity and efficiency.

The startup will show more of its production intent design on January 20, when it will also announce specifications and “revolutionary capabilities” in a livestream webinar. Aptera does not provide further details, but promises to outline “the core technologies that will make your solar electric dreams come true and the strategies we’re employing to make solar mobility a reality for all.” 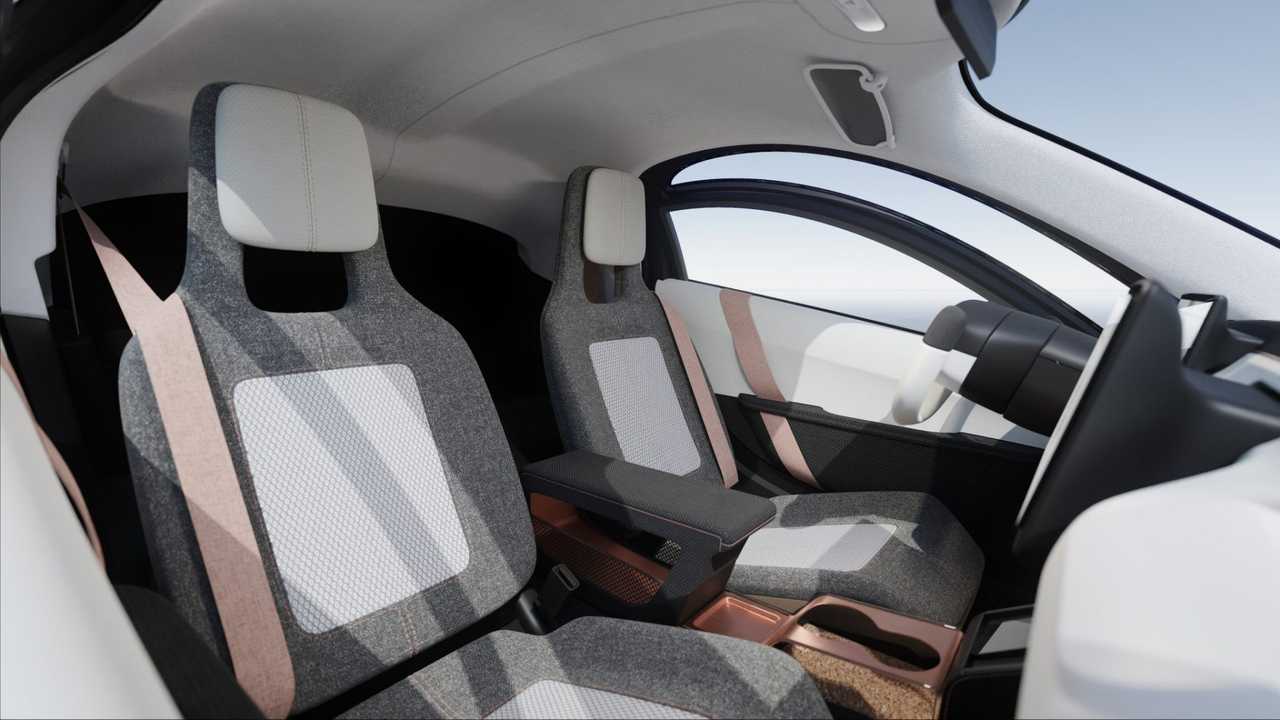 Looking at the photos and video of the Aptera Delta, the production-intent vehicle looks very similar to the previous Gamma iteration. The animated video shows the Aptera’s bodywork and chassis components coming together to form the highly aerodynamic Delta prototype.

The video also provides a glimpse of the Aptera Delta’s trunk and minimalist two-seat cabin, which continues to feature Tesla-inspired solutions such as the steering yoke and center touchscreen that incorporates most of the controls – including the transmission selector.

There’s only one stalk on the left side of steering column dedicated to the lights, with Aptera offering no physical buttons or switches for the transmission. Thankfully, the production-intent vehicle does feature a digital instrument cluster behind the steering wheel, unlike the Tesla Model 3 and Model Y.

The company also announced last year that the car’s carbon fiber molded body will be made by Italian manufacturer C.P.C., which also makes parts and assembles cars for Ferrari, Lamborghini, McLaren and Maserati. Finally, Aptera said it will integrate the new North American Charging Standard – or NACS (formerly the Tesla connector) – into its vehicles.

Aptera claims to have 39,000 preorders for its first vehicle, representing over $1.4 billion in potential revenue, according to a recent San Diego Business Journal interview with Chris Anthony, Aptera’s co-founder and co-CEO.