Getting ready for a market launch later this year.

GMC is not really trying hard to keep the new Hummer out of the curious eyes of journalists and car spotters. We’ve seen different prototypes of the all-electric testing on public roads, and our colleagues from InsideEVs even got the chance to spy a near-production example around Detroit. Today, we can finally take a look at what looks to be the final production version of the electric Hummer thanks to a new spy video.

Released by the TFLNow team on YouTube, the 10-minute video shows us at least four GMC Hummers and one of the vehicles seems to be driven by the lead engineer of the project. Ahead of the convoy, there’s a camera car and this could mean the automaker is filming some sort of a promotional video for the electric truck. There’s also a Hummer prototype with missing parts and different exterior components.

If you take a closer look at the first car in the video, you’ll be able to see what is likely the final production design of the front end. This includes the headlights, side mirrors, and front bumper, while the unfinished example behind is equipped with roof accessories like an additional light bar and roof racks. It also features a black cargo bed cover.

When you take a look from the back, some of the prototypes wear what look to be production taillights and others have provisional units. We can also take a look at the design of the tailgate with a big Hummer lettering, as well as the recovery hooks and the winch. According to the hosts, the prototypes should be riding on Goodyear 35-inch tires, which are supposed to be standard tires for the model. When it goes on sale, optionally available should be 37-inchers.

One of the test cars is even showing its interior for a brief moment with a large infotainment screen dominating the dashboard. It’s too difficult to tell by this distant view, but it seems that the cabin is almost ready for production, too.

The GMC Hummer EV is scheduled to go on sale before the end of the year and this new video could be an indication the automaker is moving on plan with the development and testing of the truck. 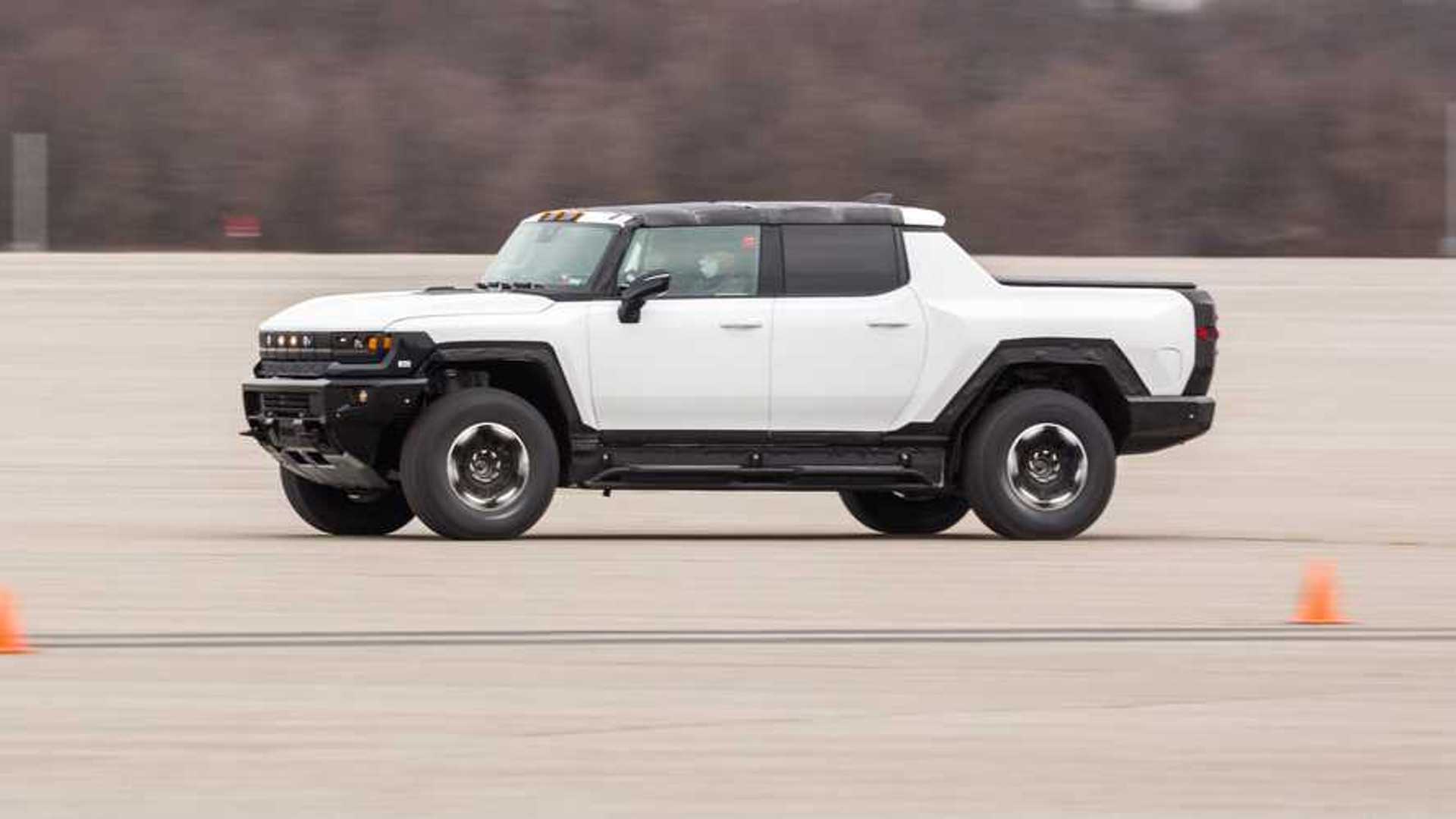 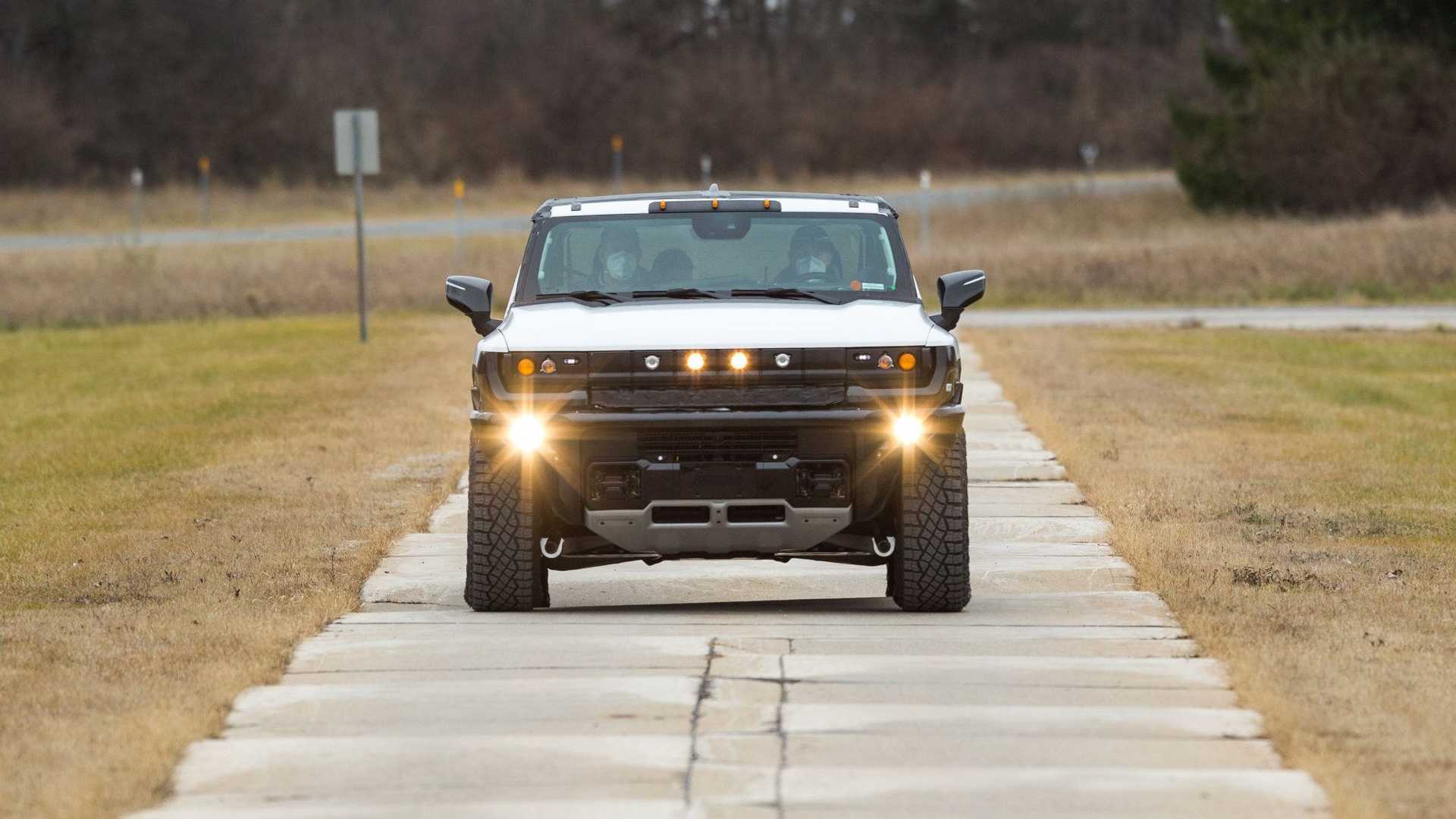 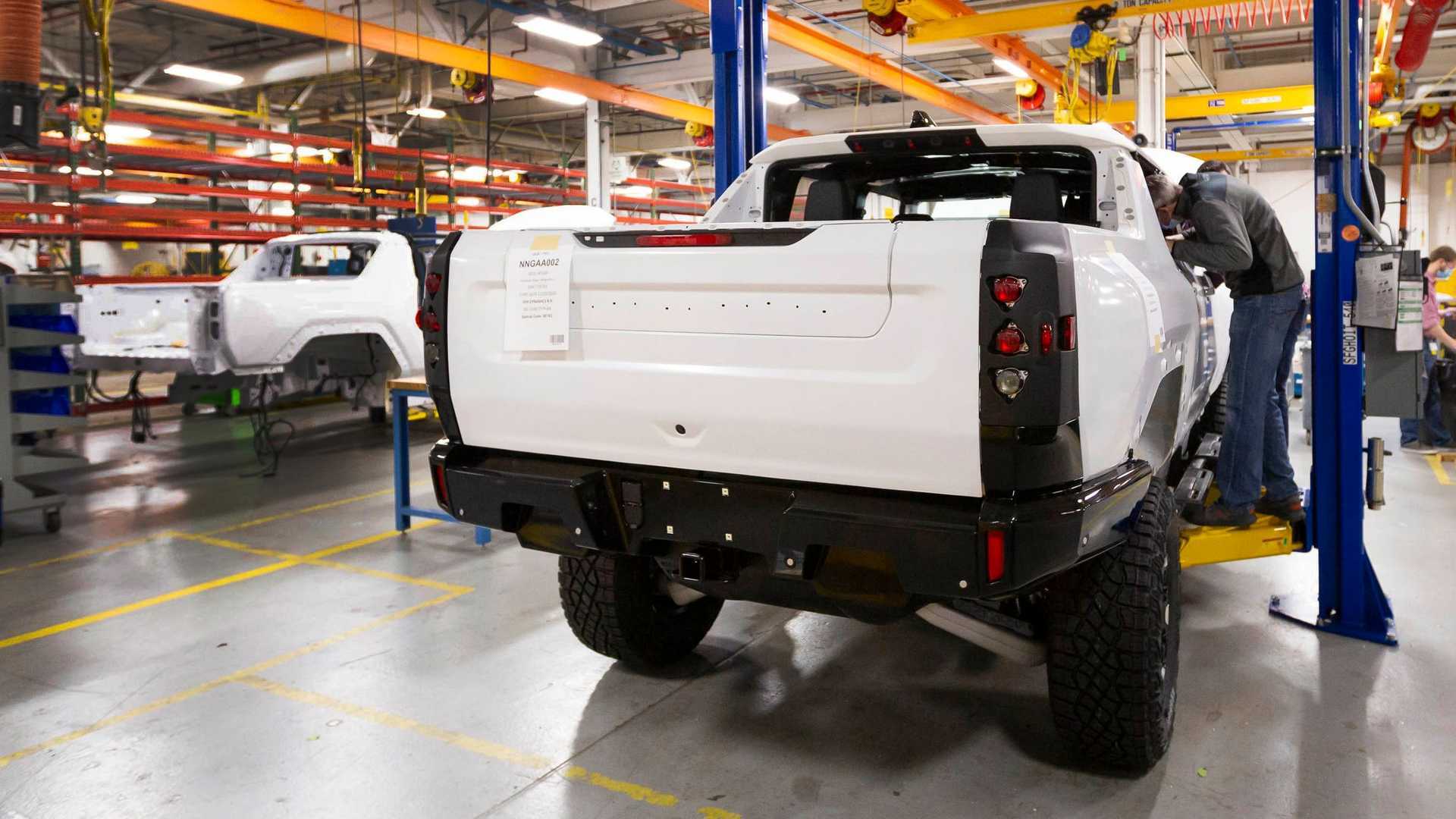