Unfortunately, Porsche was not able to improve its all-electric car sales last year, despite the fact that the number of orders remains at a high level, according to the company. The main issue with the Porsche Taycan model is production constraints.

“The decline was due to supply chain bottlenecks and limited component availability. Both issues affected the electric sports car in particular.”

The share of all-electric cars out of Porsche’s total volume amounted to 11 percent.

Unfortunately, the Porsche Taycan family is no longer selling better than the 911, but at least it’s above the Panamera (marginally).

Maybe in 2023 things will get better and we will see an all-electric Porsche as the third most popular type.

Cumulatively, Porsche sold more than 96,000 Taycans globally, which means that within a month or two, we should hear about the 100,000th unit being sold.

Porsche does not report the number of plug-in hybrid sales (Cayenne and Panamera), but we guess that they would also have a noticeable share out of the total volume.

Last year, about 2,500 Porsche PHEVs were sold in the United States. 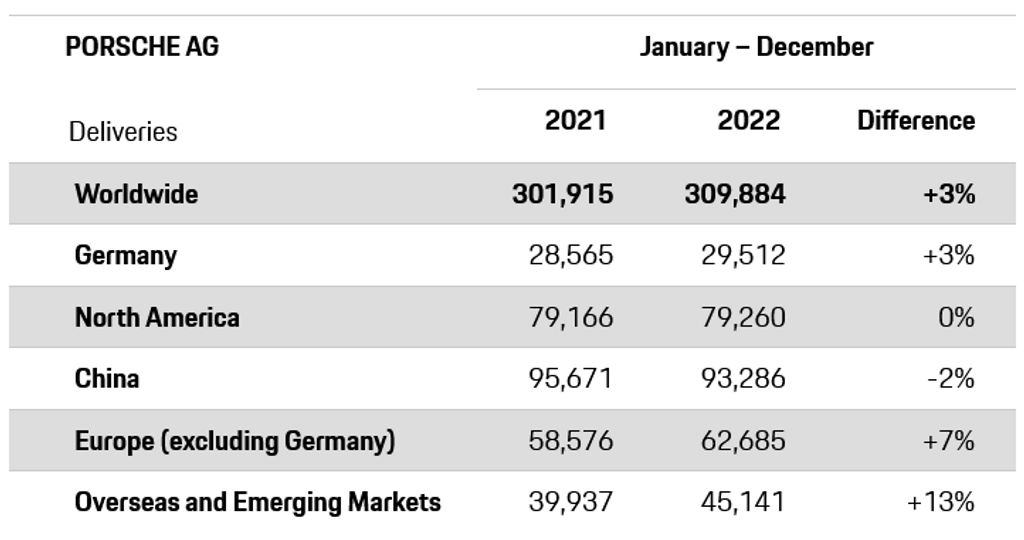