The flagship Turbo S was used for its neck-snapping acceleration (and braking).

In 2011, Tanner Foust set an indoor speed record in his $500,000 Ford Fiesta Rallycross for an episode of Top Gear America. His 560-horsepower supermini reached 87 mph (140 km/h) inside a one-million-square-foot warehouse. Fast forward to 2021, that record has now been smashed by Porsche with a far more affordable car. Well, kind of affordable as it still costs $185,000 before options.

We’re talking about a Taycan Turbo S driven by professional race car driver Leh Keen inside the Ernest N. Morial Convention Center in New Orleans, Louisiana. It’s over one million square feet, making it ideal for this type of record. However, Porsche explains that driving a car at high speeds on a polished concrete surface is almost like driving over ice. 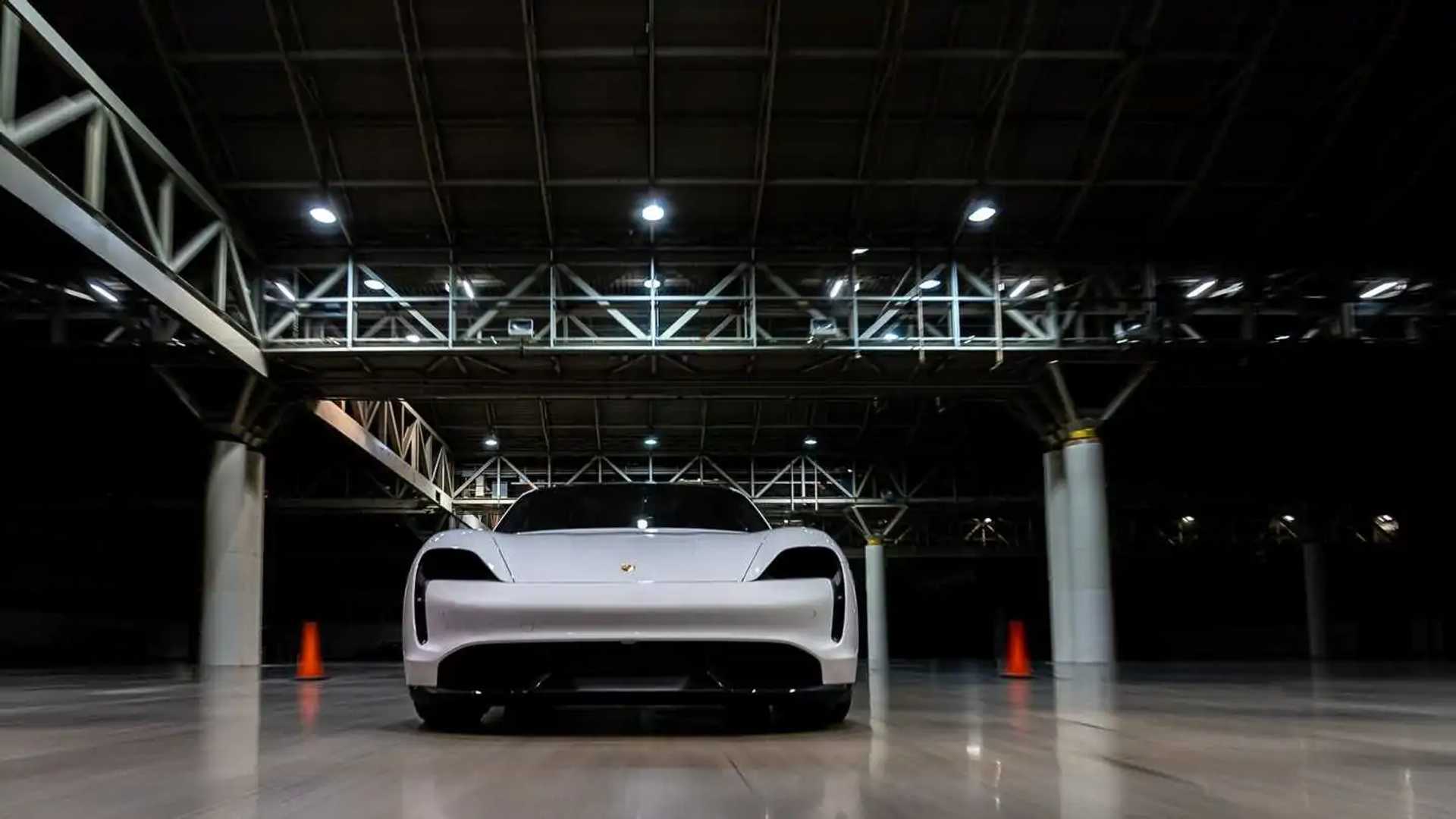 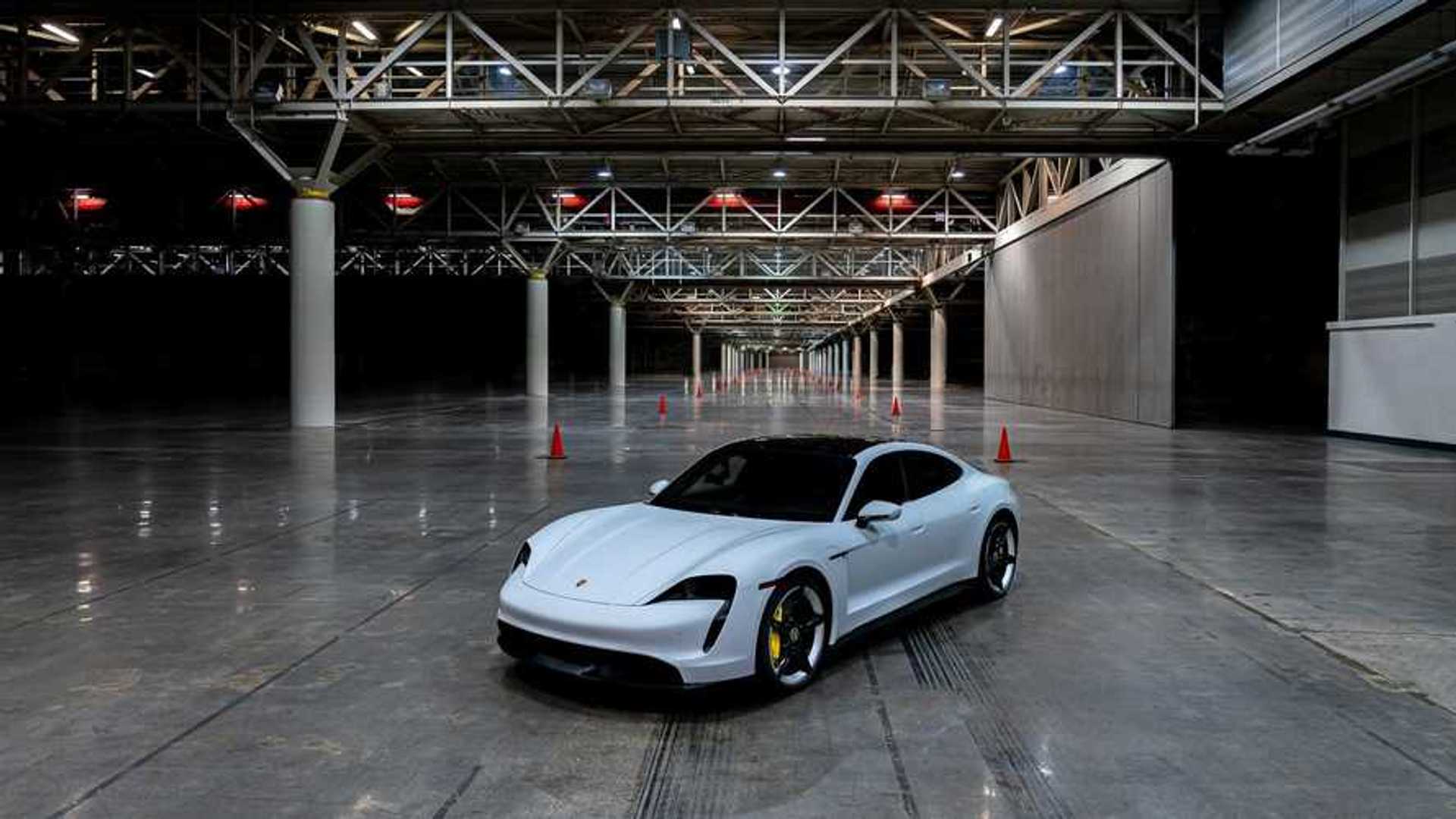 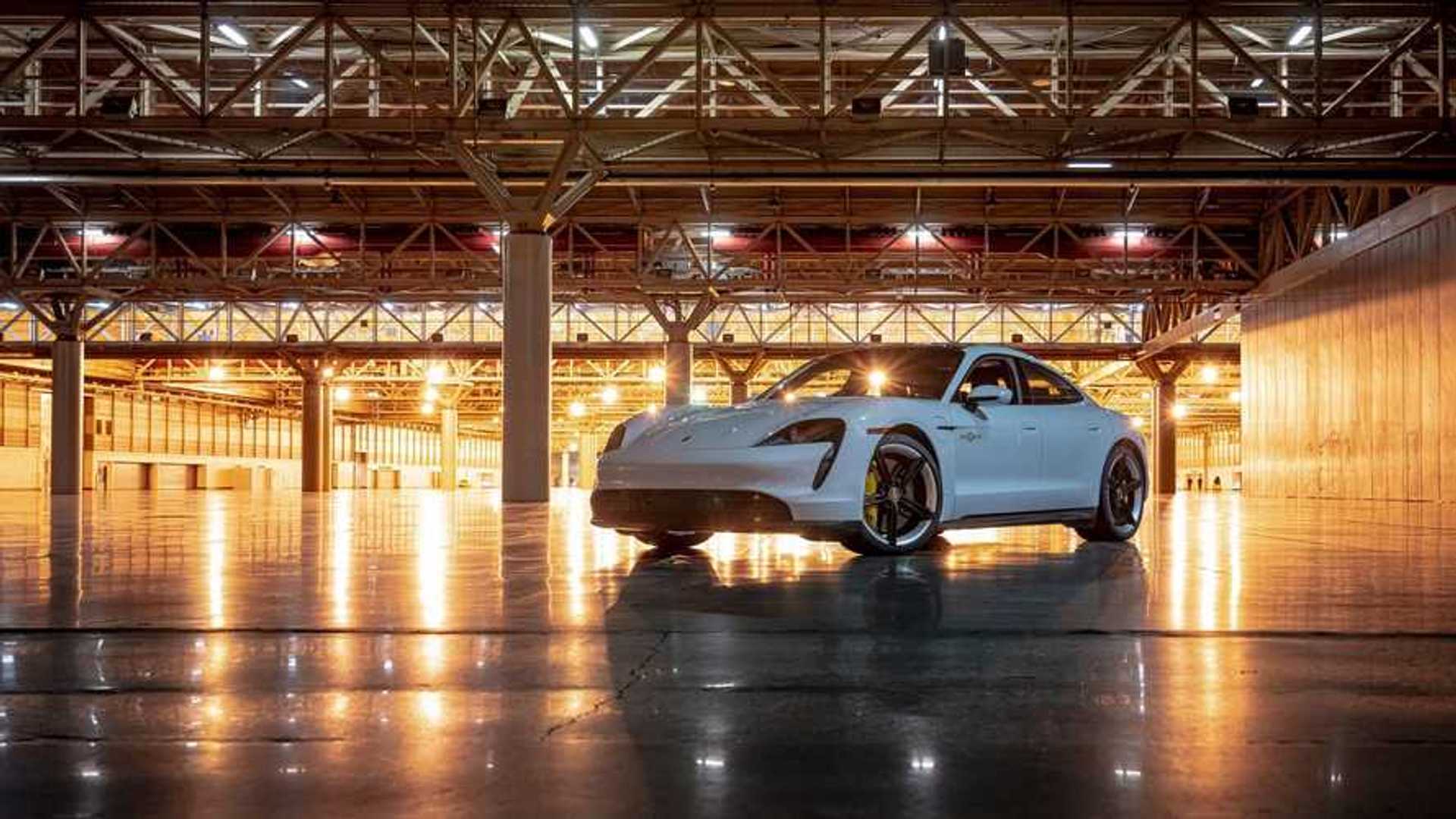 The flagship Turbo S was chosen for its impressive acceleration, needing a mere 2.6 seconds to reach 60 mph from a standstill. The all-wheel-drive sedan also happens to have carbon-ceramic brakes to provide the necessary stopping power and reduce the risk of colliding with the building’s wall. Leh Keen managed to get the electric Porsche to 102.65 mph (165.20 km/h), which although doesn’t come close to the car’s top speed of 162 mph (260 km/h), doing it inside a building is quite the feat.

The new record was established after a single attempt, following several exploratory runs done at low speeds. The Taycan Turbo S had the original street tires, which were preheated before the run to ensure optimal grip. In order to meet the criteria established by the Guinness World Records, Leh had to start and finish at the standstill, without relying on the peace of mind provided by a safety net. In addition, the driver wasn’t allowed to open the doors during the attempt as a last-second escape measure.

In case you haven’t noticed, the Taycan Turbo S lacks headlights. We’ve asked Porsche why and a company representative explained that in order to qualify for a record, the attempt must be done with a non-homologated car. Porsche’s solution was to simply yank off the headlights.

The Guinness World Records page reveals the record-breaking run actually took place on November 18, 2020, but it’s only now Porsche is revealing the achievement. It follows several other records established in recent months by the Taycan, including the longest drift done by an electric car.

It is worth mentioning Tanner Foust’s record was essentially matched in 2013 by Mikko Hirvonen. Driving a cross kart weighing only 312 kilograms (688 pounds) and powered by a 150-hp Suzuki motorcycle engine, the Finnish rally car driver hit virtually the same 140 km/h (87 mph) velocity as the bonkers Fiesta Rallycross. Guinness World Records actually credited Mikko Hirvonen as the record holder due to a slightly higher top speed (140 km/h versus 139.98 km/h). Well, up until now.

Attached below are the two previous record runs from 2011 and 2013: