Porsche currently only offers a track pack for the Taycan in Germany. It is features the same modifications made to the Taycan that broke the Nurburgring Nordschleife lap record for electric vehicles earlier this year, and according to a report from the UK, it might eventually be offered outside Germany.

The Taycan Peformance Kit is currently only offered in Germany and it includes 21-inch RS Spyder-design lightweight wheels (previously only available as an option on the Taycan GTS) wrapped in Pirelli P Zero Corsa performance tires, as well as updated software for the Porsche 4D Chassis Control system (with alterations to suspension tuning to work specifically in conjunction with the extra added grip).

The wheels are not only on higher performance rubber, but the contact patch is also larger because they are wider front and rear. Up front they are 275 mm wide (10 mm wider than the standard 21-inch Turbo S wheels), while at the back they are an impressive 325 mm wide (20 mm wider than standard). 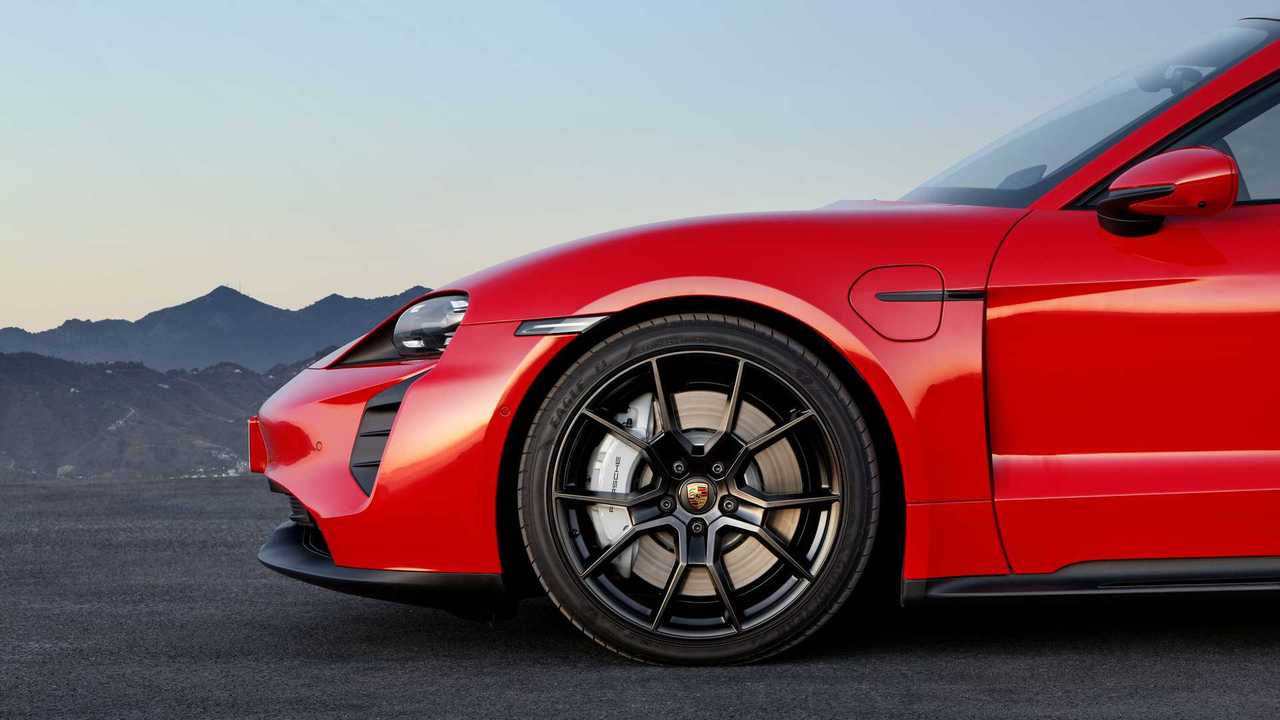 Only offered on the top Taycan Turbo S models, the pack doesn’t feature any suspension or any other mechanical changes whatsoever. Porsche development driver Lars Kern, the man who drove the specially prepared Taycan around the 20.8 km Norschleife in 7 minutes and 33 seconds surpassing the Tesla Model S Plaid, explains that

In the past, only thoroughbred super sports cars got into the 7:33 range. With the new performance kit I was able to push even harder, and the car was even more precise and agile to boot.

Now Autocar says that Porsche is considering offering the performance package, which costs €13,377 ($13,823) in Germany, in other markets if it sees there is enough customer demand to justify the effort. The publication doesn’t say where it has the information from, only stating that it comes from “a company spokesperson responsible for the Tayan.”

Do you think the track pack would find buyers in the United States? We say that for the most hardcore of enthusiasts who would frequently take their Taycan Turbo S to the track, this pack would definitely be of interest, not only for improving circuit performance, but also to mark out their Taycan as belonging to a keen driver – those wheels immediately stand out and will alert others that it’s a bit special.