Police shut down huge car meet after 300 vehicles turn up 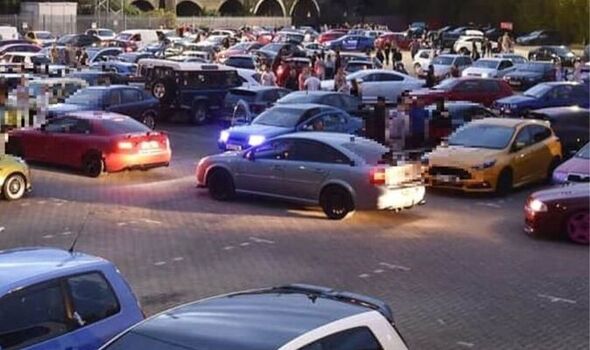 Reports have emerged of police shutting down a car meet in a car park in Staffordshire, which attracted around 300 vehicles. After reports emerged of anti-social behahviour, such as individuals letting off fireworks, dog handlers were brought in to disperse the cars and crowds.

According to StokeonTrent Live, Staffordshire Police’s road policing unit say they were greeted with between 200 and 300 cars at the meet in Burton. They joined up with dog handlers to disperse the vehicles where there had been anti-social behaviour and fireworks being let off.

The force says the road policing unit targeted ‘hotspot locations’ in Burton on Sunday – including the large meet. During the crackdown six tickets were issued, StokeonTrent Live reports, along with two Section 59 warnings which related to vehicles being used in an anti-social way.

A Tweet from the road policing team said officers had been greeted with ‘some absolute childish behaviour’, something people seemed keen to agree with in the comments.

Commenting on the article, one reader wrote: “Nice to see some police doing something about these noisy childish clowns.”

Someone else wrote, “Well done police” with another adding “Cars are for transport and that’s all they should be used for on public roads and other public spaces.”

Meanwhile, some readers shared their belief that the people at the meet-up should have been left alone to ‘have fun’.

It comes as neighbourhood officers linked up with the road policing team to target car cruising and street racing in the south of the county.

As reported by StokeonTrentLive, during a two-week operation in Featherstone and Coven where the A460 and A449 were put in the spotlight a total of 62 drivers were reported for motoring offences – while three individuals were arrested.