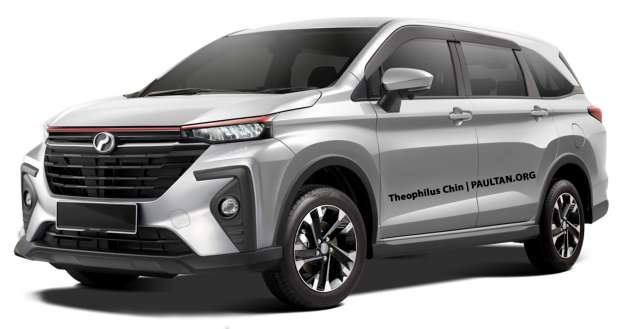 During a press conference following the announcement of Perodua’s outlook for 2022, the national carmaker revealed some details pertaining to new model launches that will take place this year.

“Our actual capability is about two minor changes (facelifts) and one full model change (all-new) per year, so we will continue with that plan, and if you noticed, in the investment [plan], one of the biggest chunks of the investment is actually new model development,” replied Perodua president and CEO Datuk Zainal Abidin Ahmad when asked what new models the company has planned for 2022.

Referring to Perodua’s investment plan for 2022, the carmaker has set aside RM1.3266 billion, of which RM529.1 million will be dedicated to new models. The total amount is nearly double what it invested in 2021 (RM696.3 million) and is substantially more than in previous years as well – it’s more than double the amount invested in 2018 and 2019.

For now, Perodua isn’t willing to reveal what new models we can expect, but we can make some educated guesses. The first is the next-generation Alza, which is currently codenamed D27A and is widely tipped to be based on the latest Toyota Avanza/Daihatsu Xenia that are built on the Daihatsu New Global Architecture (DNGA). 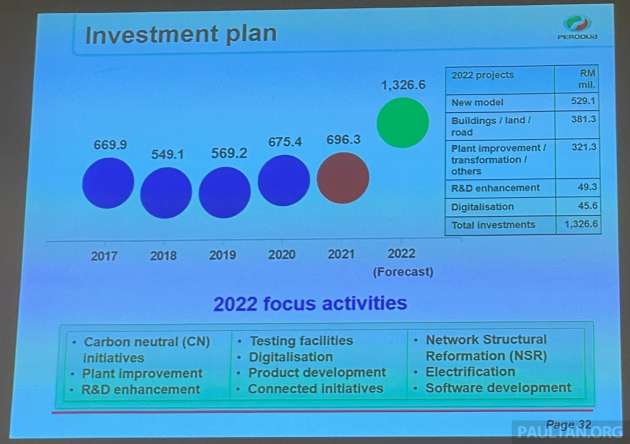 That platform is already used by the Ativa and the new MPV should feature the Myvi’s 2NR-FE 1.5 litre naturally-aspirated four-cylinder engine and D-CVT. However, don’t expect an all-new Alza to appear anytime soon, as Perodua has decided to extend production of the current model until April 2022, with D27A production only expected to take place after then.

With an Alza successor taking up the full model change slot, that leaves just two facelifts to figure out. In descending order of new launches (facelift or all-new), the latest Myvi was introduced in November 2021, and before that, the Ativa burst onto the scene in March 2021, while the Bezza got its facelift in January 2020 after first being launched in July 2016. As such, looking at Perodua’s line-up, the Aruz and Axia can be considered the “oldest” models on sale – excepting the Alza – and are possible candidates for an update.

Let’s start with the Aruz. First launched in January 2019, the sister car to the Toyota Rush has remained largely unchanged since it went on sale, save for a minor update in May last year that saw the addition of new side steps, another colour option and an automatic door-locking function. Said update saw no significant changes to the seven-seat SUV’s styling.

It’s a different story for the Axia, which has been with us since September 2014. The A-segment hatchback has already been given a facelift in January 2017, and this was followed up by another refresh in September 2019 that brought about an updated and common face for all variants (with some slight trim differences) and the introduction of a new Style variant.

For potential improvements that the Axia could get in 2022, we can refer to the Daihatsu Ayla/Toyota Agya sold in Indonesia. Those models, which are siblings to the Axia, were updated in March 2020 and benefitted from new styling and equipment changes – the latter includes new digital controls for the air-conditioning system.

Of course, we’ll have to wait for Perodua to officially confirm the new models (facelift or otherwise) it has planned during the course of 2022, so take our guesses (except the all-new Alza) with a pinch of salt for now.