Plug-in hybrids show signs of market expansion in Norway, while BEVs are slowing down.

In June, passenger car sales in Norway decreased by a quarter year-over-year and plug-in cars were also noticeably affected.

Some 7,587 new passenger plug-in cars were registered last month, which is over 14% less than a year ago, although the market share improved to over 66%.

The latest trend in Norway is a decrease in all-electric car sales year-over-year (in the past four months) and increasing sales of plug-in hybrids.

Stats for the month:

The top all-electric models in June were probably the Volkswagen e-Golf (although we don’t know how many exactly out of the total 724 Golfs sold) and Hyundai Kona Electric, followed by Tesla Model 3 (527) and this year’s bestseller – Audi e-tron (453), which is #1 after the first six months by a huge margin.

An interesting thing is that the Mercedes-Benz EQC appeared in the top 20 with 220 registrations in June and 844 YTD. It’s another sign that the EQC is ramping-up.

On the other hand, Tesla noted just 33 Model S/Model X registrations (278 YTD). Also, the Jaguar I-PACE disappeared from the radar so it must be below 216.

BEV results already in our database: 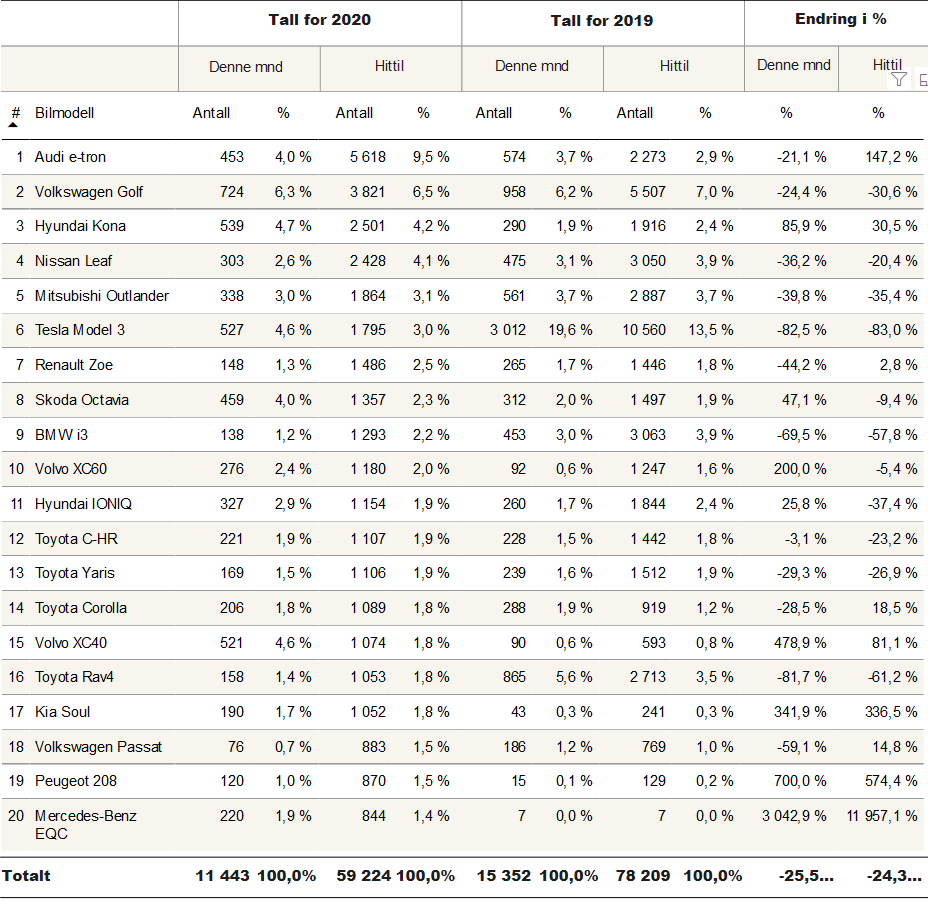