Former auto designer Graham Browne, who drew the plans for the TVR Tuscan convertible, launched the British start-up Northern Light Motors, which has been praised as “the future of personal transport.” The Northern Light Motors e-trike, which resembles a velomobile, is available in a variety of configurations.

The least expensive 428-Blue model is pedal assist-only, has a 10-speed gear derailleur, and has hydraulic disk brakes. The 557-Green, which is the next model up, adds a 10.5Ah battery and an electric motor with power outputs ranging from 250w to 750w. Consequently, a range of 50 miles and a top speed of 40 miles per hour are claimed. Other tech features of the 557 include a removable roof and LED lights. 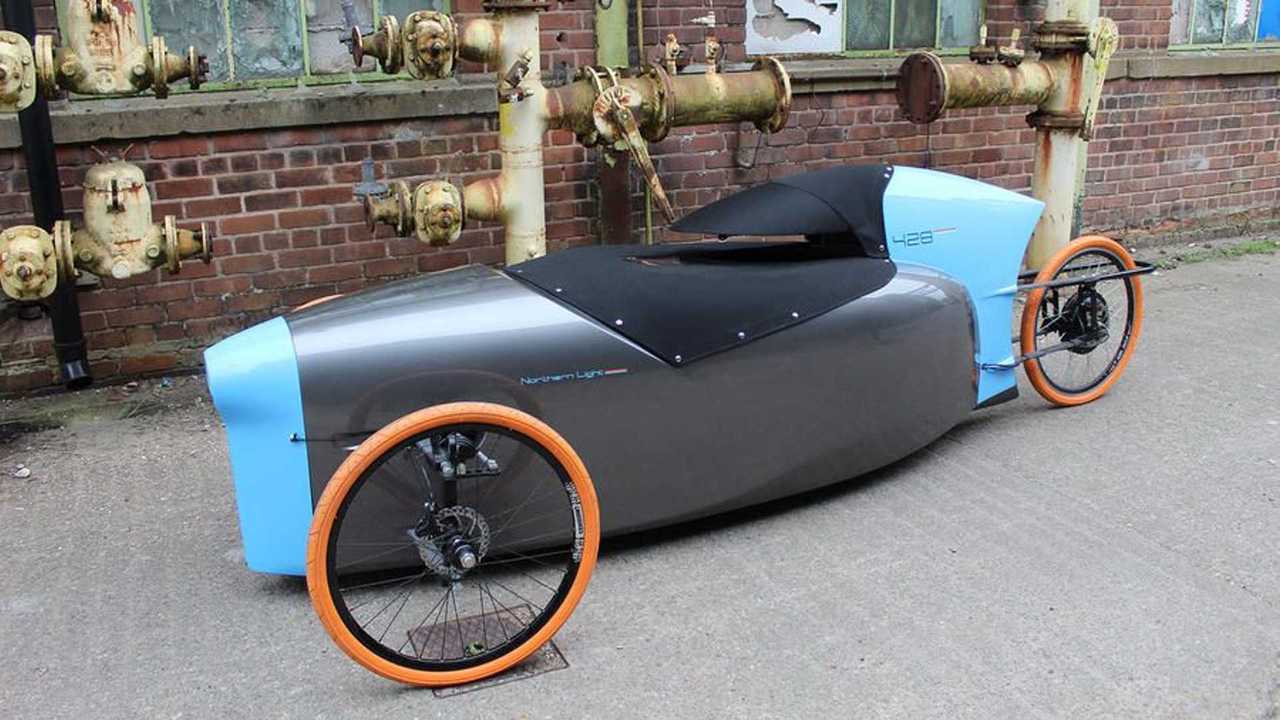 The 630-Red is the model at the top of the range. The 48V, 20Ah battery and 1.5kW hub motor in the fully electric model give it a claimed range in excess of 40 miles and a top speed of 28 miles per hour. The 630, the top model in the lineup, also has performance tires and brakes. Tech features include a dedicated mobile app and Bluetooth smartphone connectivity. Additionally, CBT license holders are permitted to operate the 630-Red on public roads.

“I think a simple vehicle that’s got the key ingredients, i.e. weather protection, some safety, some luggage, is the way forward,” explained Browne in an article published by Autocar. “All of the contactable surfaces are well above bumper height, which is an important consideration. It’s much safer than driving an e-bike or a moped, somewhere between a moped and a car,” he continued.

As for pricing and availability, Northern Light Motors hopes to roll out its new velomobile by early 2023. Pricing is expected to start at £4,000 for the all-manual 428-Blue, so we can expect prices to be much higher for the electric-assisted models consisting of the 557-Green and the 630-Red.