But of course, a massive rear wing is mandatory.

It’s been a while since we’ve seen the next Honda Civic Type R being tested on public roads. In fact, the last spy shots were from a year ago and since then, Honda has already gone leaps and bounds on the Civic nameplate. More specifically, the Japanese automaker has already revealed the next-generation Civic Hatchback, which we all know to be the basis of the next red-badged Civic.

This time around, our spy photographers have spotted the next Civic Type R while testing under the sun in southern Europe. 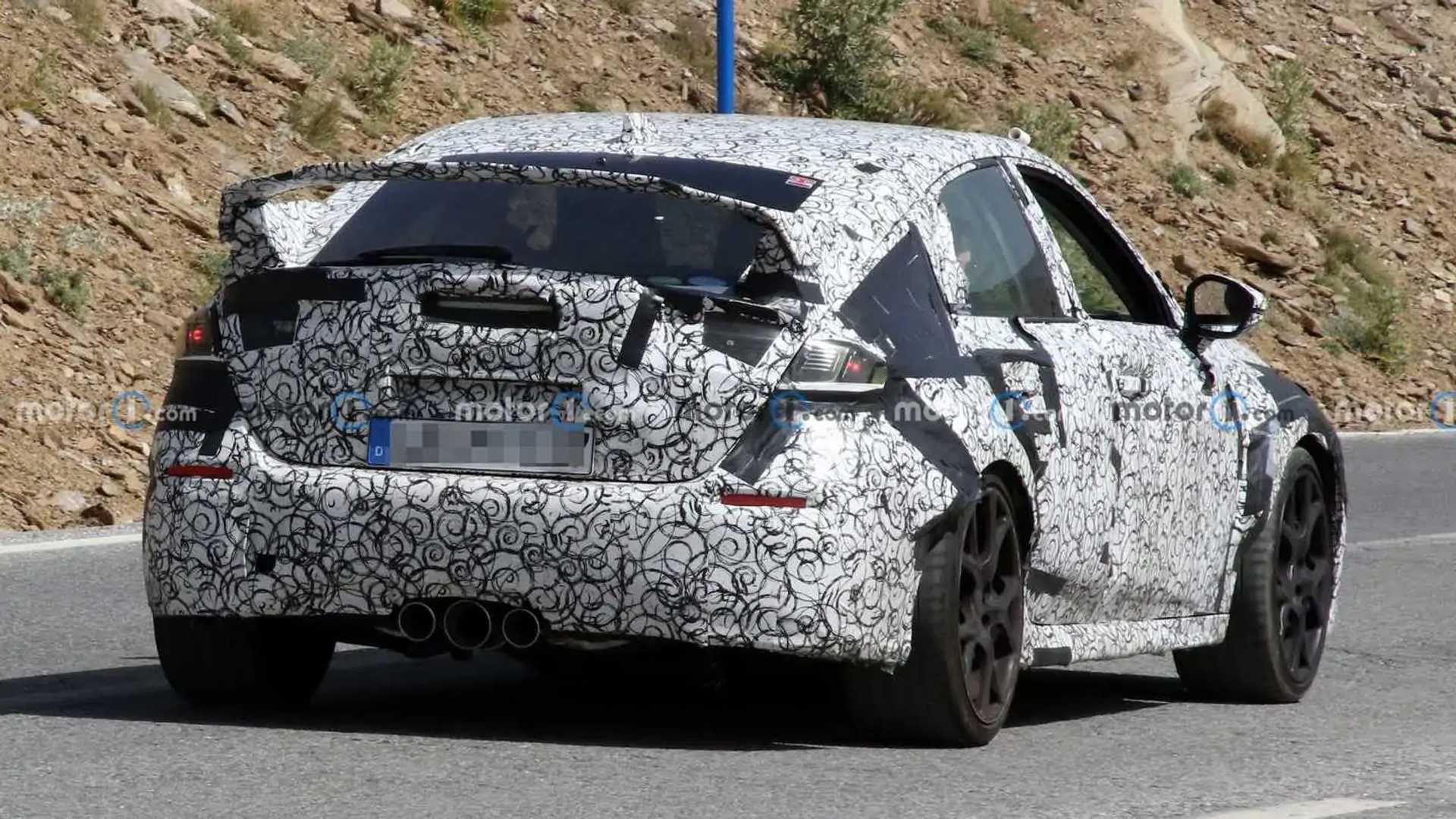 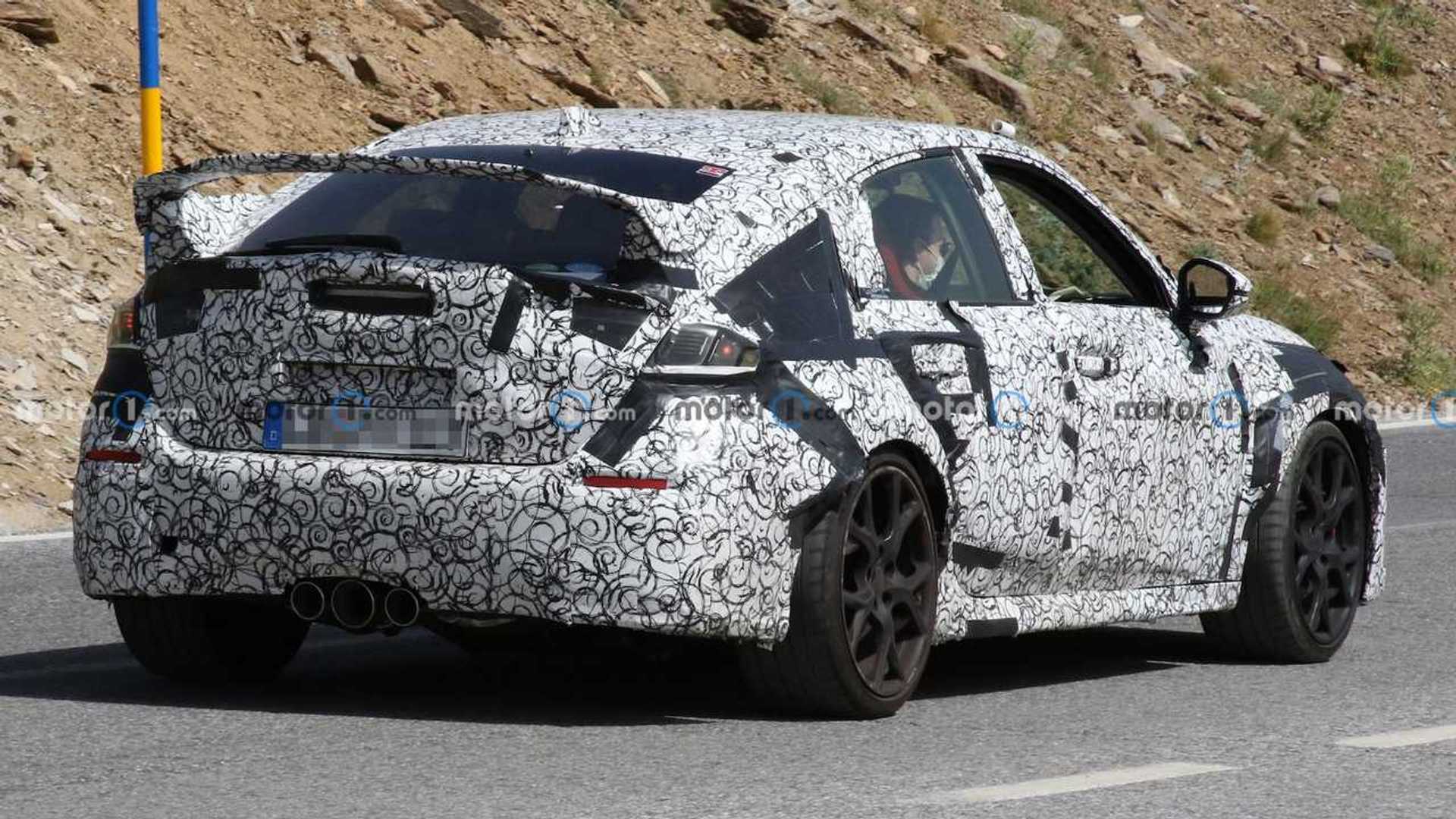 By the looks of it, this prototype that’s being tested is already on its production body but of course, it’s still covered in swirly wrapping and lots of cladding to hide the design underneath. One thing you can’t miss though is the fact that the next Type R won’t have the spoiler-plus-wing setup as the outgoing generation. However, it’s important to note that the Civic Hatchback has an integrated, albeit tiny, spoiler on its tailgate.

Another thing that’s also missing from this prototype is the set of vortex generators found on the current generation CTR. We believe Honda’s going for a more understated design on the next Type R. If that’s a good thing, that’s entirely up to you.

Honda, however, is carrying over the centrally-mounted triple exhaust tips, as well as the hood vent for extra cooling.

As for the cabin, there isn’t any clear shot from the spy images but you can see the tablet-like floating touch screen, just like what you see on the normal Civic Hatchback. In fact, you can just check out the Civic Hatchback’s interior images and imagine a plethora of red accents for reference.

Honda has already confirmed the launch of the next Civic Type R to be happening next year. Powertrain details are scarce and mostly unconfirmed at this point, but enthusiasts would be happy to know that it will be stick-shift only, with a huge possibility of additional power.