New driving laws set to be introduced from Saturday will allow rental electric scooters to use public roads in a bid to ease congestion. The new scooters will run up to 15.5mph next to cars across several major cities, which many fear could create a safety risk for riders and car drivers.

Mr Freeman has claimed officials are trying to “rush” the plans through without having “clear measures in place”.

He has pushed for a range of safety features and extra road infrastructure to be put into place to ensure scooter riders and drivers are safe at all times.

Speaking to Express.co.uk, Mr Freeman said: “There are lots of things that need to be put into place.”

He added: “What they are doing is they’re trying to rush this through. It’s a year pilot, you cannot rush this through without it going to cost lives, you have to have clear measures in place.” 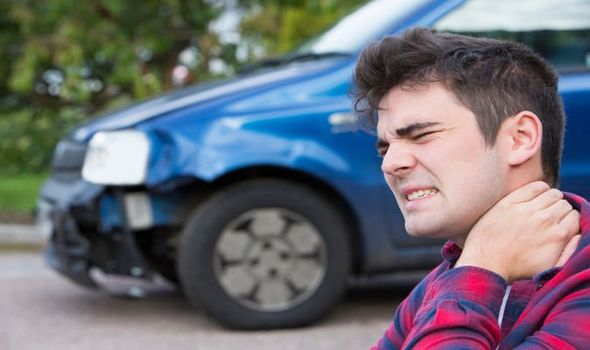 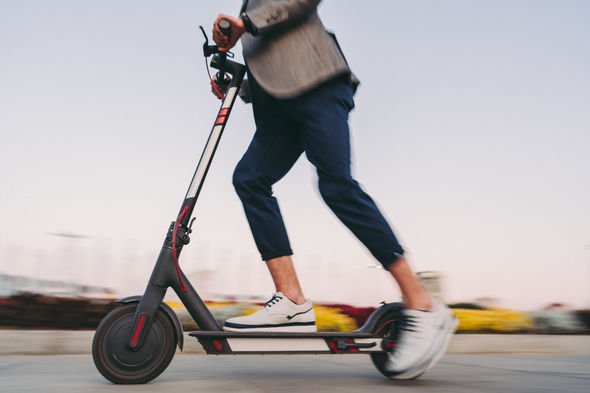 To boost safety of the new bikes, the lawyer has called for an identification system to be put into place.

Mr Freeman revealed electric scooters are classified as Personal Light Electric Vehicles (PLEV) and are regarded from a legal perspective as a motor vehicle.

An identification system would ensure any riders breaking the law could be prosecuted or fined for their actions.

Scooter riders caught nipping inbetween cars or driving aggressively would still be classed as driving without due care and attention which can lead to fines.

He urged the system should not be used until an identification system is in place which would help boost road safety.

He told Express.co.uk: “My concern at the moment is how are we going to identify the people that are using them.

“That has to happen. You cannot let people use these machines without any form of identification in place.

“And the problem is the physical stature is so smalls dn so diminutive you’re not going to be able to place an identifying feature such as a number plate or registration plate so the only way you’re going to identify is having a tabard.”

Lawyer Nick Freeman has previously warned the silent and agile machines could nip between drivers which may lead to accidents and prosecutions.

Alongside an ID system being introduced, Mr Freeman revealed how the construction of extra infrastructure would help boost safety in the long term.

In a similar fashion to London’s Cycle Superhighways, the lawyer has called for an specially adapted lane to be built to keep the new tools away from the road.

However with some Superhighway routes costing up to £70milion to construct a new lane could be a long way off. 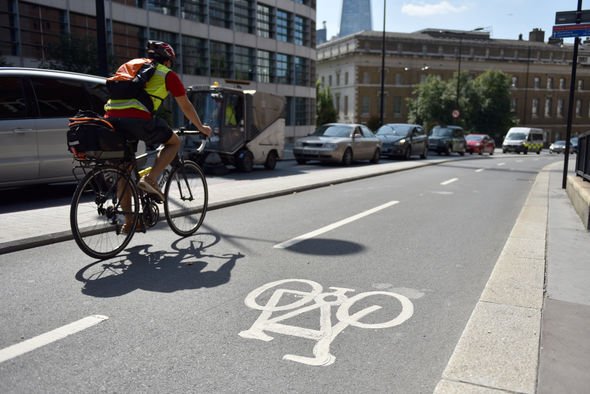 Mr Freeman told Express.co.uk the dedicated lanes would be “totally safe” as kerbs would be placed between scooter riders and vehicles.

“It’s a proper road surface, it’s not riddled with potholes and it has a kerb so that it’s protected and cars cannot get in there. So it’s totally safe.

“Then they are kept out of cars way and you’ve basically got pedal cyclists, electric bikes and you’ve also got e-scooters, that’s what needs to happen. But that isn’t going to happen overnight.”

Mr Freeman has previously warned motorists would be initially blamed in any incidents between an eclectic scooter and a car.

The “default position” would be to blame the driver unless they can prove that they were in control of the vehicle and the accident was the rider’s fault.