BMW’s big SUV began rolling into driveways for the 2019 model year, but its look will soon change. The German automaker is giving the X7 a mild makeover for its mid-cycle refresh, and it could make substantial changes to the front fascia. The latest batch of spy pics, captured near the Nurburgring as the SUV returned to the company’s test facilities, shows the SUV still hiding both fascias, though we can see the new headlights.

Previous spy shots alluded to the model’s new front-end design, which appears to include a split-headlight appearance. The latest photos show the headlights illuminated, sitting noticeably lower on the SUV’s face than before. The prominent grille looks unchanged, though it should receive a few tweaks. The rest of the fascia hides behind swirly camouflage, so we can only guess the changes it’ll receive. The rear is still camouflaged, though it doesn’t appear to hide any significant styling changes. 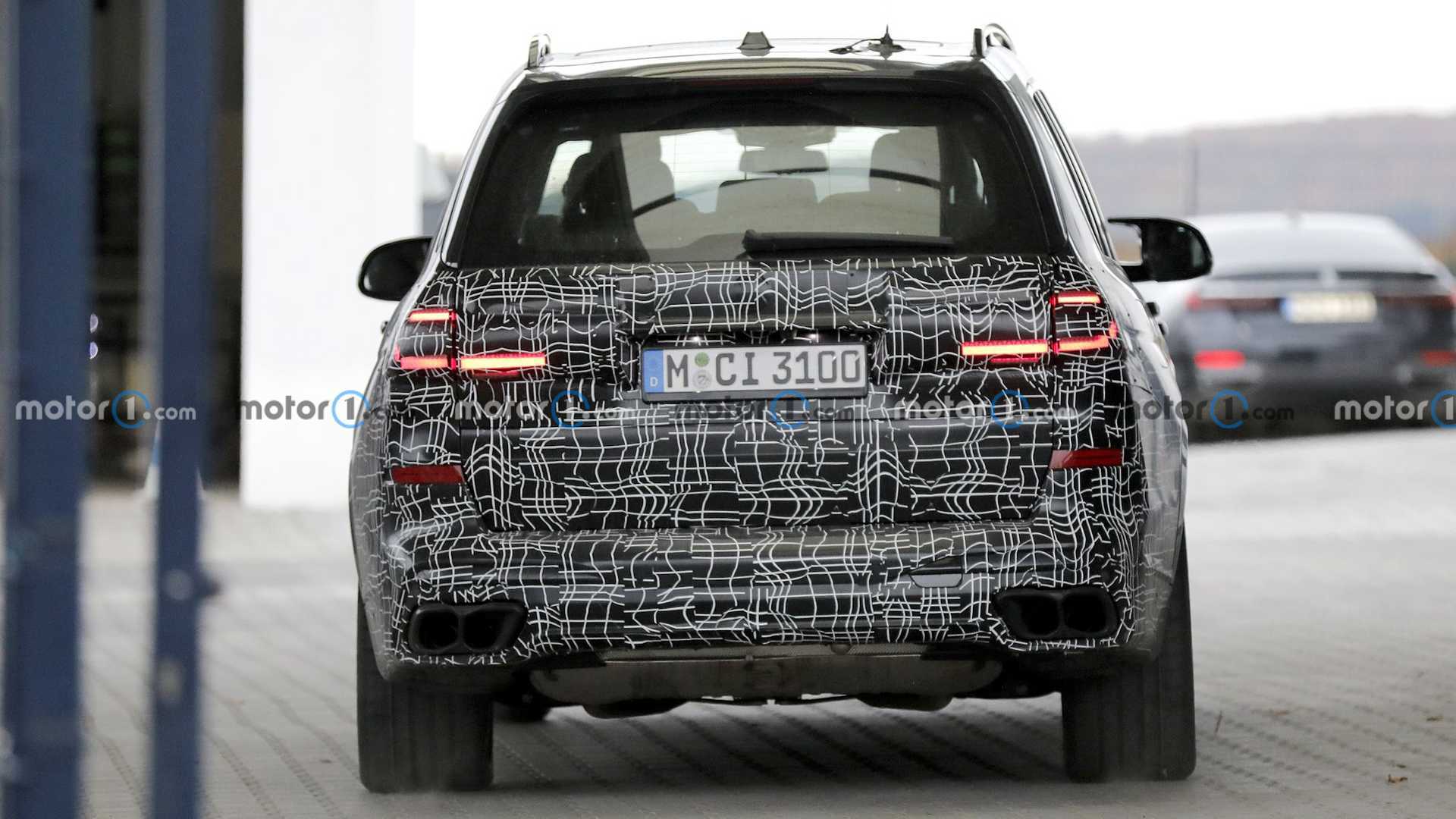 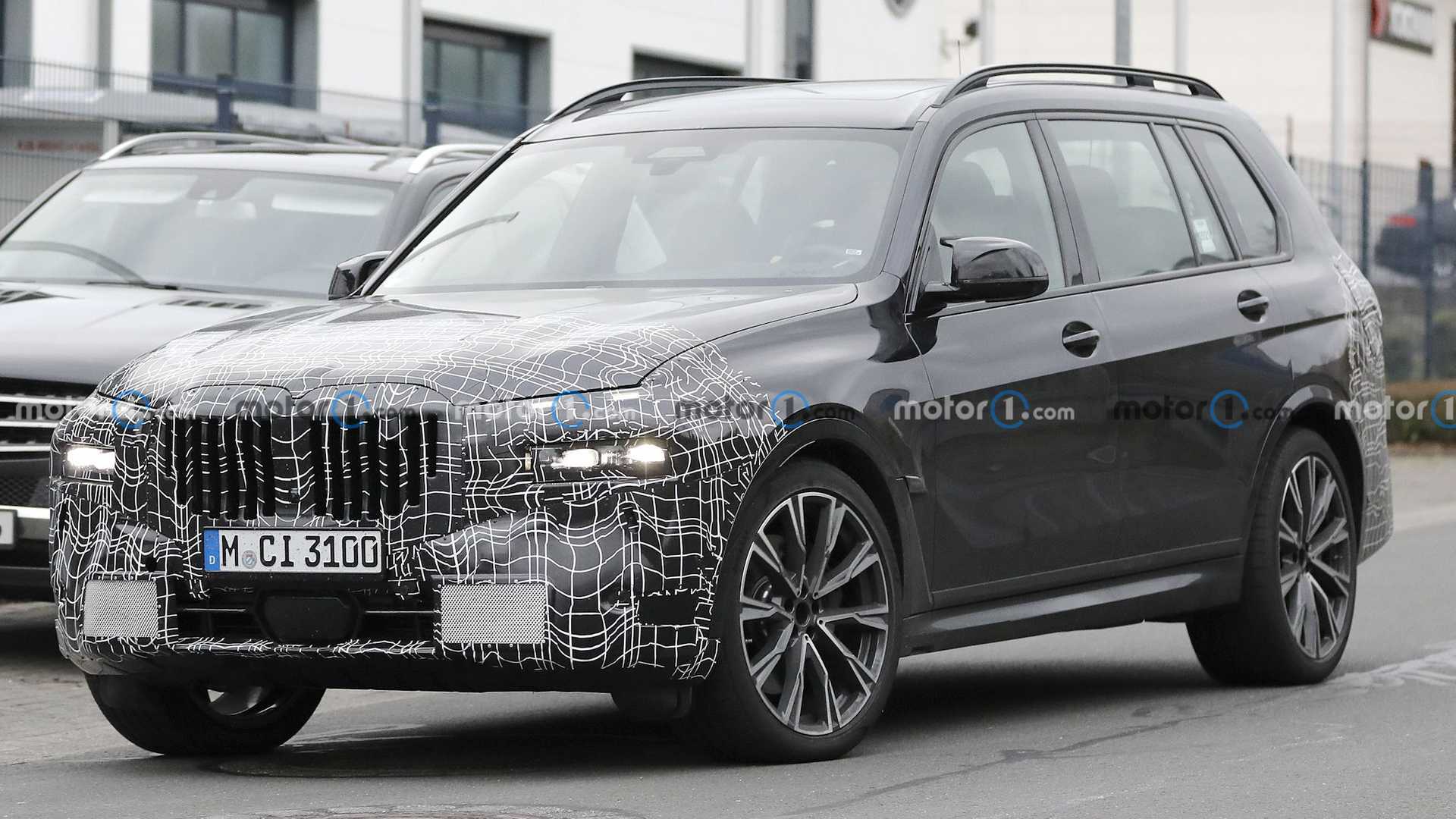 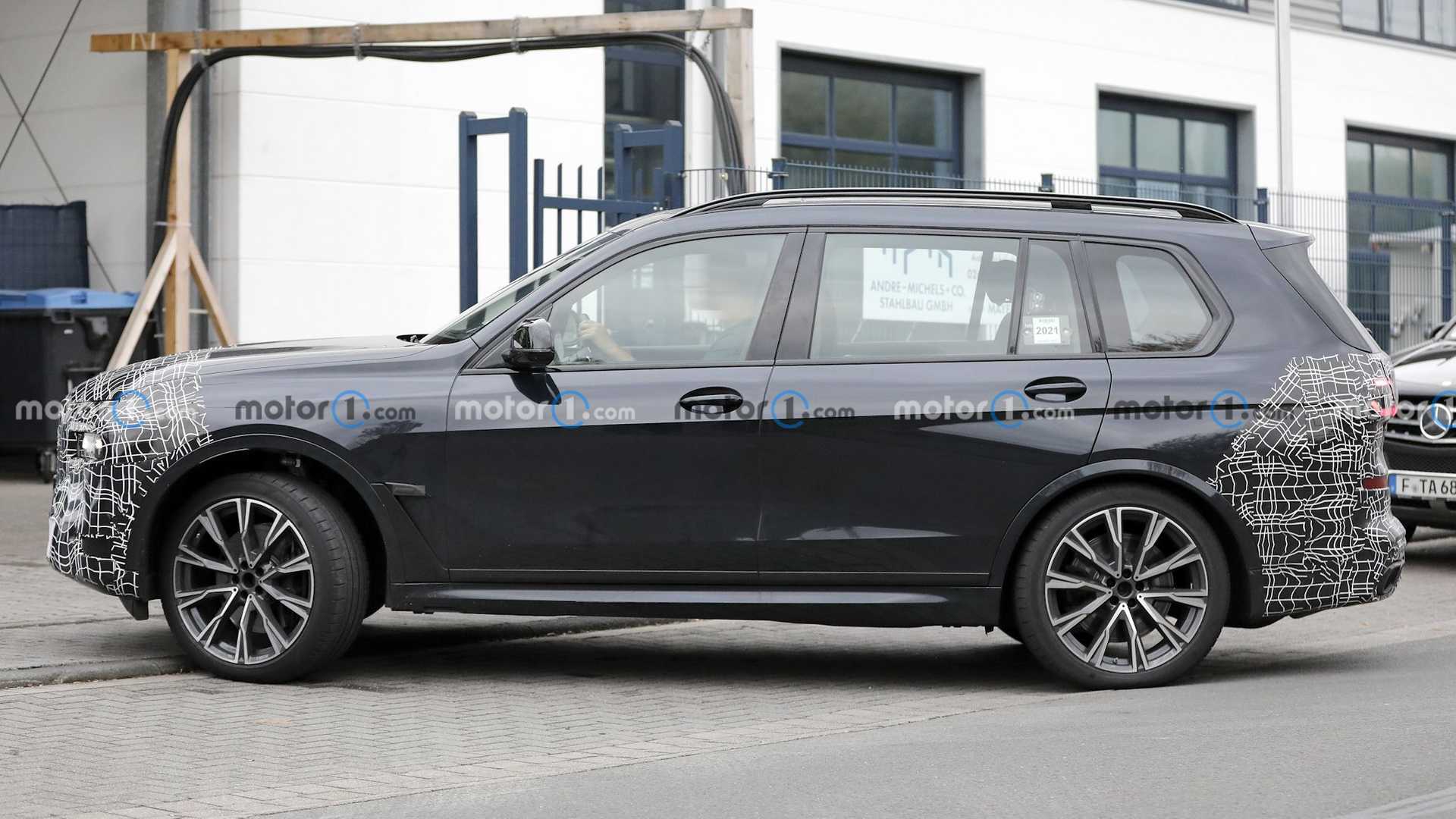 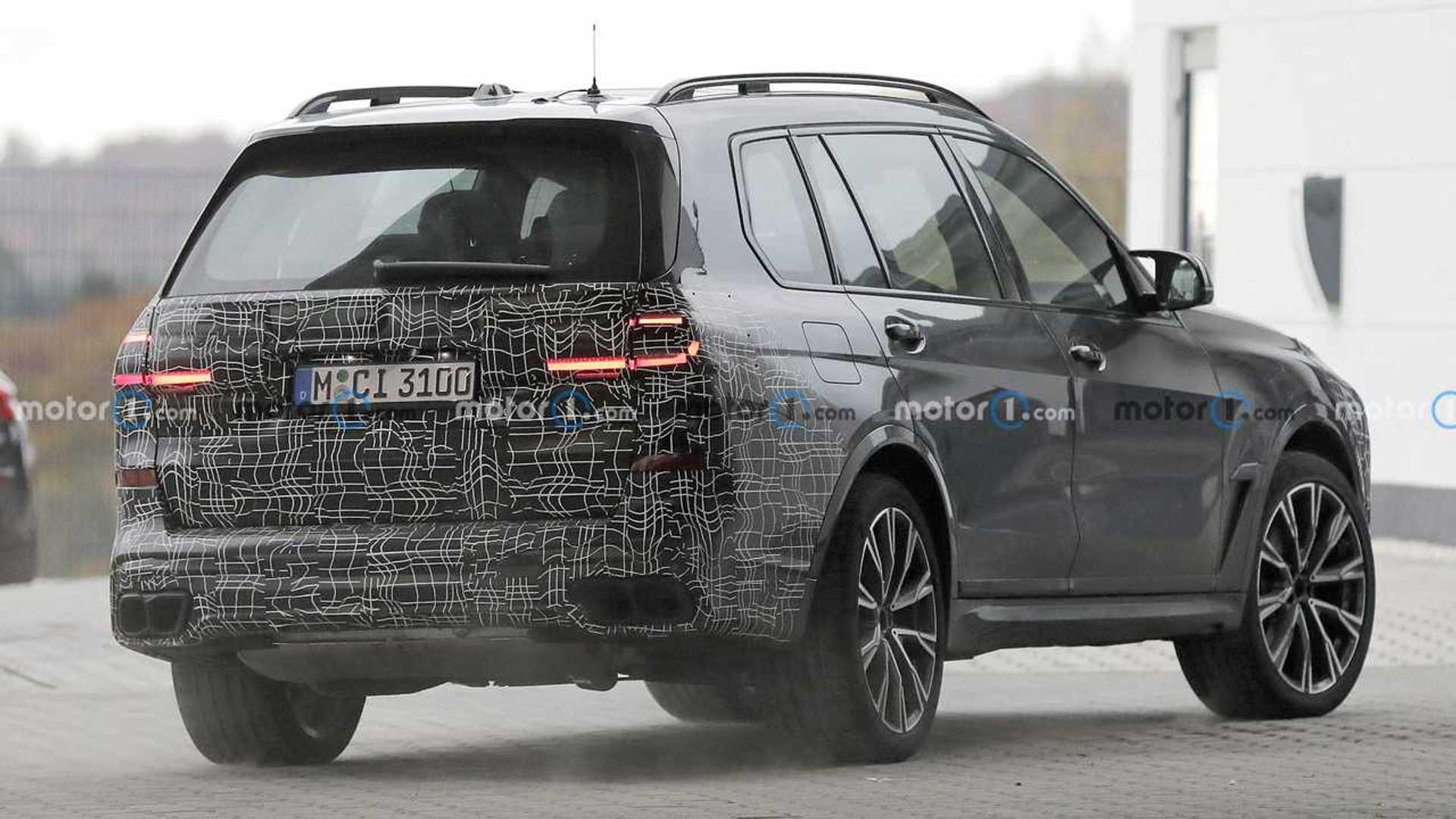 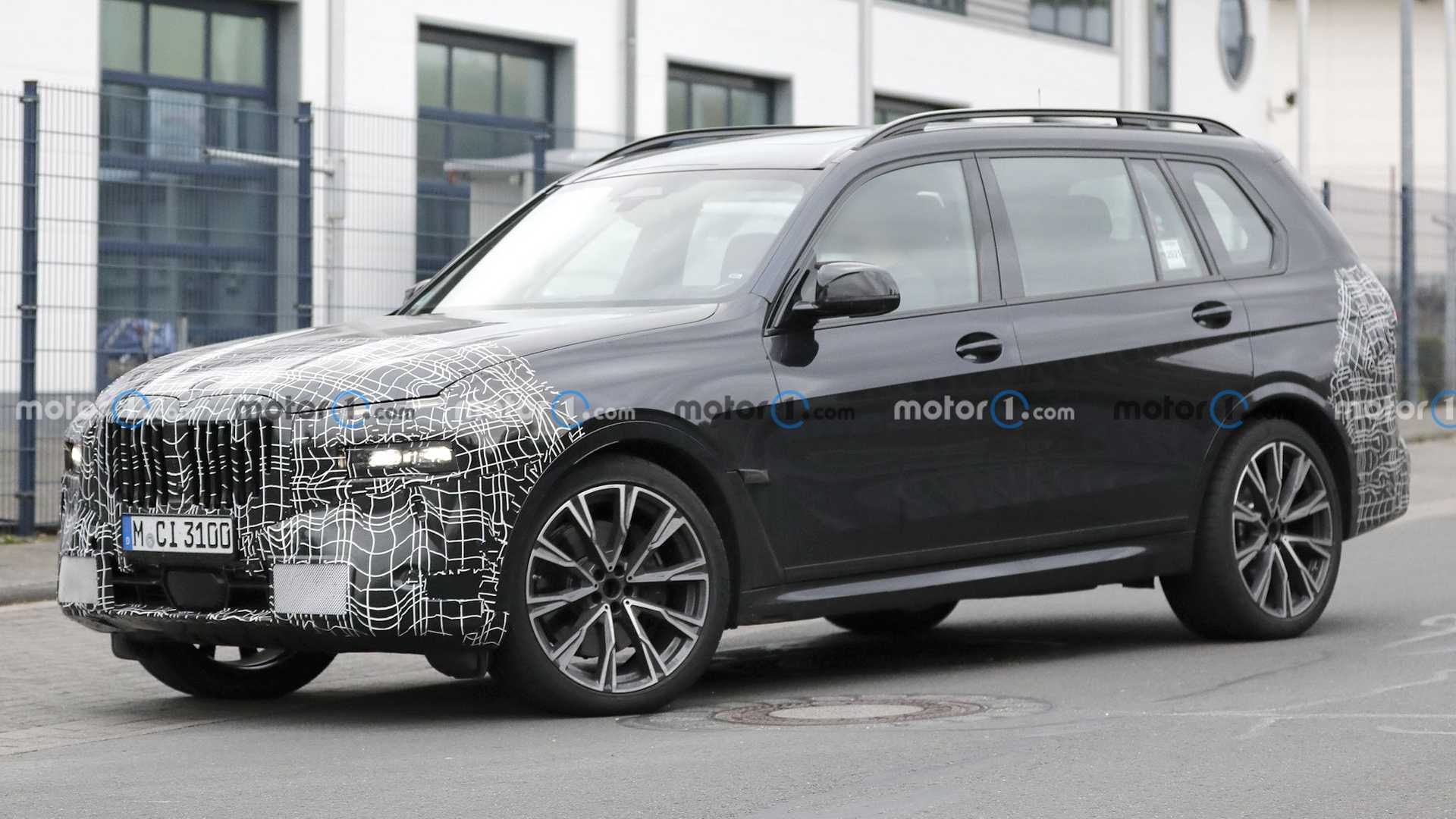 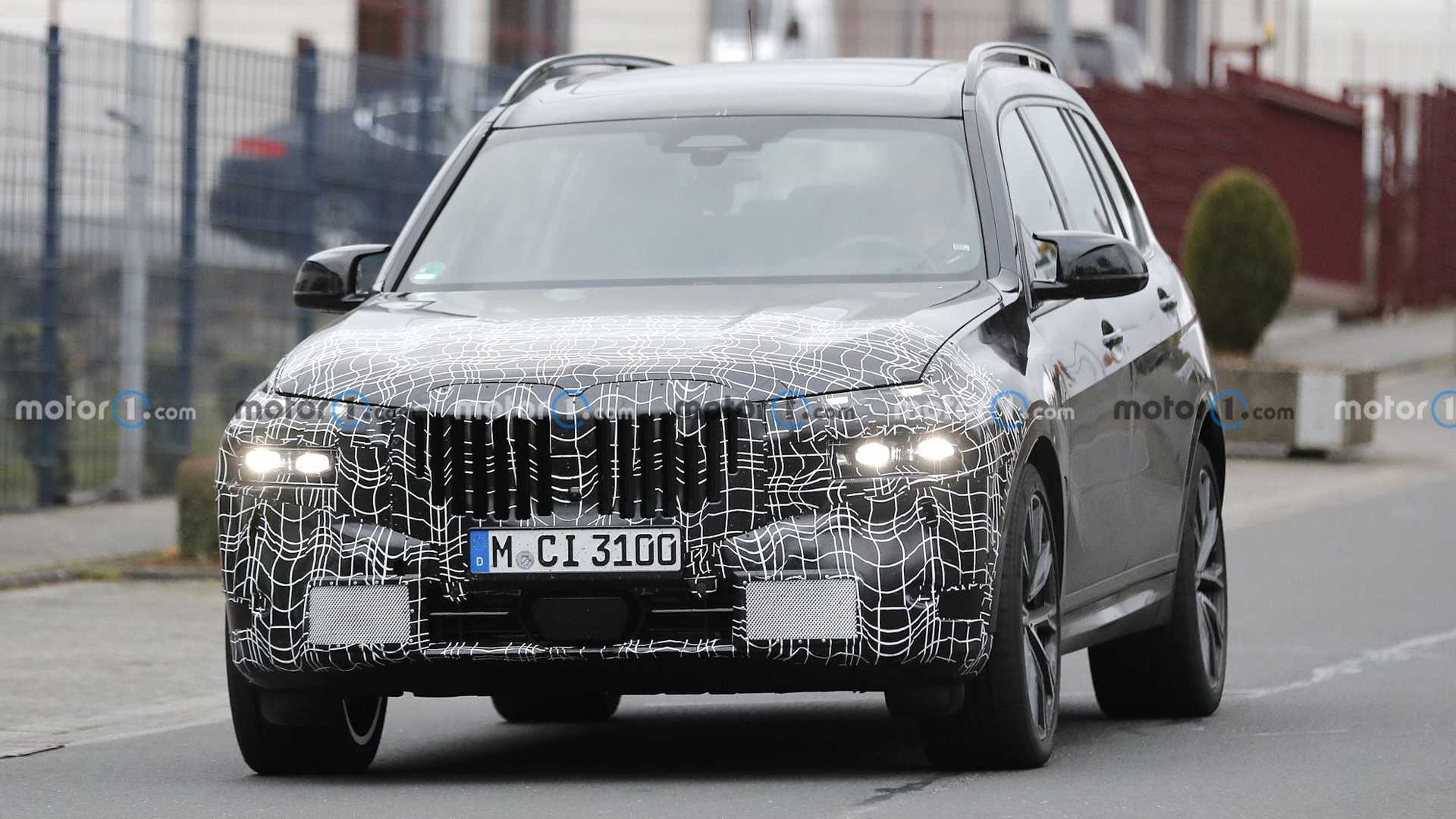 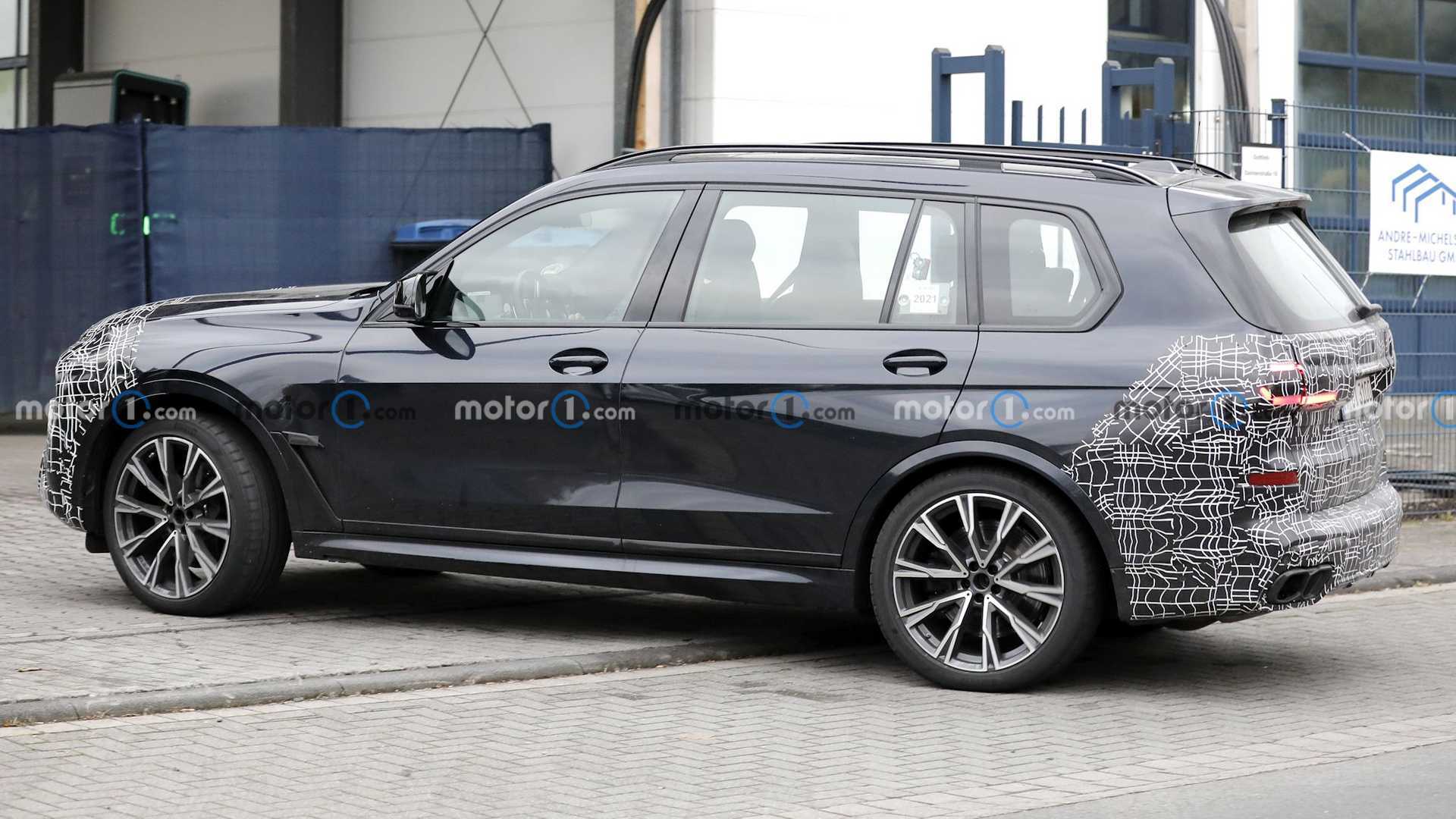 Mid-cycle facelifts rarely touch the powertrain situation, though rumors suggest BMW might change a few things, dropping the quad-turbocharged M50d diesel for the M45e plug-in hybrid. However, BMW hasn’t confirmed anything yet. The rest of the engine lineup could see minor tweaks that eke out better efficiency or a tad more power. Or, the lineup will carry over unchanged.

It’s unclear how far the X7’s new styling cues will infiltrate the rest of the BMW lineup, though we shouldn’t expect the split-headlight design to stray too far from the big SUV. There is speculation the brand has plans to revamp its entire SUV lineup, but the new headlights design isn’t expected on those. Instead, the design might transfer over to the 7 Series and the i7 for a different type of corporate cohesion. The updated X7 should debut soon as it will go on sale in the second quarter of next year.