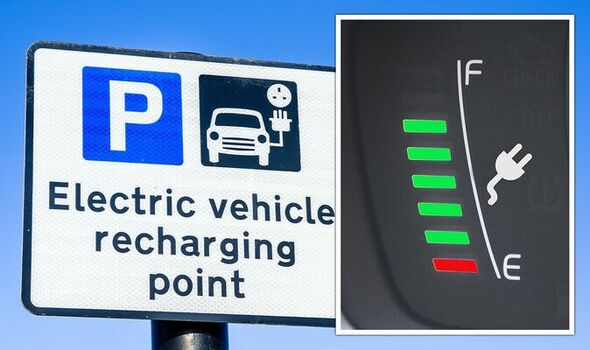 Speaking on parenting site Mumsnet, she explained that she parked in IKEA and got her son and his trike out of the car when a woman approached her. She said: “A woman then approaches me politely asking for my spot so she can charge her car.

“She kept saying ‘I have an appointment and I need to charge my car’. Again I said no. I said if I was without my son I would have given you my spot.

“She wouldn’t stop asking so I got really fed up and shouted loudly, ‘Oh for f*** sake!’

“It’s only then that she walked away to her car which was two bays away… charging! I didn’t even realise her car was on charge because I was too busy getting my son in the trike.

“As I was strapping him in I heard her say ‘b****’, ‘evil’, the sound of spitting but not actually spitting.”

The two then reportedly got into a shouting match before the mum walked off. Parents had plenty of thoughts about the altercation and took to the comments to voice their opinions, MyLondon reported.

Lots of people were on the mum’s side. One wrote: “You were not being unreasonable to not move your car, I certainly wouldn’t have… I know that I would’ve confronted her when she was muttering and ‘spitting’ but that’s not wise when you’ve got a wee one with you. Don’t give her a second thought.”

Another added: “I’m glad you stood your ground – she was rude and you didn’t owe her anything.” A third person agreed, writing: “She was unreasonable.

“I’m with you, it’s exhausting just thinking about what you would have had to do to move your car in what I assume is a busy car park.

“And if you weren’t in a charging space then it makes no sense why she would want it. I hope your car was ok when you came back.”

Another parent said: “I’m pretty nice and helpful and there’s not a chance I’d have wrestled my child back into a car seat before the hell that is IKEA I’m afraid.”

But others thought the mum should have moved as a gesture of kindness.

One wrote: “Well, you didn’t have to, no. It might have been kind to, if you could help someone out.”

Another added: “I would have helped her – she started out by asking politely for something quite reasonable.

“Often chargers are different speeds, some don’t work properly – it may be that your space meant she could orientate her car correctly and save her considerable time.”

One person said: “Someone not wanting to help with the only reason being because they had a toddler would have left me in disbelief to be honest!”

“I mean, you didn’t have to move,” another wrote, “but I think it would have been nice if you had.

“Sticking your kid back in the car etc wouldn’t take you more than a couple of minutes.”

And another parent said: “I think you were unreasonable not to move. She probably wanted access to a faster charger.

“There are not many car chargers still and some take hours. Getting a child out the car and a scooter out of the boot doesn’t seem like a big deal.”