MOT test extensions mean drivers who were due a test between the end of March and end of July issued a six month extension to their certificates. A new YouGov poll commissioned by The Motor Ombudsman has revealed the majority of owners decided to take up the delay and have not had their car checked at all.

Over a quarter of those who have pushed their tests back also admitted to not carrying out regular maintenance checks despite government advice.

The analysis found that 56 percent of those surveyed had prolonged taking their vehicle to a garage for its annual test.

Just over a third of these said they would be getting a test done before the newly extended due date with one in five admitting they have got a test done ahead of schedule.

The DVSA has recently issued a warning for road users to get their test booked as soon as possible due to an expected rise in demand. 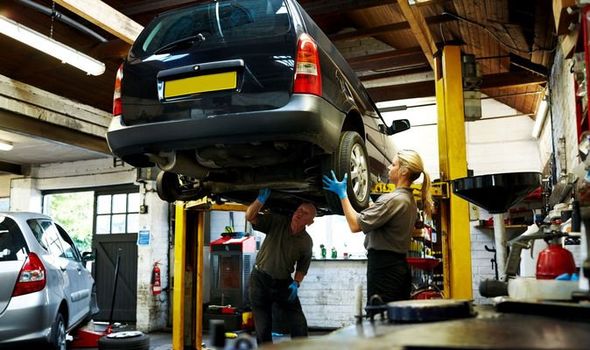 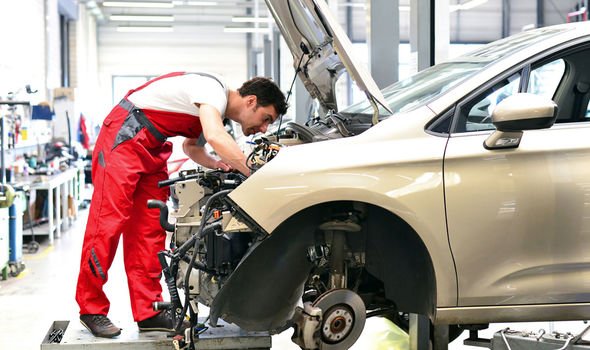 The agency has revealed they expect a surge in interest for tests around September, October and November as drivers who had their test delayed fight for slots.

But research from The Motor Ombudsman has revealed there was not a sense of urgency among consumers to get their tests booked in, with just 29 percent saying they had booked in a new date.

Three quarters of road users polled said they had taken government advice and performed regular safety checks to ensure their car was safe on the roads.

But only 42 percent said they were continuing to conduct regular checks with 30 percent saying they had previously done so.

These checks include looking at key functions such as the oil levels and tyre pressures to ensure that recommended levels have been met.

The data revealed motorists in Scotland aged over 55 were the most conscientious to conduct vehicle maintenance.

Drivers aged between 25 and 34-year-olds living in the South were the least likely to conduct checks with just 27 percent admitting they had done.

Bill Fennell, Managing Director of The Motor Ombudsman said there was “cause for worry” with many unsafe cars on the road.

He said: “The results of our study and wider industry data clearly shows that there is cause for worry, due to the number of potentially unsafe cars on the road that have not had their MOT.

“This is compounded by the concern that the recent government announcement has created very little impetus to buck this trend.”

The analysis was similar to recent data from the DVSA which revealed that nearly 4.9million Class 4 tests for passenger vehicles were conducted between 1 April and 30th June.

This was a decline of more than 50 percent when compared to the 10.3million tests undertaken in the same period a year earlier. 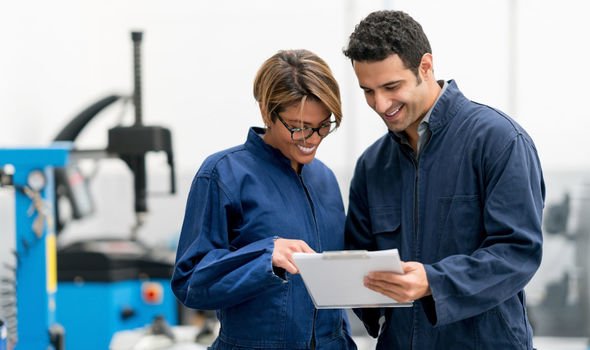 Mr Fennell has also urged road users to take their car for a test “as soon as possible” to ensure drivers get a test booked in.

He has warned that a large build up of tests could leave MOT garages “unable to cope at a later date” which could leave many caught out.

His comments come just days after KwikFit revealed they had already noticed a surge in demand for tests with many appointments being filled.

Mr Fennell said: “If their personal situation allows, and with many garages and repairers once again opening their doors following the lifting of recent lockdown restrictions, we are urging consumers to take their cars for the annual assessment as soon as possible.

“This means that they will have a better chance of securing a booking, and will also help to alleviate a large build-up of outstanding tests that could leave MOT stations unable to cope at a later date.”

Related posts:
Rorty Ford Puma ST Teased With 197bhp And Lime Green Paint
THE OUT Launches Land Rover's New Defender For Hire
Best News
Best hatchbacks to buy 2020/2021
11/25/2020
FBI: No crime committed as ‘noose’ rope was there in 2019
06/23/2020
Why VW Pulled The Plug On A 400bhp VR6 Arteon R
06/23/2020
2021 Kia Grand Carnival breaks cover – solid looker! – paultan.org
06/24/2020
New Volkswagen Arteon Shooting Brake arrives as part of facelifted line-up
06/24/2020
Recent Posts
This website uses cookies to improve your user experience and to provide you with advertisements that are relevant to your interests. By continuing to browse the site you are agreeing to our use of cookies.Ok