MLUK Says Illegal Pipes At Giga Grünheide Were Not For Sewer

They were for drinking water and rainwater. Tesla may receive a €50,000 fine.

After Business Insider and Frontal21 said Tesla was laying sewer pipes illegally at Giga Grünheide, we contacted MLUK (Ministry of the Environment of the State of Brandenburg) to clarify some doubts we had about the situation. According to the ministry, the pipes were for drinking water and rainwater. Tesla may receive a €50,000 fine for laying them without proper temporary permission.

That changes the story quite a bit. If drinking water or rainwater leaks over the groundwater table, there’s no risk that it will pollute the water in that environmental protection area. The sewer pipes were authorized by the 12th Approval of Early Start, called ZvB in German (Zulassung des vorzeitigen Beginns). However, they had not been installed at that point. 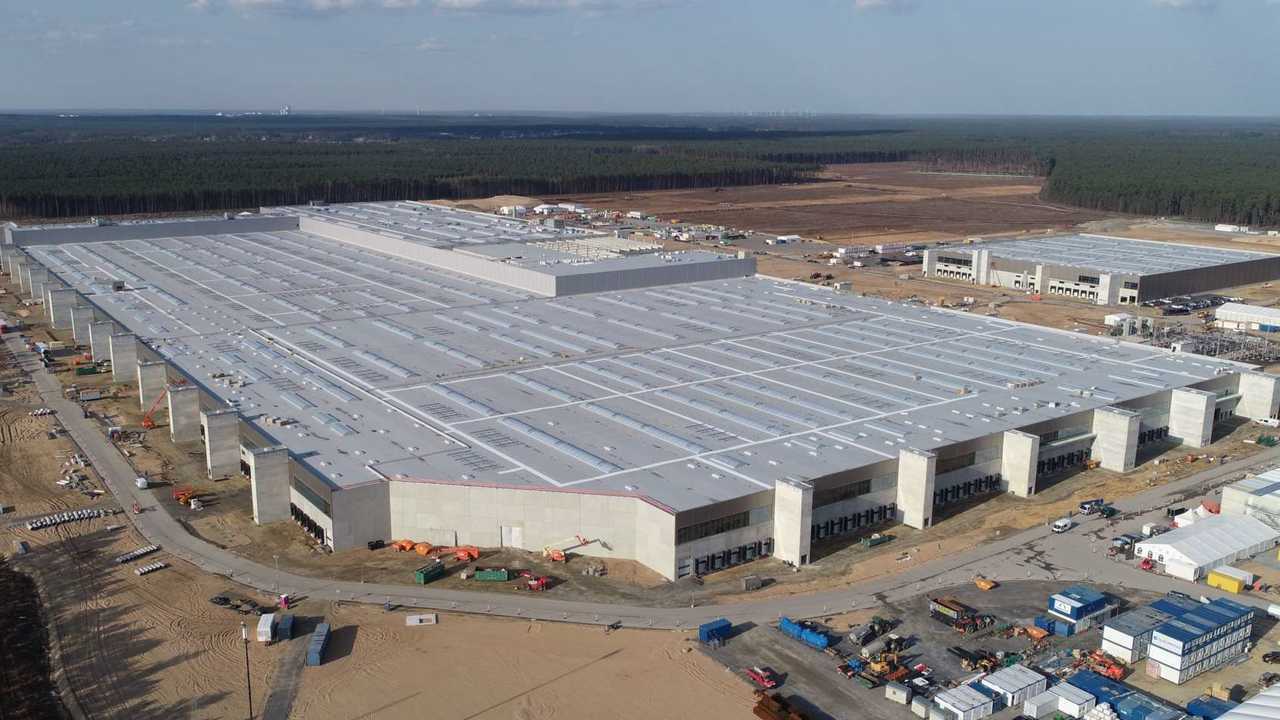 What happened it that Tesla had one approval for pipes, the 4th ZvB. A site inspection on March 25 concluded some of the pipes laid there – for drinking water and rainwater – had not been approved yet, hence the construction halt, which was limited to the work on those pipes. On April 12, the respective ZvB was granted.

According to the MLUK, the situation was “just a regulatory offense, which will be sanctioned later on in a different proceeding.” The maximum penalty for that regulatory offense is the amount of money we already mentioned.

Another clarification made by MLUK is that the approval for the sewer pipes will allow Tesla to use single-walled, welded pipes. According to Table 2 of DWA-A 142, these pipes comply “with the generally accepted rules of technology,” the only requirement made by the Water Protection Area Ordinance (§ 3, No. 33 i.V.m., § 4, sentence 1). That’s the regulation applicable to the construction.

Despite that, Business Insider published on April 28 another article accusing Tesla of employing Polish workers at Giga Grünheide with work shifts of 12 to 14 hours, from Monday to Saturday. The German law has a limit of 8 hours. They would also receive €8.70 per hour. Although that is equivalent to 40 zlotys, it would be below the minimum wage in Germany. The article does not mention the value, but the Wage Indicator says it is €9.50.

Business Insider also said that these workers sleep in a hostel with 1,000 beds. About 350 workers would be in this hostel in Mittenwalde, with up to three men in the same room even during the COVID-19 pandemic. Giga Grünheide would have had a COVID-19 outbreak with “dozens of workers” contaminated. Now Tesla has a testing center in front of the building site.