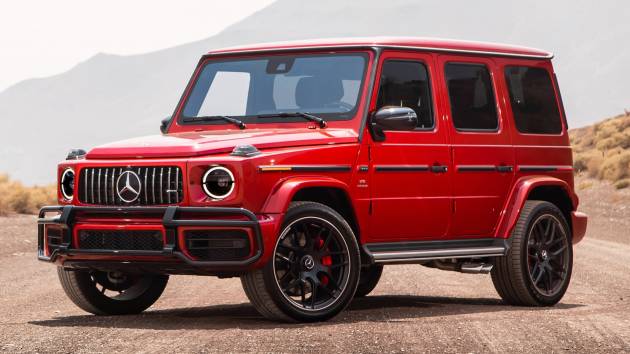 Last month, it was reported that Mercedes-Benz has stopped the sales of many V8-powered models in the US, citing supply chain disruptions as one of the main causes.

As such, sales for high-profit models like the Mercedes-AMG C 63 S (coupe and convertible), E 63 S (sedan and wagon), the GT 63 4-Door (including the S), the GLS 63, the GLE 63 S (including the coupe), as well as a few versions of the GLC 63 have all been temporarily discontinued.

According to a new Road and Track report, Mercedes-Benz head of top end vehicle group, Philipp Schiemer said the sales suspension has to do with quality issues. “We are updating our vehicles every year, and we are not satisfied with the quality. And for us it’s quality first. So we have to do some retesting and this is the process we are in at the moment,” he said.

It’s not a blanket suspension, though, since the S 580 is still being offered in the US. “So it’s from vehicle to vehicle, from country to country a different kind of situation,” Schiemer added, though he declined to elaborate on the specifics. The problem also doesn’t seem to affect Aston Martin, which uses Mercedes’ 4.0 litre V8 mill.

In a memo to its dealers last month, Mercedes-Benz said it will “prioritise focus to comply with various global, external and internal requirements, as well as several other factors, including but not limited to challenges in the supply chain that have an impact on the product portfolio offered in the US market.”

Mercedes-Benz is being vague here, no doubt, even going as far as to officially say it won’t go into further detail. So, what could the matter be? Road and Track noted that it may be a compliance thing. Most engine changes require re-certification by authorities, and the process can be a lengthy one.

There is a chance that the V8 has gone through some changes and is experiencing delays in the re-certification phase. US authorities have been slow to certify German vehicles as of late, an issue that stemmed from the Dieselgate scandal which unfolded half a decade ago.