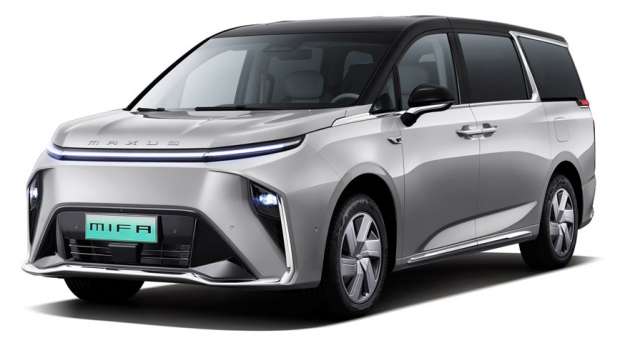 This is the Maxus MIFA 9, a fully electric MPV that can be had with electric sliding doors in either 6, 7 or 8 seater configurations as well as optional electrically extendable seats to suit wheelchair users.

Sound familiar? Sounds exactly like an Alphard/Vellfire doesn’t it, except in this case the MIFA 9 is designed exclusively as a 100% electric vehicle.

The MIFA 9’s CATL 93 kWh lithium ion battery delivering a range of up to 560 km on the NEDC cycle. Maxus says a larger battery option is in the works for a 650 km range in the future. 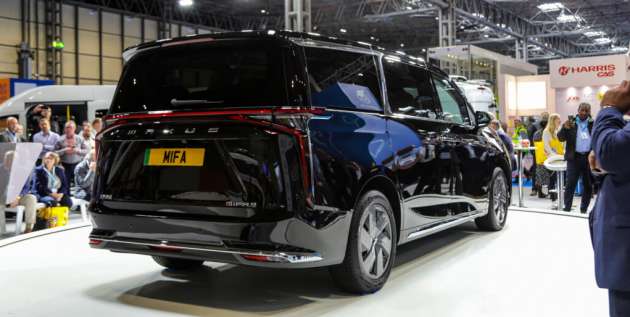 In case you were wondering what MIFA stands for – it’s actually named after the new platform that it’s built on – Maxus Intelligent Flexible Architecture, although the marketing department has decided an alternative meaning for it – Maximum, Intelligent, Friendly and Artistic.

There have already been a few MPVs like this developed for the China market, but sadly a lot of them end up being left hand drive only, focused on domestic sales. Outside of China, the only thing that can come close to being an electric Alphard is the Mercedes-Benz EQV, an electric version of the V-Class.

But that’s built on a rear wheel drive van platform, and people are used to their luxury MPVs being built from passenger car platforms like the Alphard. 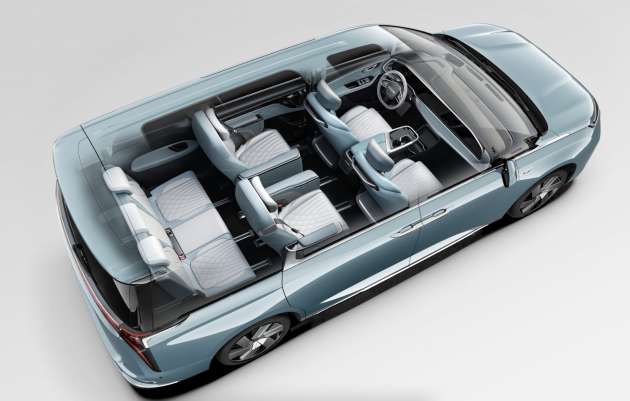 The Maxus MIFA 9 is also technically a Chinese MPV – it may have its roots in the old British LDV brand but it is a SAIC brand now. The good news is Maxus MIFA 9 will get a right hand drive version because that’s how they drive in the UK.

SAIC also owns MG, which makes the MG ZS EV that was supposed be launched in Malaysia officially some time ago, but is currently only available at parallel importers.

We wonder if there’s a chance the Maxus MIFA 9 might come to Malaysia, as we have an official Maxus franchise holder here – Weststar Maxus – with four models on sale – the G10 passenger MPV, the T60 pickup truck, and both passenger and panel van versions of the large V80 van.

You can see quite a number of Maxus G10 running around as an alternative to the Hyundai Starex. It’s 5,168 mm x 1,980 mm x 1928 mm exterior dimensions with a 3,198 mm wheelbase is actually quite similiar to the Maxus MIFA 9.

Given that the Weststar group’s affinity towards EVs in general – they have brought in quite a number of parallel import Honda, Audi, Volkswagen and Mercedes-Benz EVs for sale, and have also started to invest in a DC charger network – we wonder if Weststar Maxus will eventually bring in the Maxus MIFA 9 for sale here.

Lots of sedans and SUV body electric cars on sale here, if a bunch of those Alphards idling with their engines on while waiting outside schools were replaced with zero emissions family movers, it would make the air in school compounds a lot fresher, don’t you think?

What about price? No official UK price yet, as that’s scheduled to be revealed only next month, but it is rumoured to go for 49,900 GBP, which translates to RM270k.