Majority of Brits expect to always own a car despite warning 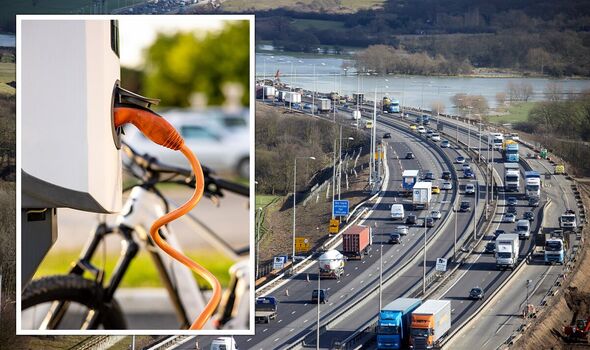 Amid rising inflation and an economic recession, the soaring price of petrol and transport strikes are causing strains on the nation’s personal finances. Despite this, 47 percent of the population feel that they have no alternative to owning a car with UK motorists spending 13 percent of their annual gross income on motoring, according to experts at #BikeIsBest.

The research also revealed that higher earners, women, and those in their 30s and early 40s are more likely to expect that they will always be car owners.

However, 57 percent of British women stated that they are worried about the cost of motoring.

For car finance, UK motorists with some form of it spend 19 percent of their total annual gross income on their car.

In spite of car costs, 48 percent of people say they can not afford a bike even though it’s a preferred alternative to the car or public transport.

Some 88 percent of the British public state that a bike purchase would actually have a strong health and happiness impact.

Those with car finance are more likely to be interested in buying a bike via a finance plan, or via a subscription with 68 percent of the British population confirming an interest in the cycle-to-work concept.

The #BikeIsBest has previously called for subsidies for e-bikes to improve access to cycling, as well as continued funding for cycling infrastructure to help people travel safely and cheaply.

For cycling finance, the amount people are willing to pay on cycling comes in at £39/month (£467/year).

This represents one percent of gross annual salary, compared to 13 percent of salary spent on motoring.

Scott Purchas, spokesperson for Bike is Best said: “As the UK endures the cost of living crisis, there’s no escaping the fact that our entrenched car culture is locking people in to spending significant portions of their income on transport.

“UK motorists with some form of car finance spend 19 percent of their total annual gross income on their car.

“New investment in infrastructure will give people genuine choice about how they travel which is incredibly important at this difficult time.”

He added: “Modes of transport that are efficient, sustainable and don’t break the bank should win out – not least because half the population see the bike or e-bike as an alternative to the car or public transport.”

The news comes after drivers were warned that they could see huge changes to private car ownership with pay-as-you-go schemes.

Richard Falconer, Managing Director at Co Wheels Car Club previously said that a pay-as-you-go model allowed drivers to enjoy vehicles “without the commitment of owning it”.

Experts have also warned car subscriptions could be a big boost to electric car ownership.

Mr Falconer said: “Is a pay-as-you-go subscription the future of car rental? The answer is yes!

“The beauty of a pay-as-you-go subscription is that you can enjoy all the benefits and conveniences of a car without the commitment of owning it.

“Even half an hour will do! You can hire your car from a handy app 15 minutes before you need to use it, and only pay for it when you actually drive it. Rates can be as low as £5 per hour.”

He added: “A pay-as-you-go subscription is perfect for those people who tend to use public transport or bikes.

“When in need of a vehicle though, whether for a weekly shop or an outdoor trip, this subscription offers you the liberty to book a car at a time and place that best suits you.”