In March 2021, Lucid Group’s board awarded Rawlinson about 13.8 million time-based units of stock that vest over four years beginning at the end of 2021, plus 16 million performance-based stock units.

The entire award was valued by the company at a whopping $556 million, according to a filing on April 28. Rawlinson’s $263 million payday is one of the largest compensation packages paid to any executive in 2021.

The performance-based part was based on the short-lived surge in Lucid Group’s share price last year. Shares of the electric automaker have since plunged by more than two-thirds as the company attempts to ramp production of its Air electric luxury sedan but is facing supply chain issues. 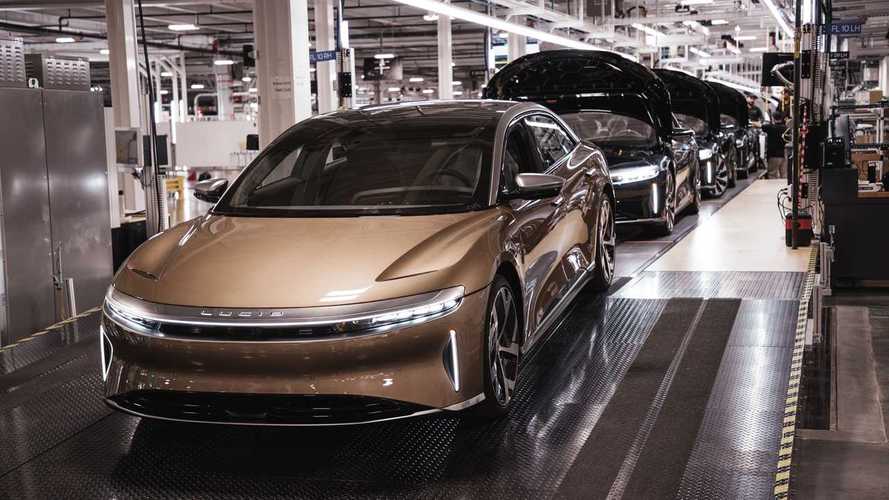 Lucid started trading publicly in July 2021 and reached a market capitalization of $91 billion by November. The company’s market value remained high enough over a six-month period for Rawlinson to collect four of the five tranches of performance-based units, according to the filing. Rawlinson’s newly vested performance stock was worth $263 million at Thursday’s closing price.

Lucid Group’s CEO can still collect the remaining 2.1 million performance-based units if the company’s market value reaches about $70.5 billion and stays there for six months. Lucid’s market cap was $29.89 billion at closing on April 29. According to Bloomberg, Rawlinson stands to earn far more simply by staying at Lucid for the next four years.

Compared to their November high of $57.75, Lucid shares dropped almost 70 percent on Friday, closing at $18.08. The massive decrease is attributed by analysts to concerns about supply-chain struggles and a lowered production goal for 2022.

Lucid Group recently said it needed more cash to fund its plans, which include a second factory in Saudi Arabia, expected to open in 2025. The company raised $2 billion in convertible debt in December, but Bloomberg Intelligence forecasts that the startup may have to sell more stock to raise the necessary funds.

The early payout to Rawlinson reminds of the package awarded to Tesla’s Elon Musk in 2018, which has paid out almost $78 billion. There’s a big difference between the two cases, however, besides the amount of money involved. Musk’s payday wasn’t due to brief fluctuations in Tesla’s stock price, but rather a steady, rapid rise.