Following an announcement from two days ago, Lotus today unveils the race-ready version of the Emira sports car. The Emira GT4 debuts at the Hethel test track performing a dynamic demonstration of its capabilities around the circuit. Accompanying the new GT4 race car at the event is the Lotus Type 30 produced in 1965 and powered by a Ford-sourced 4.7-liter V8 engine.

Its modern successor, however, relies on a 3.5-liter V6 engine from Toyota, which in this application delivers a peak output of 400 horsepower at 7,200 rpm. The power reaches the rear wheels through an Xtrac six-speed sequential gearbox with paddle-shift actuation and a limited-slip differential. Braking power is provided by a competition specification brake system using an adjustable Bosch ABS module. 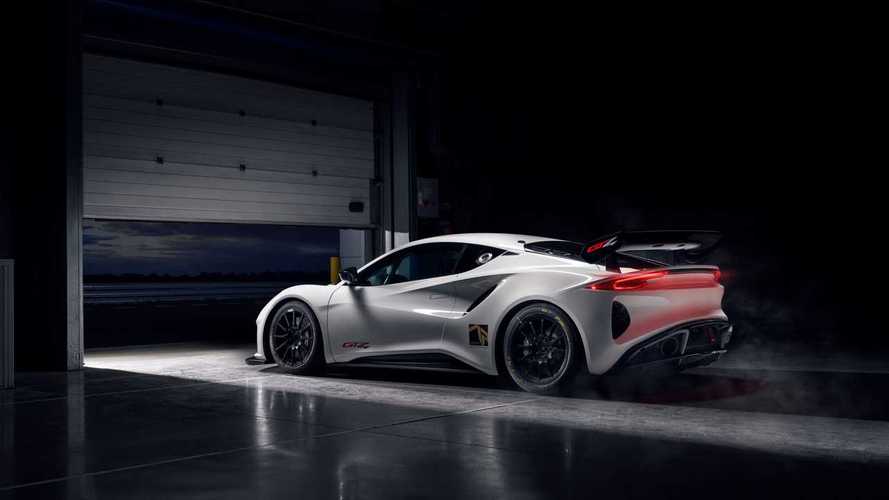 The Emira GT4 rides on 18-inch wheels with Pirelli GT4 tires. The suspension uses a double-wishbone layout for both axles and two-way adjustable Ohlins dampers. Front and rear anti-roll bars stabilize the car in corners, while an FIA-homologated six-point roll cage ensures the cabin remains a safe place even in an event of a crash. Last but not least, the entire car sits on an extruded and bonded aluminum chassis with composite body panels, helping keep the weight low at 2,866 pounds (1,300 kilograms) without fluids.

The Emira GT4 debuts as the first model from the Lotus Advanced Performance division, which was launched as the motorsport and experimental arm of Lotus earlier this year. The release of its new race car, the automaker believes, will help Lotus transform from “a UK sports car company to a global performance car business and brand.” The marque first announced its plans to enter the GT4 segment last September, when it also opened the order books for the new Emira GT4. The car has already sold out for the first year of production.

Customers interested in buying an Emira GT4 will obviously have to wait, though we know its starting price is £165,000, roughly $205,000 with the current exchange rates. This figure may vary depending on the exact specification but regardless of that, each example is hand-built in the UK in collaboration with Lotus and RML Group.