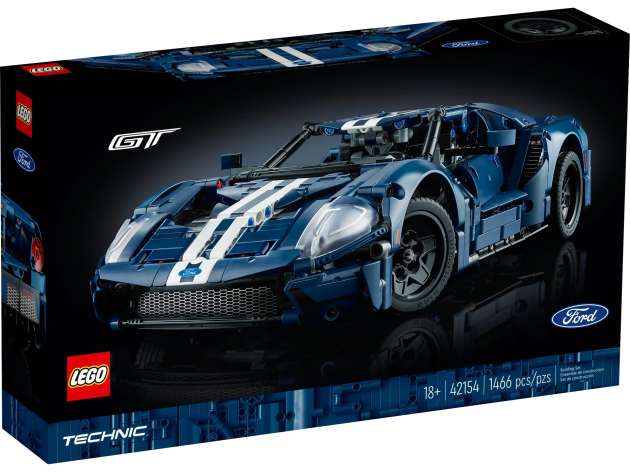 The Lego Technic Ford GT will feature rear wheel drive, a V6 engine that can move, independent four wheel suspension, front axle steering, a moving spoiler, as well as doors and a hood that can open.

Of course, it’s finished in classic Ford GT colours – blue with white stripes. Are you looking forward to ordering and building one of these in March this year?