Tesla opened the Gigafactory in Texas on April 7, 2022, Thursday in a celebratory event called the Cyber Rodeo. The electric automaker’s new massive factory measures 338 million square feet and is located in Austin, Texas.

Of course, Elon Musk attended the event along with a preview of the upcoming Tesla Cybertruck. The one shown on stage was a working prototype and apparently, some people were able to get a chance to get up close and personal with the angular pickup, such as in this video from Cyber Owners on YouTube. 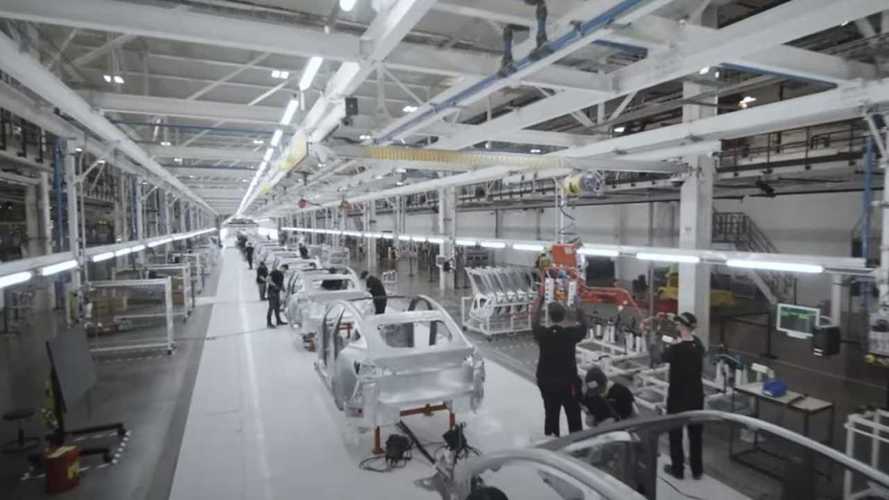 In the walkaround video, you could see that the Cybertruck prototype looks pretty battered and riddled with imperfections. There are considerable panel gaps, along with several misaligned panels, glued-on sections, and damaged parts such as the exterior mirrors.

To be fair, this Tesla Cybertruck is still a production prototype, so it isn’t a surprise to see these imperfections. Some parts here may have been assembled by hand, hence the errors. We’ve seen several prototypes from other brands before and they do differ a lot from the production versions in terms of build quality.

That said, we’re expecting the production version to have a much better build quality than the one you see in the video.

Musk claims that the Tesla Gigafactory in Texas has the capacity to produce a million cars a year when fully operational. Half of it would be the Tesla Model Y, along with the batteries that Tesla cars use. The Cybertruck will be made in this plant and will go on sale in 2023.

Apart from the Cybertruck, a “massive wave of new products” will arrive in 2023. Musk didn’t disclose the names of these products but reports said that these include the second-generation Roadster and the Semi.