Home » Ladies And Gentlemen, Meet The Next US Postal Service Delivery Truck

Ladies And Gentlemen, Meet The Next US Postal Service Delivery Truck

Oshkosh Defense will receive a 10-year contract to build the Next Generation Delivery Vehicle.

The aptly named Grumman Long Life Vehicle has served as the official vehicle of the United States Postal Service for more than 30 years, but all good things must come to an end eventually. Soon, your packages and parcels will arrive at your doorstep via the Oshkosh Defense Next Generation Delivery Vehicle, or NGDV for short. Oshkosh will finalize the design of the NGDV before putting it into production under a 10-year USPS contract.

Like its predecessor, the van will be right-hand-drive, and it carries a friendly, slightly cartoonish new design. The low hood and cowl improve forward visibility, one of the Grumman LLV’s greatest strengths, while a higher roofline and walk-in cargo area allow mail carriers to more easily organize deliveries and access parcels from the cockpit. An automatic parking brake and curbside sliding cargo door further improve convenience when the mail carrier must exit the vehicle to make a delivery.

Crucially for our nation’s delivery folks, the Oshkosh NGDV rectifies the Grumman’s most significant shortcoming, its lack of air conditioning. The NGDV will come standard with AC, improving worker safety on hot days. Other important additions include a driver’s air bag, front and rear automatic braking, bumper-mounted parking sensors, blind spot monitoring, forward collision warning, and a 360-degree camera. Robust front and rear bumpers and wraparound body cladding help prevent damage to both the van and its surroundings in the event of a low-speed crash.

The cheery, smiley vanlets will get power from either a fuel-efficient internal combustion engine or an all-electric powertrain. What’s more, the EV versions can be retrofitted in the future to keep up with advances in battery technology. That ties in with President Joe Biden’s commitment to replace the federal government’s fleet of vehicles with zero-tailpipe-emissions alternatives.

Once the design for the van is finalized (using the USPS contract’s initial $482 million investment), Oshkosh Defense will begin building the NGDV. The first vans should appear in American suburbs by 2023, with an estimated 50,000 to 150,000 units in total. The “indefinite delivery, indefinite quantity” contract means that the Postal Service can order more vans over the contract period if needed, and Oshkosh is evaluating which of its US manufacturing facilities could be used to increase production in a short time frame. 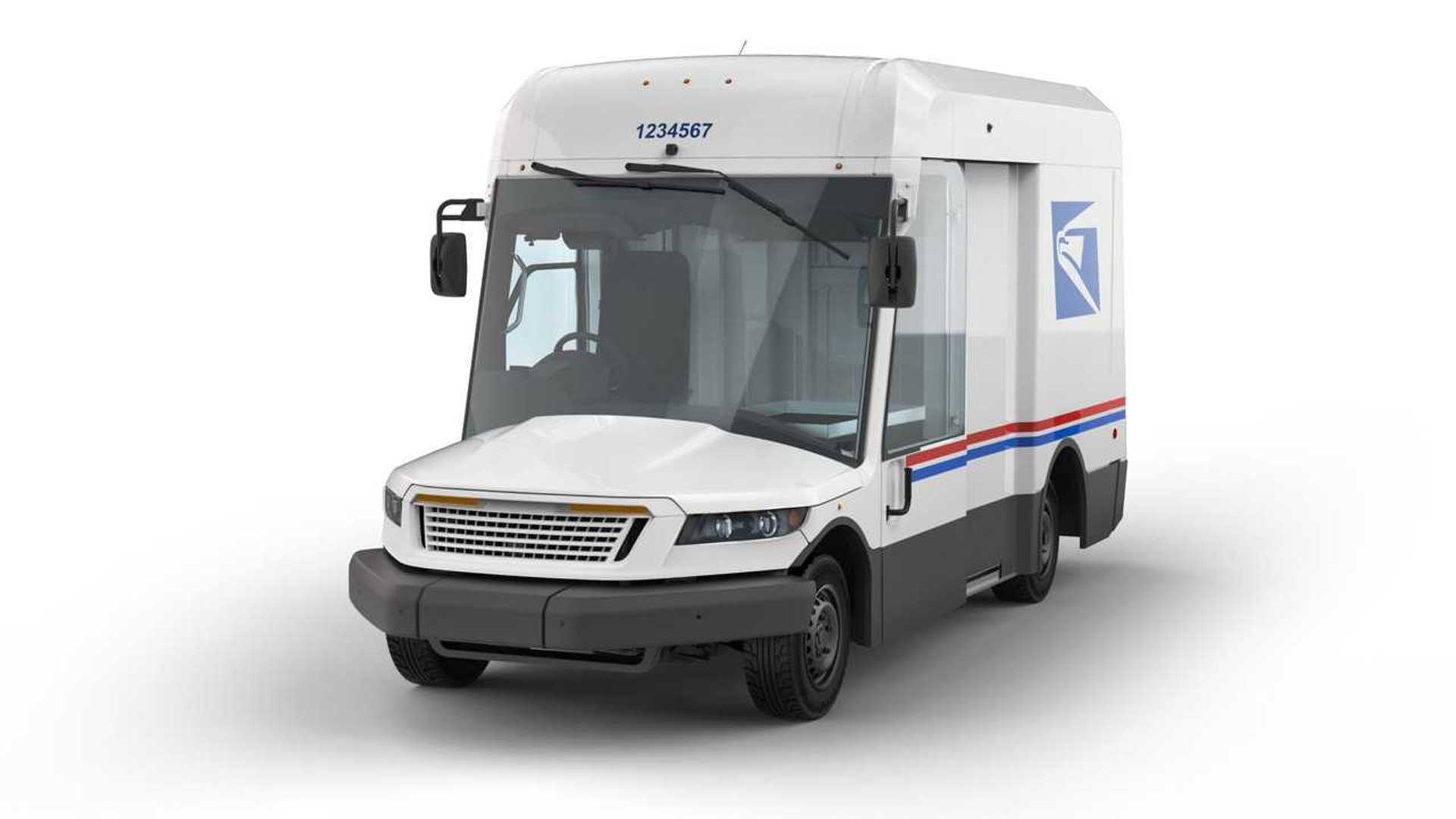 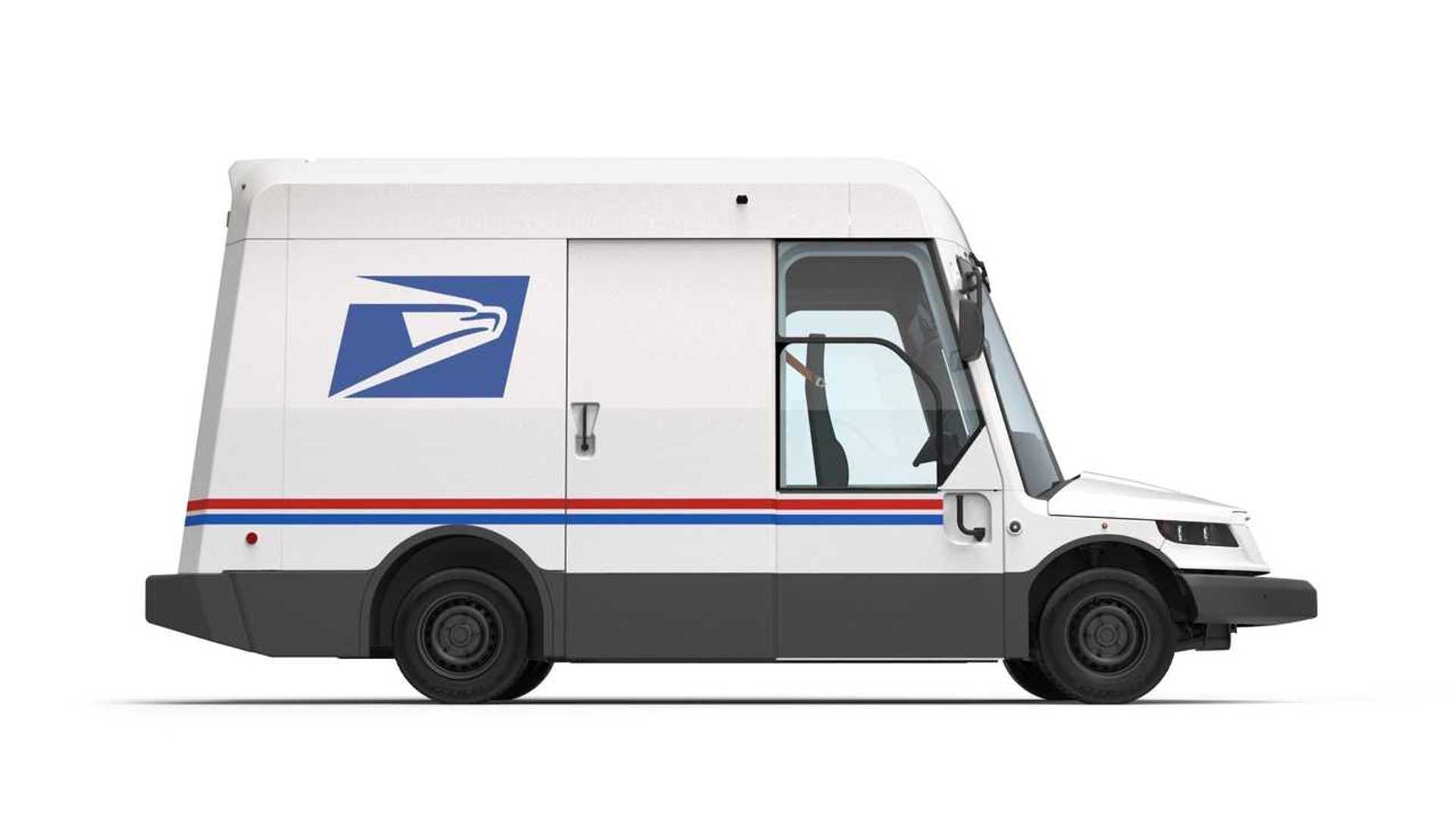 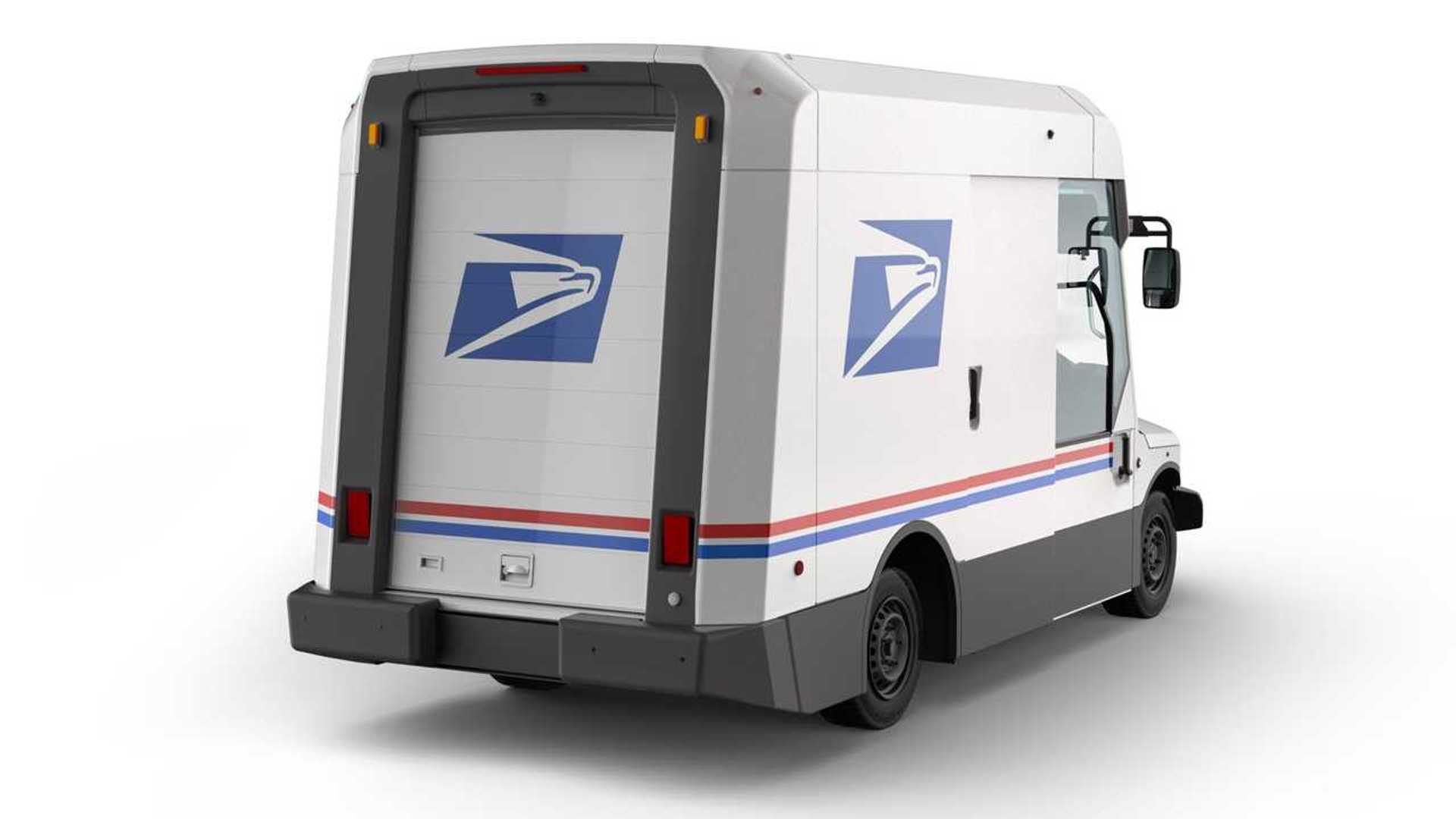 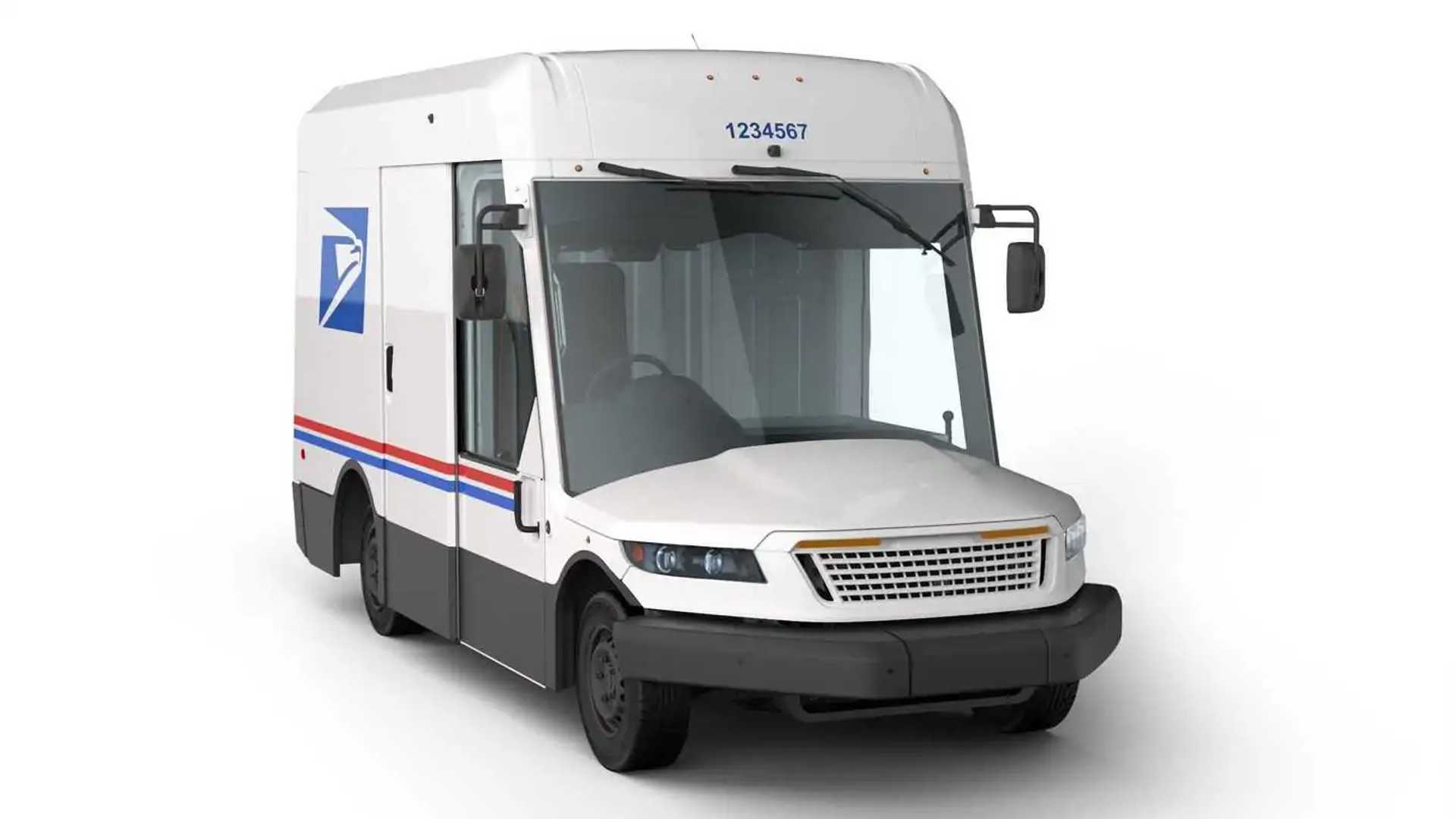 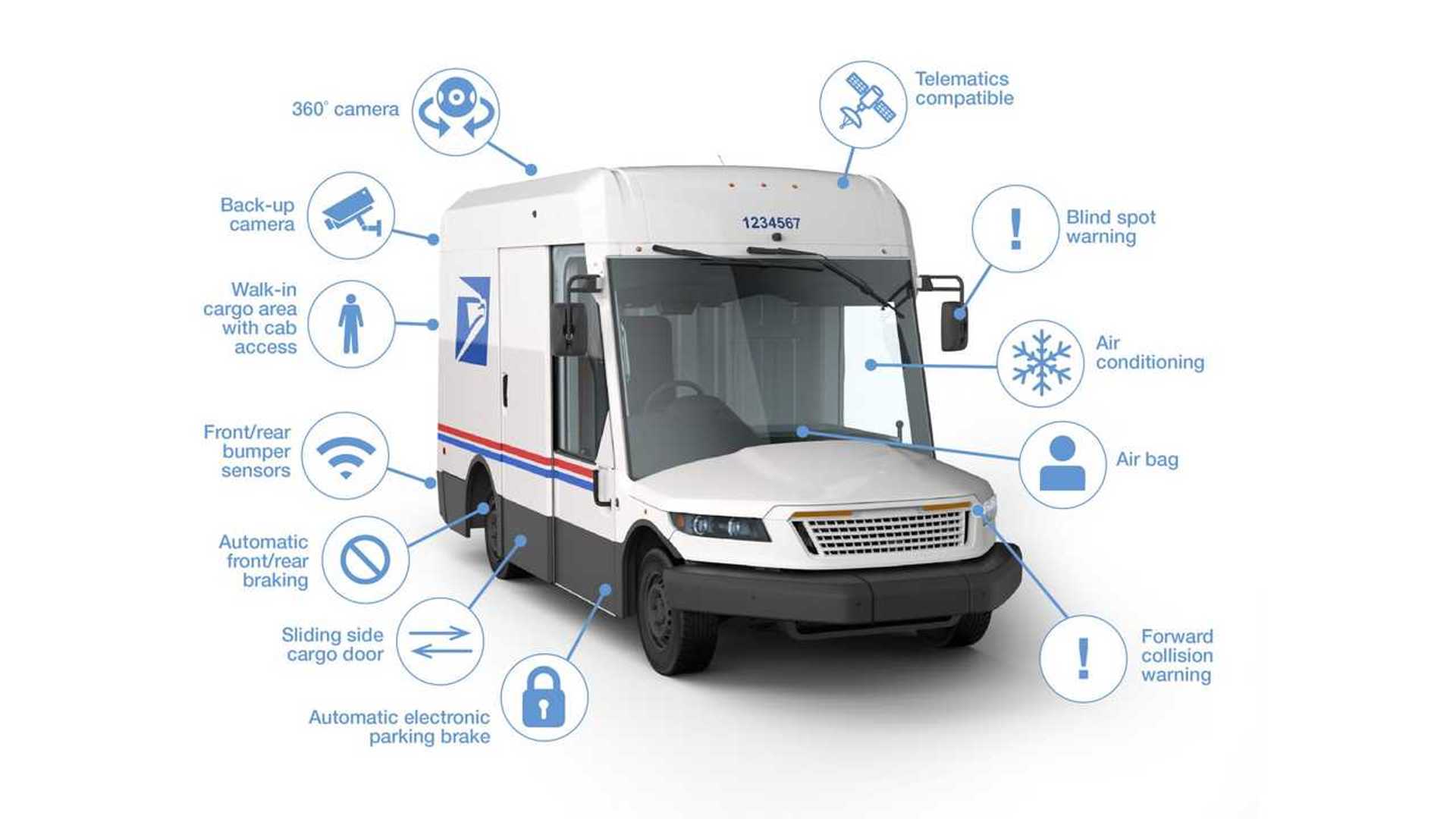 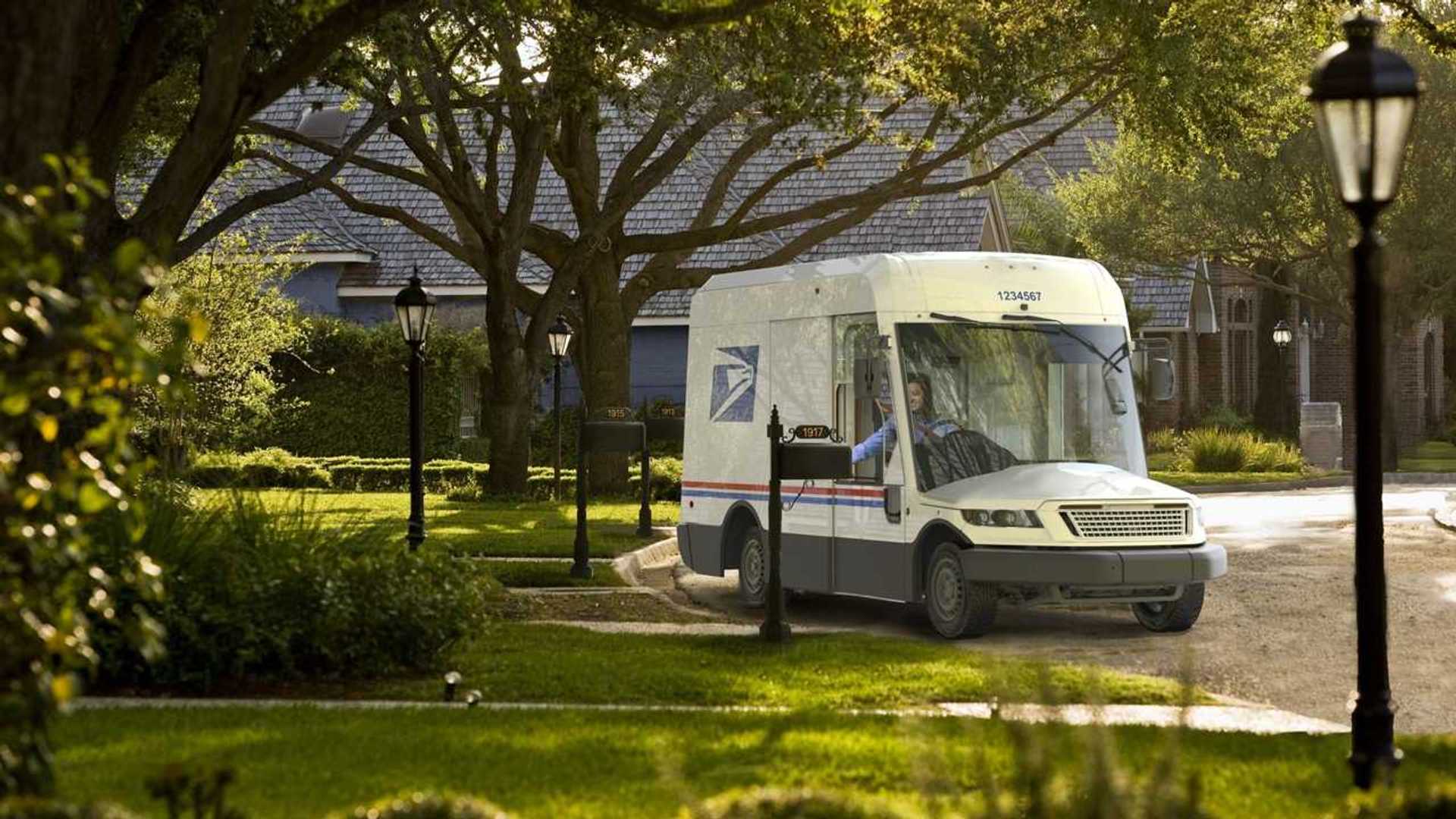