There is no good news in sight for Italy’s EV market, which is witnessing a radical turn from the burgeoning growth of the past few years to a sudden, steady decline. Meanwhile, the rest of Europe continues to maintain growth trends despite economic uncertainties and global supply chain shortages.

Editor’s Note: This article was originally published on opportunity:energy.

Unrae statistics for the month of September confirmed the negative trends of 2022, with electrified vehicle sales impacted and a major U-turn from previous important growth levels. With over 112,000 units, the overall Italian car market rebounded 5.7% Year-On-Year from September 2021.

ICE models enjoyed a good portion of this growth, in a definitive turn from the negative spiral that had seen them steadily lose ground for the past couple of years. Petrol powertrains reached 27.2% market share, up from 25% a year before. Diesels also gained ground, achieving a 19.3% share, slightly up from 19.1% in September 2021. Plugless hybrids maintained their bestselling status with 35.7% market share, slightly below their recent August high, but up from 31.3% YoY.

Fully electric cars witnessed another worrying decline, recording a total of 5,088 units only, down over 40% from the almost 8,500 registrations that had marked a record in September 2021. In market terms, this shocking loss meant an underwhelming 4.5% share, down from around 8% a year prior. Little help came from the outgoing government’s partial upgrade of the current incentive scheme (now finally, officially increased by 50% for lower-income households). The BEV market is stuck, and it’s now hard to see how it will come out of it in the short to mid-term.

Slightly better results came from plug-in hybrids, which did record lower numbers than BEVs, at 4,452 units (4% market share), but were down “only” about 20% from the over 5,500 registrations recorded a year before, when they had reached 5.2% market share. The overall share of plug-in powertrains dimmed to 8.5% for the month, down from the record 13.2% achieved in September 2021, still unbeaten to date as plugins’ historical peak in the country.

The shortfall of full electrics in September weighed heavily on the Top 10 BEV chart, which still managed to produce some interesting results. 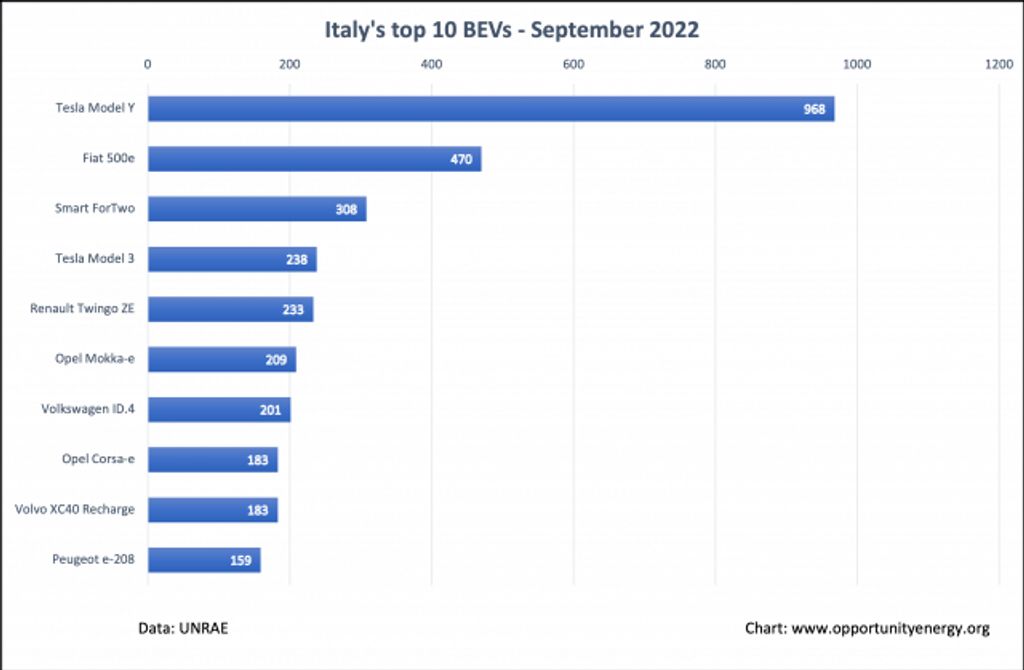 The Tesla Model Y gained the monthly crown of best-seller, as the usual quarter-end push thrust it to 968 registrations, pulverizing a rather weak competition. This is so far the American SUV’s best performance in Italy, following similar exploits in March and June, yet far from the 2021 peaks of its sibling Model 3, when Italy’s BEV market was roaring to new highs. The runner-up, with less than half as many units, the Fiat 500e scored below expectations, stopping at 470 registrations. This result was still sufficient to keep a wide margin from the Smart ForTwo, which took third place with 308 units.

In yet another month of subdued numbers, the Tesla Model 3 made a comeback in fourth place (238 registrations), a result far from the glories of the recent past, but still good enough to overtake many much cheaper A- and B-segment models, which struggled to make good numbers. The world’s best-selling car could fare much better sales, were it not for current pricing and production logistics, which tend to overwhelmingly favor its SUV sibling.

Similarly, D-segment VW ID.4 made the seventh position with 201 units, scoring a better performance than the smaller ID.3, which didn’t make the Top 10. Upmarket compact SUV Volvo XC40 Recharge made its debut with 183 registrations (eighth place on par with Opel Corsa-e), contributing to elevating a rarified chart with more expensive models, but very low sales levels. 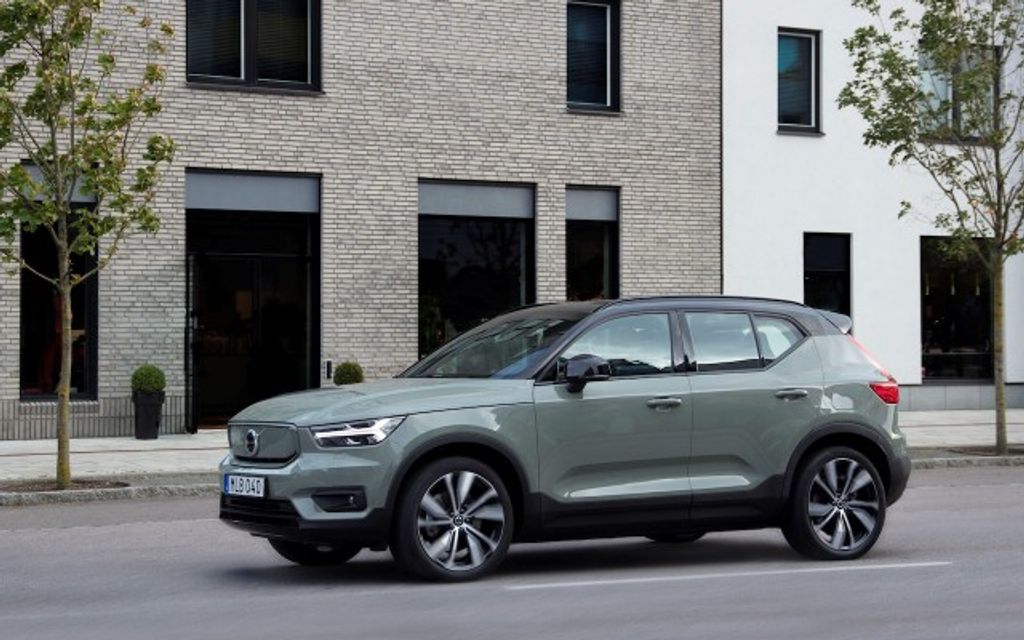 So is this it for the Italian EV market, or will we witness a shock back to growth any time soon? It is becoming increasingly likely that hard times will continue for at least a few months. Until – that is – the new government will finally come to realize the country risks missing the huge opportunity and new industrial revolution that electric mobility represents. Should Italy’s politicians keep failing to spot the obvious, a domino effect of vast proportions would lie ahead for a country so steeped in the automotive industry.