Hydrogen cars unlikely to be the future of motoring amid concerns 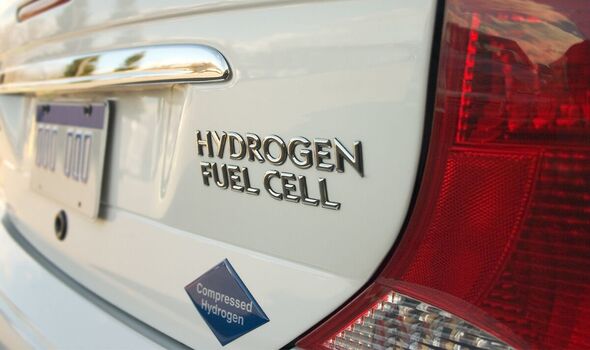 Hydrogen is quickly becoming one of the most popular fuel sources around the world, with many hoping that it could work hand-in-hand with electric vehicles as the UK looks to decarbonise before its 2050 net zero target. However, an expert has claimed that they might not be the safest option for British drivers.

Steve Endacott, Chairman at Electric Car Organisation, said that hydrogen vehicles could cause a “nasty explosion” if they are involved in a crash.

Mr Endacott added: “It is unlikely we will be driving around in Hydrogen-powered cars. It’s a great idea until something goes wrong.

“Liquid Hydrogen is highly flammable and could cause a nasty explosion in a car crash, so driving around with tanks of liquid hydrogen is not a great idea.”

The expert continued: “However, powering EVs with electricity from Hydrogen-powered mini power stations is clearly very desirable and this is where most of the development focus is aimed at.”

In August 2021, the Government announced plans for a “world-leading” hydrogen economy which is set to support over 9,000 jobs and unlock £4billion in investment by 2030.

2021 saw a staggering increase of 82 percent in sales of hydrogen-powered cars as dealers cut enormous amounts from prices to convince buyers to switch to the fuel.

Fuel Cell Electric Vehicles (FCEVs) have struggled to catch on with many motorists unaware of the technology and a lack of available models.

FCEVs are fuelled with pure hydrogen gas stored in a tank on the vehicle.

Similar to conventional internal combustion engine vehicles, they can fuel in less than four minutes and have a driving range over 300 miles.

Those numbers represent an increase of 108 percent from electric vehicles sold in 2020.

Dan Harrison, Editorial Director at Auto Village, told Express.co.uk that despite the figures there is no simple answer as to whether hydrogen cars will be successful or not.

Mr Harrison said: “The future of hydrogen cars depends on a number of complex factors.

“For example, the price of oil and other fossil fuels will play a role in determining the viability of hydrogen cars.

“If fossil fuel prices remain high, and delays on EVs continue, then hydrogen cars may become more attractive as an alternative.

“Similarly, Government policies and regulations related to climate change and emissions will also impact the future of hydrogen cars.”

The expert continued: “Assuming that all of these factors remain favourable, there is still the question of whether there is enough infrastructure in place to support widespread adoption of hydrogen cars.

“EVs are already between 10-20 percent of the way to having an effective transport system; there are only 15 hydrogen fuelling stations compared to 30,412 EV charging points, highlighting the current impossibility of widespread hydrogen adoption.

“This needs to be increased significantly if hydrogen cars are to become a mainstream option for drivers.”

Mr Harrison added: “Variety is an issue, with only two manufacturers offering hydrogen-powered models in the UK, the Hyundai Nexo and Toyota Mirai.

“The cost of these vehicles places them out of the reach of most drivers, with the Nexo retailing for £65,995 with the Government grant.”