How Silverado EV Stacks Up Vs Cybertruck, Rivian, Hummer, And Lightning

Electric trucks: so hot right now. With some of them reaching dealerships in 2021, others arriving early this year, and at least two more on the way in the years to come, soon the market will be saturated with all varieties of battery-powered pickup.

With so many options to choose from, you’re probably wondering which EV truck is worth your money. Until we’re able to get all of them together for a proper comparison test, it’s impossible to definitively tell you which one is best. But, we can at least peruse the specs sheet and look over the stats so that you have an idea as to what each one offers.

The Chevrolet Silverado EV is the latest to join the fray, making its virtual debut as part of the 2021 CES show in Las Vegas this past week. But the list of contenders also includes the Ford F-150 Lightning, the GMC Hummer EV, the yet-to-reach-production Tesla Cybertruck, and the Rivian R1T. So let’s see how they stack up.

How much are these battery-powered trucks going to cost? Some of them, like the Rivian and Hummer, aren’t attainable to the everyman – but they do come loaded with features, unlike some of the more affordable trucks. The R1T starts at $67,500 for the base Explore trim, while the Adventure model brings the asking price up to $73,000. The GMC Hummer EV is even pricier, asking $108,700 out of the box. But GMC promises more affordable versions of the Hummer will follow.

As far as availability is concerned, the GMC Hummer EV and the Rivian R1T are the only two trucks that made it to customers in 2021. Although, technically speaking, Hummer only sold one (1) example in 2021. Nonetheless, the Lightning should hit the road early this year – but we will have to wait for the other two.

Tesla says the first examples of the Cybertruck should roll off the production line sometime this year, following months of delays. And Chevrolet says the First Edition variants of the Silverado EV will make their way to customers in 2023, while the rest of the model line won’t debut until at least 2024.

Naturally, you want to know what powers each of these machines. In the case of the Silverado EV and GMC Hummer, those trucks use GM’s new Ultium battery pack. While Chevy hasn’t released specifics on the Silverado EV’s overall capacity, we can safely assume that it holds the same 200.0 kilowatt-hours as the Hummer in the top-spec RST trim. The base Work Truck, Chevy says, will have a smaller battery pack and capacity.

The base Ford Lightning offers two battery capacities. The company confirms a usable capacity of 98.0-kWh in the base model and 131.0-kWh in the upper trim, with estimates putting the gross capacity at 110.0-kWh for the base trim, and 145.0-kWh for the extended-range model. The Rivian R1T, meanwhile, packs a gross capacity of 135.0-kWh, while the Cybertruck is rumored to offer up to 250.0-kWh – which would make it the largest of the group.

If the Cybertruck does make it to market with that massive battery pack equipped, it would have the best range of the bunch; Tesla says it could drive up to 500 miles (805 kilometers) on a single charge with the quad-motor setup equipped. The Silverado EV would be the next-best with 400 miles (644 km) of range. But when it comes to electric trucks currently on sale, the GMC Hummer EV is the range king with 329 miles (530 km) on a single charge, followed by the Rivian R1T with 314 miles (505 km), and the Ford Lightning with up to 300 miles (483 km) of range.

The new Silverado EV (in RST form) and the Hummer EV offer the fastest charging rates of any other electric truck – and most other EVs for that matter – up to 350 kilowatts. That means these two pickups will be able to recoup 100 miles of range in just 10 minutes at a compatible DC fast charging station.

Next-best is the Rivian, which achieves rates up to 210 kilowatts and can recoup 140 miles in 20 minutes. The Ford Lightning is behind the eight ball comparatively, charging at a maximum rate of 150 kilowatts, and juicing from 15 to 80 percent charge in 41 minutes.

Tesla says that the quad-motor Cybertruck (formerly the tri-motor model) will be able to charge at a rate of up to 250 kilowatts, which would put it above the Ford and Rivian, but still below the Silverado and Hummer. Hopefully Tesla releases more specifics ahead of the truck’s debut, which is scheduled for this year.

Range and battery capacity are definitely huge factors when considering an electric truck, but for a lot of people, power still plays a role. The good news is that all of these trucks pack plenty of it.

Tesla claimed 800 horsepower (597 kilowatts) and a 0-60 time of 2.9 seconds in the Cybertruck tri-motor model. But with news of the new quad-motor model, those figures could be even better. As far as production trucks go, the GMC Hummer EV is the fastest and most powerful, with up to 1,000 hp (736 kW) on tap and the ability to hit 60 miles per hour in just 3.0 seconds via its “Watts To Freedom” – or WTF – launch control system.

These are still trucks, after all, so they need to do truck things. Towing and payload capacity are still two of the biggest factors buyers consider when looking for a new pickup.

Believe it or not, the Rivian R1T is the top towing truck of the group of production models, able to tug 11,000 pounds (4,990 kilograms) with the quad-motor option equipped. The payload figure is impressive too, second-best in the segment at a hearty 1,760 pounds (798 kg). 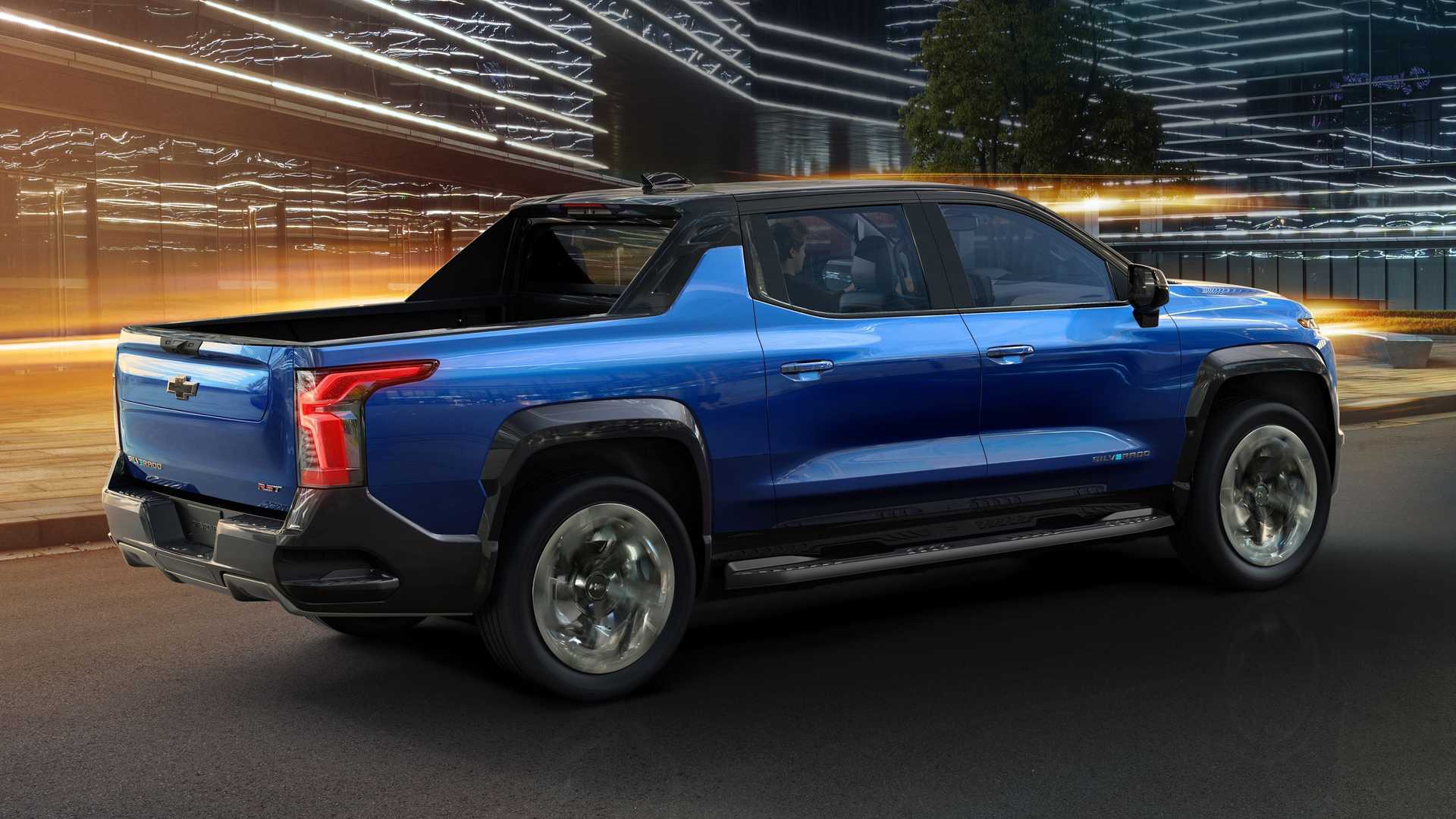 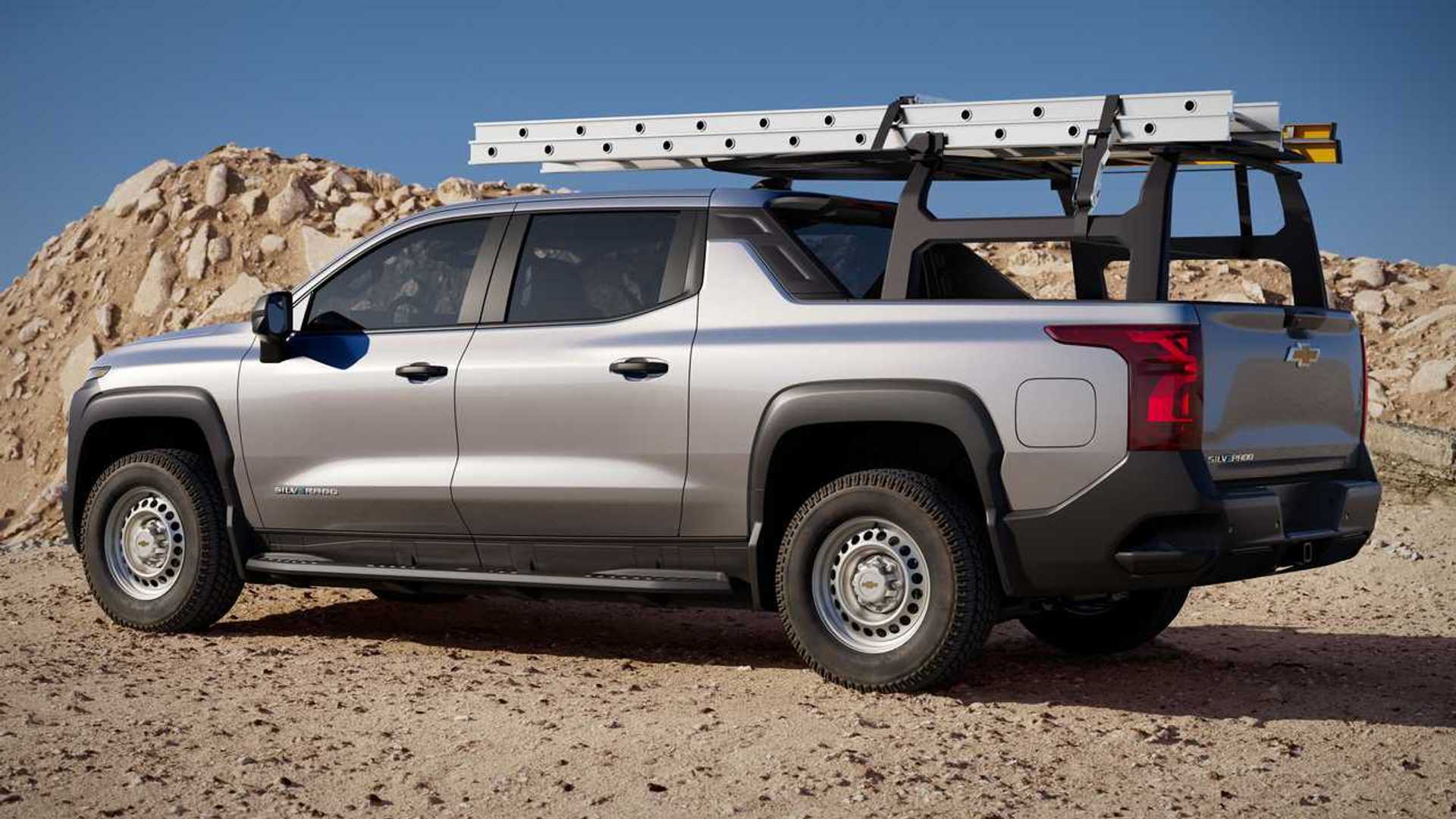 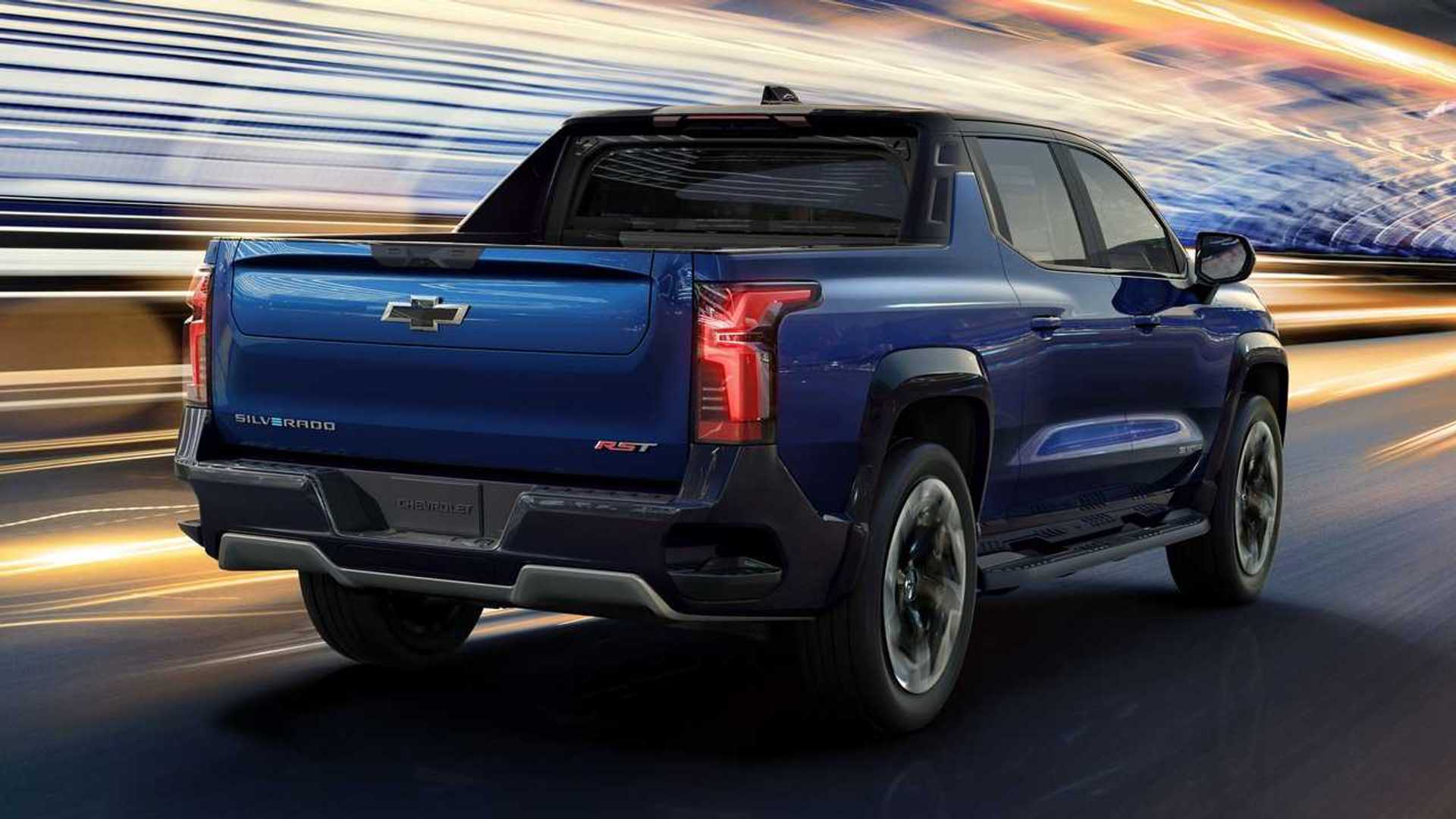 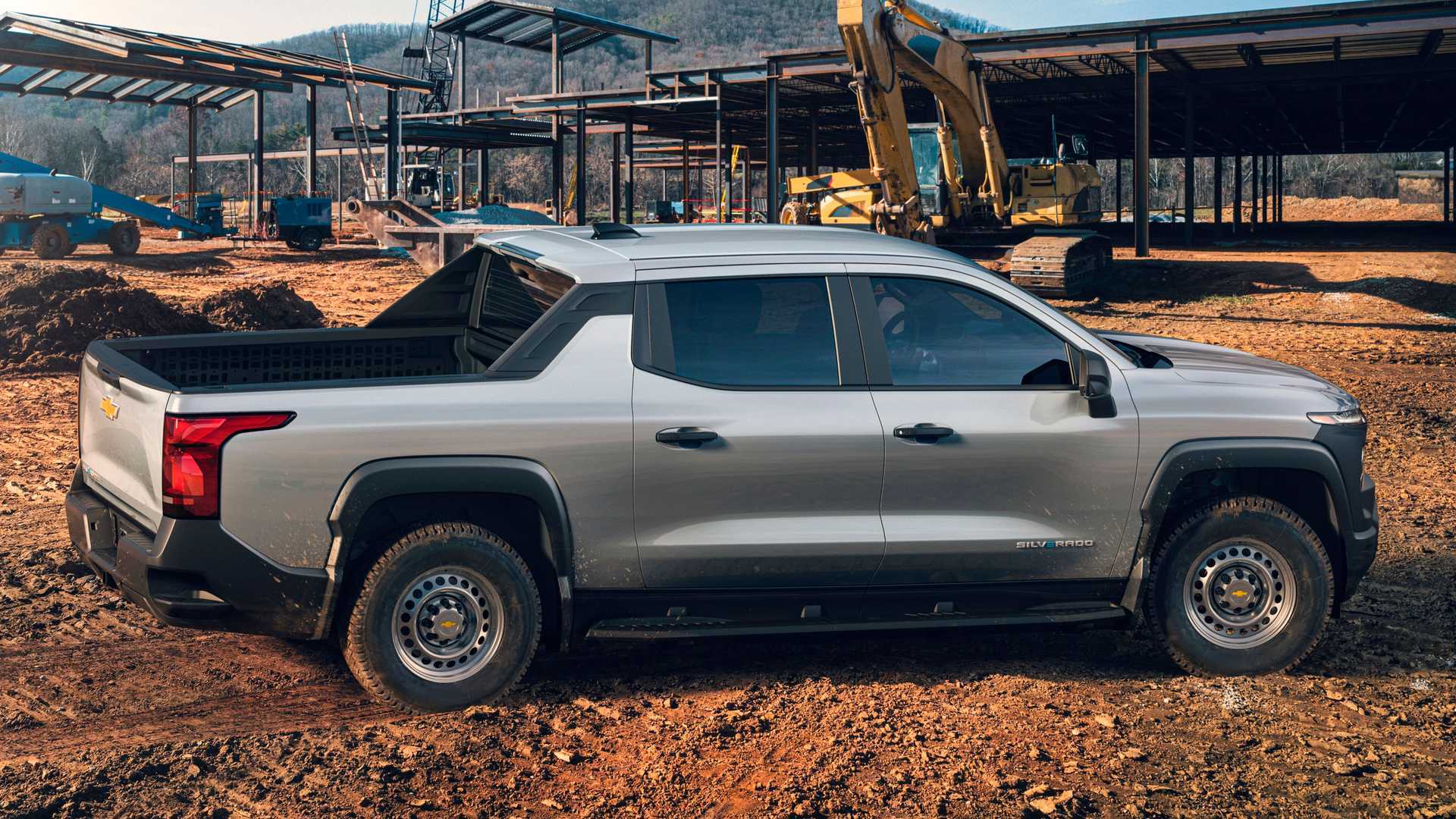 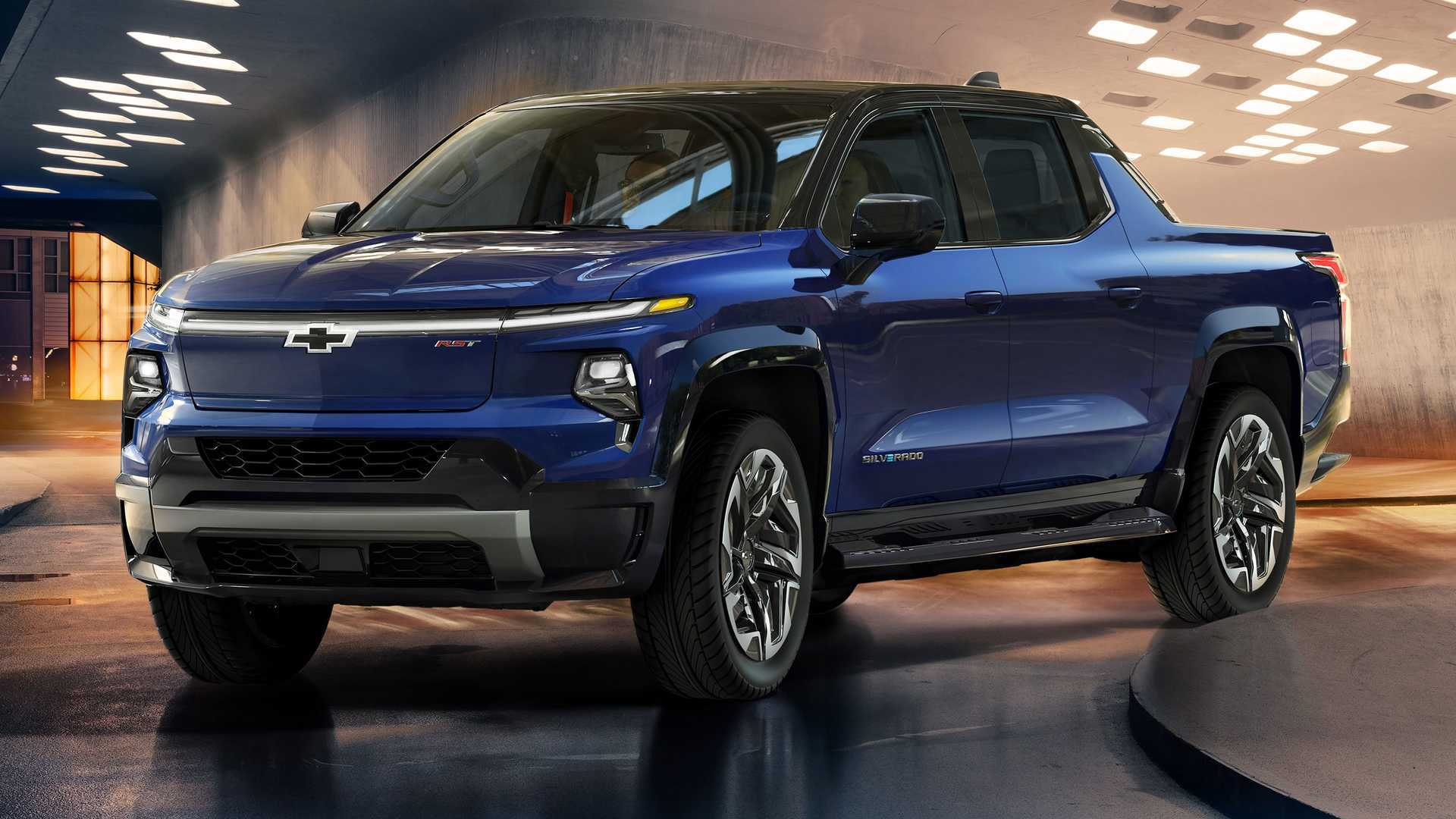 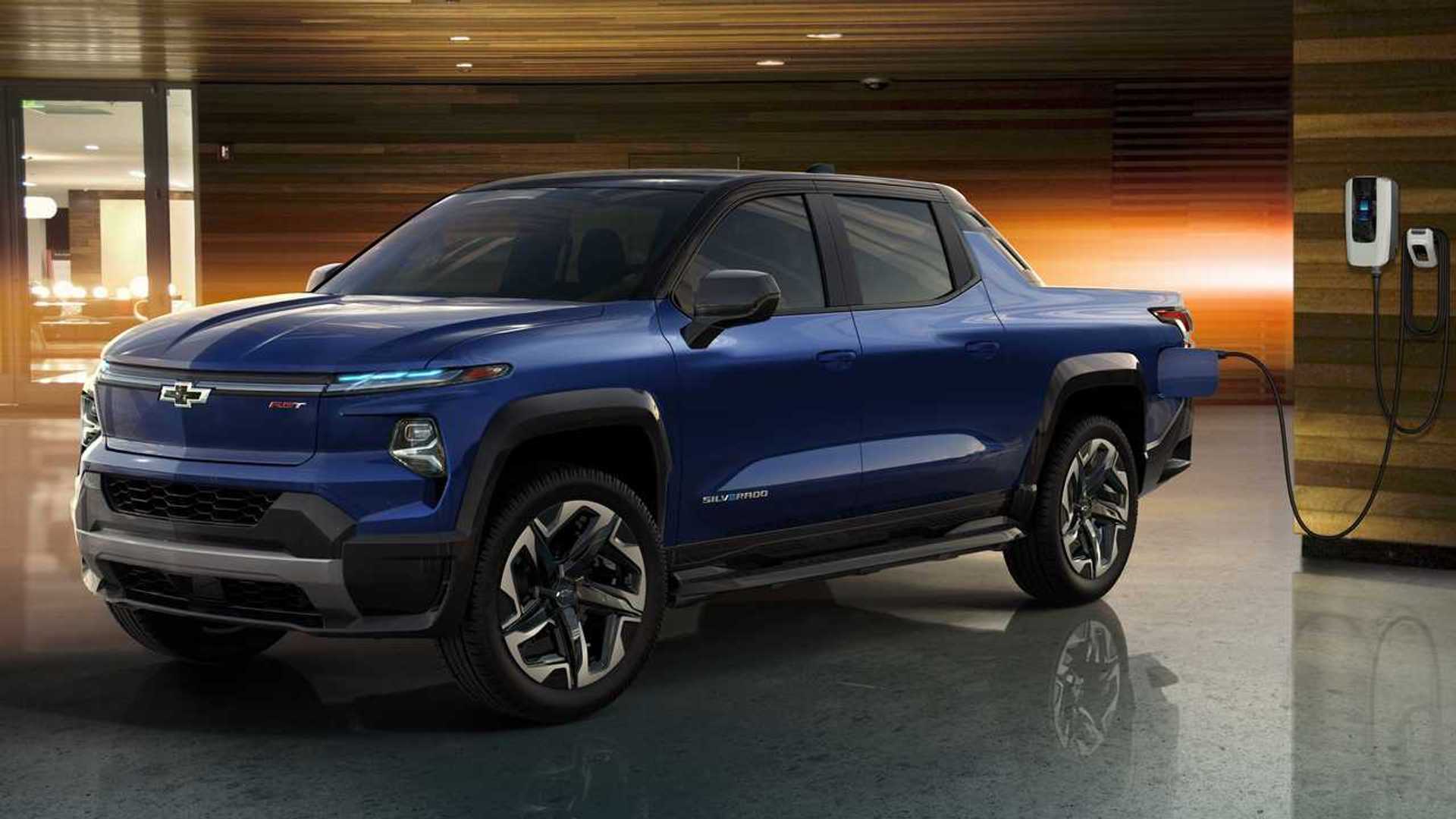 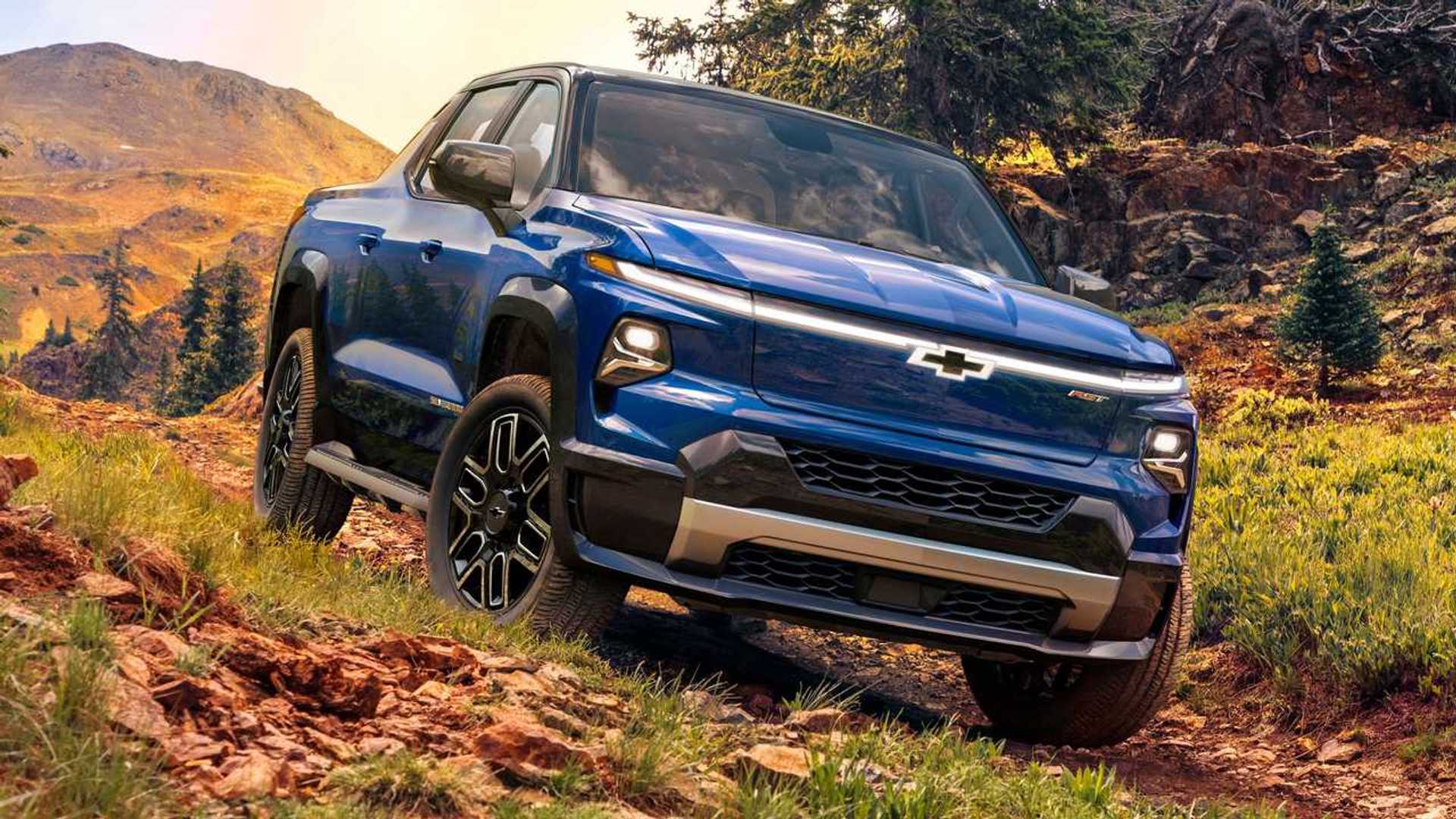