The BMW iX xDrive50 is one of the most intriguing new electric vehicles to be released in North America in 2022, and all versions of it have an EPA-rated driving range of over 300 miles per charge.

We haven’t had the opportunity to put those range claims to the test of the InsideEVs 70 mph range test just yet, but we anticipate that happening sometime within the next two months. However, the driving range is only one aspect of how well the vehicle performs on long road trips when the intended journey exceeds the single charge range limit.

In those instances, you’ll want your EV to recharge as quickly as possible at a DC fast charging station. BMW tells us that the iX xDrive50 can charge from 10% to 80% in under 40 minutes when charging on a DC fast-charge station that can deliver the full 195 kW that the vehicle can accept. 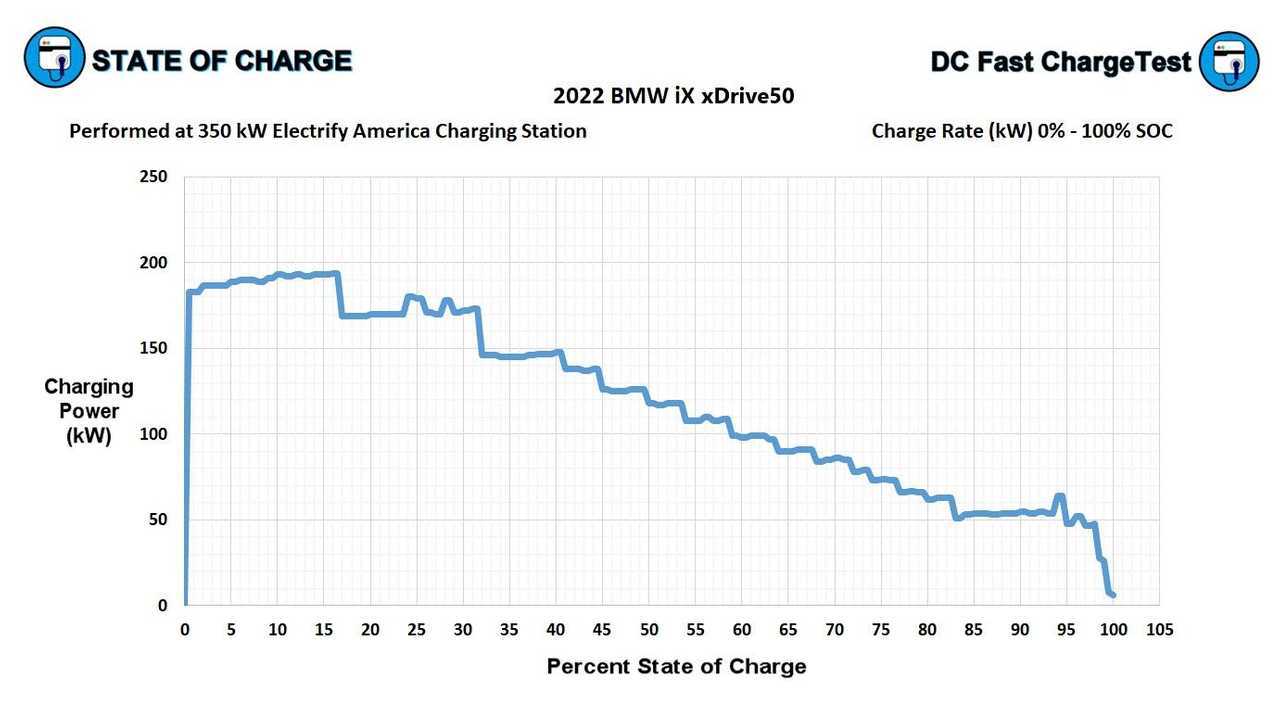 While that’s definitely not the best charging statistics that we’ve seen (that crown goes to the Lucid Air), it’s better than average considering the iX has a large 111.5 kWh battery (total capacity) battery pack with 105.2 kWh being the usable capacity.

In our test recording, it took the iX 41 minutes to go from 10% to 80%, not much longer than the time that BMW promises. However, we did the fast charge recording in the winter, when the ambient temperature was below freezing, and all EVs charge slower when the battery isn’t hot enough to accept the full charging power that it’s capable of.

The iX did pull close to its maximum rate for a short time in the beginning but quickly started to slow down after only a few minutes of charging. We actually think the vehicle was thermal limiting at that point and slowing down the charge rate because it later increased the rate for a while.

When you see that on the charging curve it means the vehicle (or the charging station) intentionally lowered the charging rate for a short time to cool down a component that was overheating from the high-speed charging process. 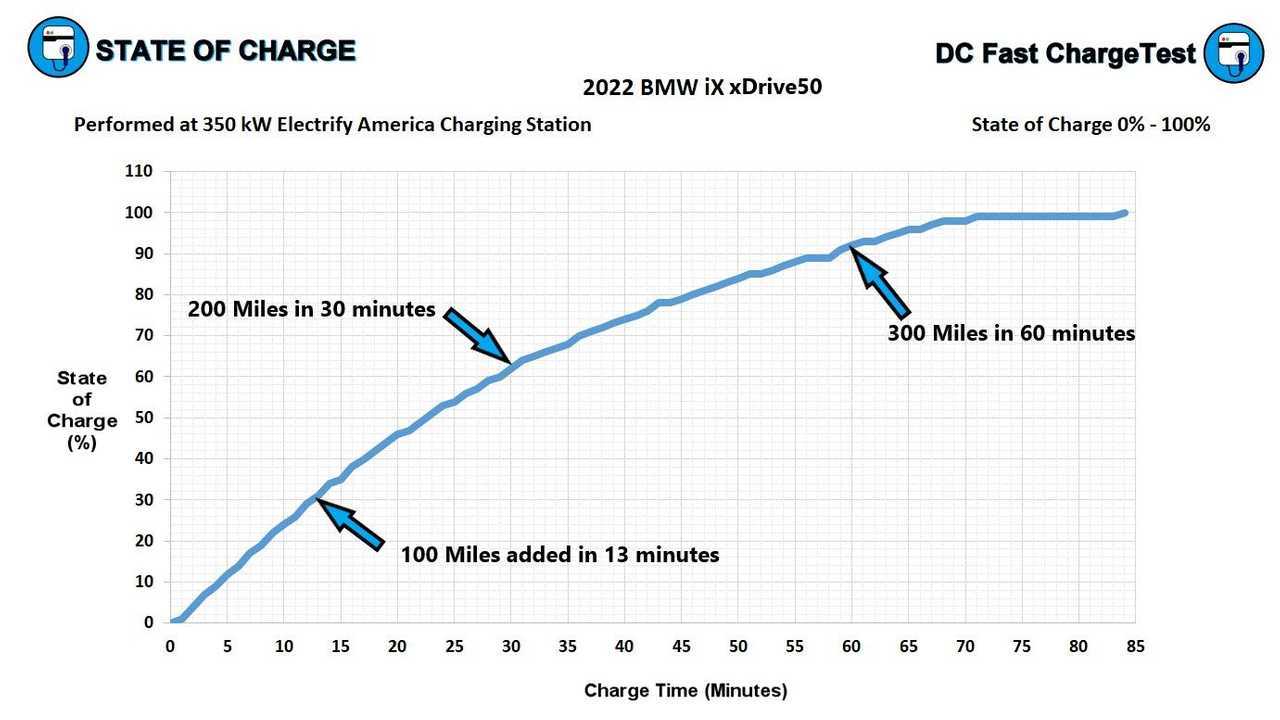 Even though the iX didn’t charge quite as quickly as BMW promises it can, it did replenish the battery pack pretty well and added back 100 miles of EPA-rated driving range (for the iX xDrive50 with 20″ wheels) in 13 minutes. It took 30 minutes to add back 200 miles and exactly one hour to add back 300 miles.

As with all EVs, the charging rate slows down dramatically once the state of charge is over 80% and we’d recommend unplugging once you’ve reached that point and continuing your journey. You’re actually better off stopping twice and charging from 10% to 60% both times (48 minutes total) than waiting for the vehicle to charge once from 10% to 90% (53 minutes). 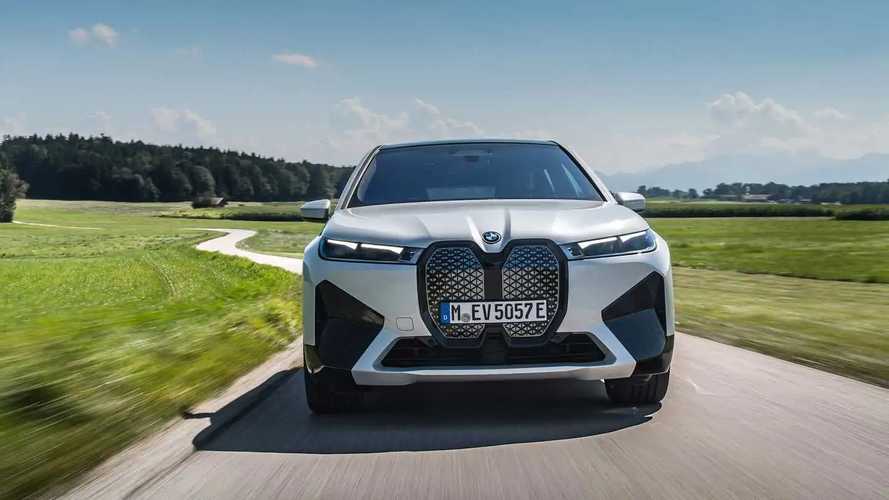 So check out the video and let us know your thoughts in the comment section below. Does the BMW ix xDrive50 charge well enough for a premium EV with a starting MSRP of $83,200?