Volkswagen CEO Ralf Brandstätter showed a new electric concept on his personal LinkedIn page. The car is called ID.X, a performance version of the ID.3 hatch.

“We just introduced the ID.4 GTX,” Brandstätter said on Linkedin. “Our first electric performance model is very well received even with our engineers—because with it they have discovered the fun of developing high-performance electric cars. And so we just let them do it.

“The team has equipped an ID.3 with an original 62-kWh with an 82-kWh battery and recombined it with parts of the ID.4 GTX,” he continued. “Powertrain, chassis, and infotainment are modified and give the vehicle an extraordinary appearance inside and outside. The result of this experiment is a powerhouse with all-wheel drive, 245 kW power and sporty design.” 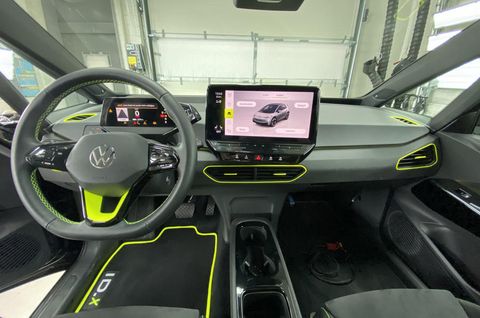 He said he tested the prototype and is “thrilled,” adding that it can hit 62 mph in 5.3 seconds and that the interior and exterior are an “absolute design highlight.

“I have often talked about how versatile our MEB [platform] is,” he said. “The ID.X makes this very clear. Even if the ID.X will not be a production vehicle, we will take up many ideas.” 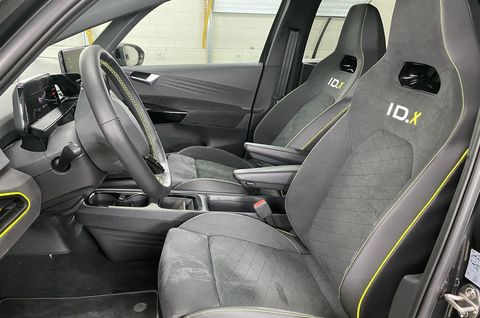 Meanwhile, VW sources told Autoweek that they “suspect” it will be built but also said it’s “highly unlikely you will see it in the U.S., if it does get built.”

Brandstätter’s quoted output equates to 329 hp, 27 hp more than the GTX. VW sources told Autoweek that the four-wheel-drive system is based on the GTX and the drift mode is based on the new Golf R’s.

They also say VW’s R group is still working on an R version of the ID.3.

What do you think of the VW concept? Log in to the comments and let us know.