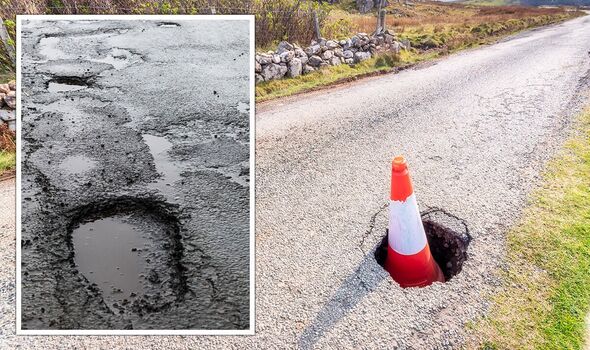 Experts from leading price comparison website Quotezone.co.uk are calling on the Government and local councils to not let the pothole problem get even worse. With a long winter of bad weather ahead, motorists will run an increased risk of damaging vehicles by driving over potholes if UK roads are not properly maintained.

Spending on road maintenance has almost halved since the financial crisis just over a decade ago, and the recent cost-of-living crisis has further reduced potholes on the priority list.

Even temporary pothole fixtures – which involve filling the hole with a form of asphalt treatment – have also decreased by almost half in some counties.

There are also claims from members of the public that councils are not properly inspecting potholes that have been reported online.

Several county councils have admitted that filling in potholes is no longer a priority as a result of the rising cost of living, with less funding for UK highways.

And with an expected bad weather spell to last well into the New Year with rising levels of snow, ice and rain – it will no doubt make potholes even worse.

With a combination of bad weather and lack of funding, the UK is likely sitting on a disaster waiting to happen and the pothole problem may soon get out of hand, according to the experts.

With nine in 10 insurance claims coming from pothole incidents, Quotezone.co.uk is calling for councils and the Government to urgently act on what is a UK-wide problem.

Data shows that the worst pothole-affected area in the UK by far is Northumberland, with over 180,000 potholes reported over four years, followed by Cornwall and Kirklees in West Yorkshire.

Newcastle, Liverpool and Suffolk also have some of the worst potholed roads in the UK as well as Fife and Glasgow in Scotland, and Newry, Mourne & Down joined by Armagh City, Banbridge & Craigavon in Northern Ireland.

Greg Wilson, the founder and CEO of Quotezone.co.uk, said: “We all know how bad it can be to drive down roads that are full of potholes, and unfortunately the problem does not seem to be going away.

“With a massive 90 percent of insurance claims coming from pothole-related incidents, most of us have had damage caused by a pothole, or know someone that has.

“We are expecting a winter of extreme weather and with spending on road maintenance on the decline, we could expect to see a significant increase in pothole-related claims.

“This will make UK roads more dangerous for all road users, so we’d encourage local authorities and the government to act now ahead of the worsening weather and make a start on fixing the UK’s pothole problem.”

The news comes after recently released data from the Department for Transport showed that a third of all local B and C roads in England are in desperate need of maintenance and repair.

Jack Cousens, head of roads policy for the AA, said last month: “Roads across the country are in an awful state and with winter just around the corner the plague of potholes will only spread.

“Local roads are at great risk of becoming dangerous and need significant investment to make them safe.

Nicholas Lyes, RAC head of road policy, added that the lack of road improvements does not bode well for the winter months.

He said: “Our research shows that the majority of drivers believe local road conditions have worsened in the last 12 months and our Pothole Index suggests drivers are around 1.5 times more likely to suffer a pothole-related breakdown than they were in 2006.”