Government could eradicate nuisance drivers with a new scheme 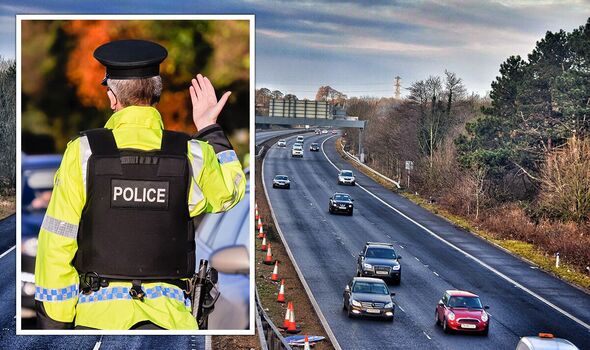 The Government is looking to increase fines for noise pollution and find a better solution to catch more offending vehicles, according to motoring experts. The Department for Transport (DfT) completed the two-month trial of “noise cameras” within four UK cities – Bradford, Bristol, Great Yarmouth and Birmingham.

The cities won a nationwide competition to host the cameras as part of the scheme that ended in December 2022, with announcements expected on which cities the scheme will next be rolled out to, according to analysis by experts at Quotezone.co.uk.

The aim of the scheme is to identify antisocial drivers to reduce noise pollution and eradicate nuisance drivers who have illegally modified their engines and exhausts.

Noise pollution levels were recorded at various sites with the long-term aim of reducing noise pollution across the UK to restore peace to local communities that have been affected by the noise made from “road racer” drivers who modify their cars.

It’s illegal to modify the exhaust system to make a vehicle noisier after it has been ‘type approved’ (checked it meets environmental and safety standards).

The police can also take action if the vehicle’s silencer doesn’t work in the way it was intended or if the way the car is driven creates too much noise.

The most recent data shows that almost 50 percent of Brits complain that these noisy drivers are the worst motorists on UK roads.

The drivers in question illegally modify their cars by altering the exhaust and engine to break the legal noise limit of 74 decibels – which is about as loud as a vacuum cleaner – above 70 decibels over a prolonged period of time can start to damage hearing.

If drivers are caught with these anti-social modifications, they could currently be given a £50 on-the-spot fine with the vehicle taken off the road until the noise level is reduced to below the legal limit.

Drivers who modify their exhausts could see higher car insurance premiums and risk having claims rejected if they fail to inform their insurer about the modifications.

Greg Wilson, the founder and CEO of Quotezone.co.uk, said: “Most of us have been affected by so-called ‘road racers’.

“These drivers can actually start to damage peoples’ hearing and plague local communities, particularly those with young families who are trying to get children to sleep.

“We, like other motoring groups, welcome the DfT’s trial scheme to help reduce the number of noise disturbances with their innovative acoustic camera technology.

“The cameras can immediately detect when noise levels exceed the legal limit of 74 decibels – helping the police to crackdown on these offences.

“If it’s successful we hope to see noise cameras appearing in cities right across the UK.”

The Department for Transport (DfT), recently stated that nuisance drivers across the country are partly to blame for lost productivity in people’s jobs due to sleep disturbance, and health costs from strokes and heart attacks.

The innovative “noise cameras” help to catch offenders because they automatically detect vehicles which are breaking the legal noise requirements, feeding evidence back to the police.

Without the help of the new noise-capturing technology, the police have trouble gathering evidence to charge those who have excessively loud engines and exhausts.

The new technology, which was backed by £300,000 in the initial trial phase, is designed to help the crackdown on rogue drivers and restore peace and quiet across the country.

In a period of nine months, a separate pilot scheme trialled in the London borough of Kensington and Chelsea caught nearly 10,000 vehicles – they also found that BMW cars were the most offending vehicle.