Chevrolet recently gave us a sneak peek at what the upcoming Blazer EV’s charging port door looks like, as well as the fender and front door area around it. Based on that teaser, we’re pretty sure the camouflaged vehicle that was spotted undergoing testing is a prototype for the electric Blazer, and it appears to be wearing its production body.

Not everything is final, though, so we’re not sure about either the front or rear light clusters. In fact, we’re pretty sure both front and rear sets are placeholders, the rears more obviously so than the fronts…

But with this excellent batch of photos of it shot while it was being tested with a production body along with several Cadillac Lyriq prototypes, we are able to get an idea of the vehicle’s style and proportions. It looks quite long low and wide, with small front and rear overhangs and quite a long wheelbase. 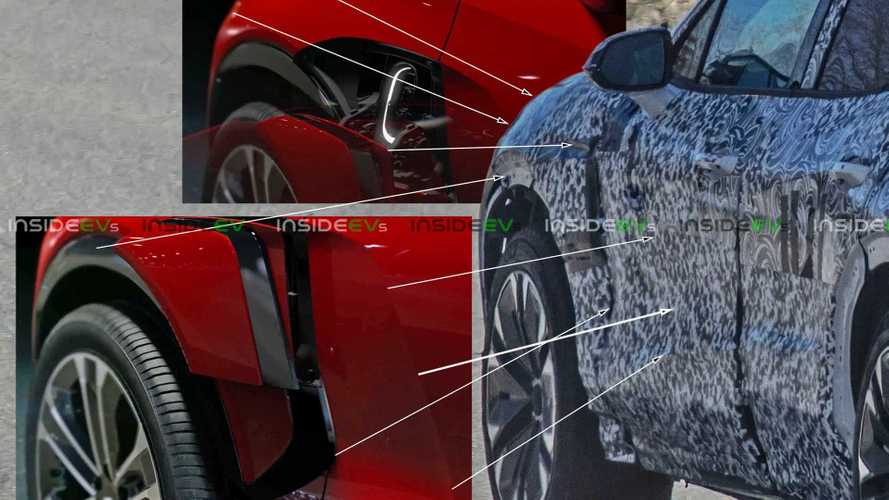 Based on the above, we really don’t think this electric Blazer will be built on the same platform as the ICE model. Chevrolet has so far not confirmed what platform the Blazer EV will be built on, but it looks like it could be on a bespoke EV architecture – probably the Ultium platform.

It is designed to offer a range of battery pack capacities between 50 kWh and 200 kWh, with over 300 miles on one charge with the largest battery pack. We don’t think this Blazer EV will get a 200 kWh pack, but based on its size and the fact that we know Chevrolet will want to launch a performance version, it could still get maybe around 80 kWh.

The 2024 Chevrolet Blazer EV is expected to be shown towards the end of the year before going on sale in the spring of 2023.