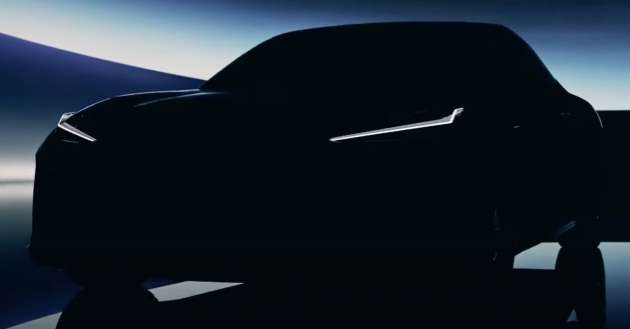 Geely has teased an upcoming, fully electric fastback model that is set for unveiling later this year, around the same time as when group brand Polestar revealed its updated Polestar 2 fastback model.

What’s visible of the upcoming model so far are its three-dimensional headlamp design, where its L-shaped design appears to mimic the upper half of the ‘Thor’s Hammer’ shape as seen in the headlamps of current Volvo and Polestar models, and the brief view of the front of the vehicle suggests a set of wide wheelarches.

Turning to its side profile, the illuminated sections indicate that this upcoming EV fastback sedan will employ a coach-door arrangement, otherwise known as suicide doors as used by Rolls-Royce and the Lincoln Continental 80th Anniversary Coach Door Edition.

While the wheel arches are not immediately visible in the shadow, it can be implied by the trio of illuminated markers in this teaser, and the rear end of the car appears to use a full-width tail lamp arrangement.

Given its flagship model positioning, this upcoming EV from Geely will likely use the SEA1 core platform of the Sustainable Experience Architecture (SEA) in its luxury vehicle application, using a platform that first underpinned the Zeekr 001.

Single- and dual-motor powertrain configurations will be accommodated in this platform; for reference, the Zeekr 001 outputs 536 hp via all-wheel-drive, does 0-100 km/h in less than four seconds and boasts of a battery range of over 700 km.

This will be a large vehicle, and given that the Zeekr 001 that is likely to share its platform sports a wheelbase of over three metres, the upcoming Geely EV sedan will be at least as long. The SEA1 platform also offers provision for an 800-volt electric system, which will offer charge times as quick as 20 minutes, according to Geely.