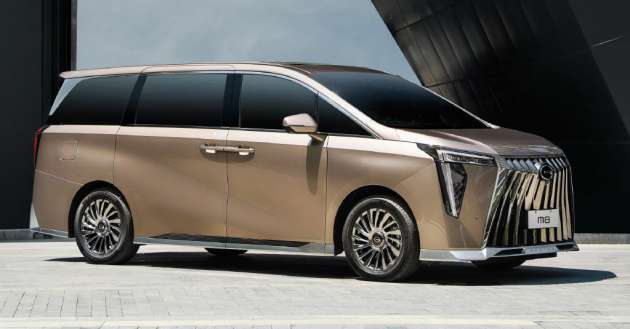 Guangzhou Automobile Group (GAC) has revealed the second-generation M8, which is a large MPV marketed under the carmaker’s Trumpchi sub-brand. The new model competes in the premium MPV segment and will be offered with petrol, hybrid and plug-in hybrid powertrains.

The petrol-only option is a 2.0 litre turbocharged four-cylinder that reportedly makes 255 PS (252 hp) and 400 Nm of torque, with drive sent to the front wheels via an eight-speed automatic transmission.

Meanwhile, the hybrid version uses the same engine, but adapted to run on the Atkinson cycle to serve up 193 PS (190 hp) and 320 Nm. The hybrid system is sourced from Toyota and includes an e-CVT as well as an electric motor rated at 184 PS (181 hp or 135 kW) and 270 Nm. As for the plug-in hybrid powertrain, the Chinese carmaker has yet to provide any details. 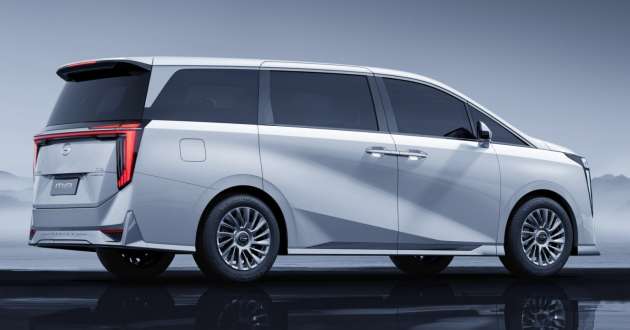 Featuring 10 vertical chrome bars aligned to “create the peak momentum of a lion leaping Mount Everest and smashing the sky,” the grille dominates the M8’s front end in a way that puts BMW and Lexus on notice.

According to various reports, this look is for the Master variant of the M8, which bears the “Master” script in the front and rear aprons and is the highest end option available to customers. We don’t have photos of the non-Master variant yet, but it’s said to have a different grille.

Prominent nose aside, other design cues of the MPV include slender LED headlamps with a trailing edge that is reminiscent of recent Peugeot models. The “fang-like” light structure is also replicated for the taillights, which have an in-vogue light bar linking the clusters. The M8 also gets a “floating roof” aesthetic, generous amounts of chrome and a rather sculpted tailgate.

Of course, the main appeal of a luxury MPV is life on the inside, and the M8 doesn’t appear to disappoint. The Master specification sees a 2-2-3 layout with two powered captain chairs in the second row with extendable ottoman and Yamaha speakers integrated into the headrests.

The driver/chauffeur has access to a 12.3-inch digital instrument cluster as well as a 14.6-inch Adigo 4.0 touchscreen infotainment system, which are set on a relatively simple dashboard with a horizontal design. The centre console is also straightforward, with the gear selector, engine start button, drive mode selector and electronic parking brake controls located on it.

To create a luxurious atmosphere, there’s plenty of premium materials throughout the cabin, including plush leather and polished metals. The gear selector also sports an illuminated crystal element with 160 facets that syncs with the rest of the car’s ambient lighting system.

If you’re not a fan of the black and white theme you see here, GAC also offers a fancier “Royal Opera” option with a red, gold and white colour scheme. This also replaces the art décor dash inlay ahead of the front passenger with a textured piece that has the “Master” script. Pricing for the M8 will be revealed later when the MPV goes on sale in China sometime this fall.

Related posts:
SA’s advice on refilling Diesel Exhaust Fluid (DEF) on an XUV700
How lucky I was to get a new alternator for my Etios Liva during a trip
Best News