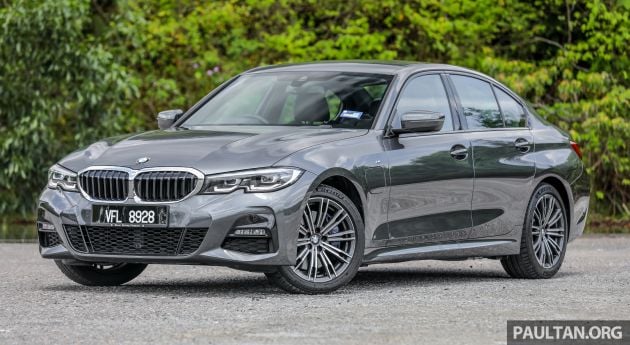 The semiconductor shortage continues to disrupt vehicle production, and we’re seeing the effects first hand with the locally-assembled G20 BMW 330e M Sport. At the time of writing, the plug-in hybrid sedan is priced from RM249,849, making it about RM1,600 cheaper than before.

The price drop is due to the removal (or unavailability, rather) of BMW Digital Key and Qi wireless smartphone charging systems. Other markets also seem to be similarly affected, as the two options are presently not offered on online configurators for certain models.

A source from BMW Malaysia confirmed the matter to be related to the semiconductor shortage, but highlighted that the issue is only temporary. It’s not exclusive to the 330e M Sport, so other models fitted with BMW Digital Key and the wireless charger from the outset – like the 320i Sport and X5 xDrive45e – may also be affected. Luck of the draw, so to speak.

The company assures that once the supply crisis eases, both features will be reintroduced (along with pricing revisions, naturally) on affected models. Hey, at least you’re not being charged full price for something they could have sneakily gotten away with, right?