Furious driver hits out at ‘snobby’ neighbour amid parking row 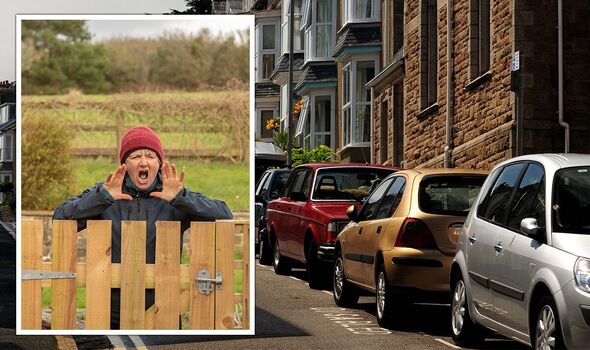 A furious driver has taken to Reddit’s LegalAdviceUK forum to ask for some advice amid a parking row with a neighbour. The motorist described the feud in detail before adding that they were recently woken up in the middle of the night by the neighbour screaming that they should park their car next to their “s**thole”.

The initial post read: “My snobby neighbours are trying to stop me and my other neighbour from parking in council owned parking spaces.

“My neighbours of around 15 years have inconvenienced me for the last two years with their constant renovation work.

“They have made it very difficult for me to get my car past all their constant builder vehicles, I’ve had flat tires due to screws, I’ve had to ask their workers to move and I’ve even had to move their tools myself.

“Now though they have finally had their work done which includes building a 6ft fence in between our shared front lawn and they now want to banish me from the parking spaces in front of their house so they can put some fuckin rhododendrons there.

“The parking spaces are council owned and our house is a council house. A member of the council has told us we can park there but they have a different story apparently.

“I hate this, I am not sacrificing one of my freedoms and making my life harder just because they’ve suddenly decided after years they don’t want to look at my car.

“They’re basically posh snobs who’ve done up their house and have suddenly decided they want to pretend they don’t live next to council house lower class.”

The driver ended the post by asking other Reddit users if their neighbours are likely to “win this war”.

A few days later, however, the post was edited by the driver who added: “Wow just wow, I was woken up last night by the mother screaming at our house gone midnight ‘don’t park your car next to OUR house, park it next to your sh**hole.'”

The motorist received plenty of advice in the comments underneath their post with most people siding with them.

One user wrote: “If it is council-owned and registered land (you can check with the land registry) there is nothing they can do and you must continue to use the space without interference.

“The last thing you should do is stop using the space which will only give them the mistaken belief that they can take it over, which they can’t legally but most councils would turn a blind eye to.

“However, if they come to sell they wouldn’t be able to claim the space as their own anyway, they are just pushing their luck.

“If need be write them a strong letter reiterating the above to stress your points and suggest they take legal advice (unlikely and costly) to make them back off for good.”

Another added: “Sorry.. they want to plant bushes in the public road? Am I reading that right?”

A third commented: “Just stick to your guns. I’ve had a similar issue with a shared drive over the years. Just don’t let them grind you down.”

Someone else said: “If it’s a public road you can park where you like as long as the vehicle is taxed and insured and you park your vehicle within the Highway Code rules.”

A fifth user said: “Park there regardless, leave a letter from the council that states it’s council owned and that you can park there. Or just tell them to do one and that you’ll park where you want to.”