Flying car with Thunderbirds interior could be breakthrough in air travel

The Pulse Concept has a pointy pod which slots from a plane onto a six-wheeled car chassis which resembles something Lady Parker from Thunderbirds would drive. In the air, the glass pod’s luxurious lounge-like interior gives fabulous, near-panoramic views far superior to jet travel now. The flying component takes off and lands vertically. Back on the ground, the pod is docked straight into the car without travellers having to get out. 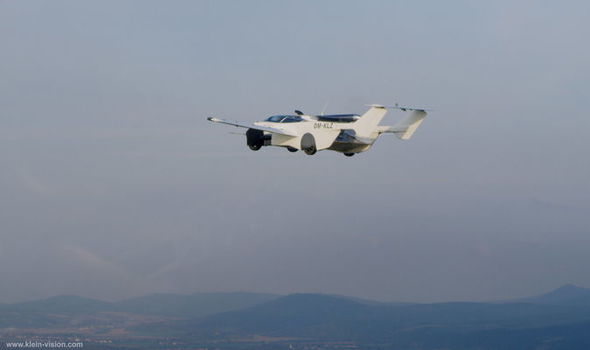 Incredibly the futuristic concept is based on Harley Earl’s Buick Y-Job from 1938. That classy motor was also a groundbreaking vehicle of its time as it featured power-operated hidden headlamps and electric windows.

The Pulse Concept is branded a vision of the future of air and ground travel and was designed by Brazilian aeroplane producer.

Embraer, which is the third largest producer of civil aircraft after Boeing and Airbus.

By combining an aircraft with a car, the Pulse Concept would allow travellers to go from destination to destination rather than airport to airport.

But it might be some while in development – the design would need advances in glass technology and see-through alloy metals to allow a 365 degree view.

Embraer’s designers came up with the concept to mark the 50th anniversary of the company – which sells luxurious private planes as well as commercial jets.