Expansion of ULEZ will ‘isolate people’ and could ‘price out’ workers 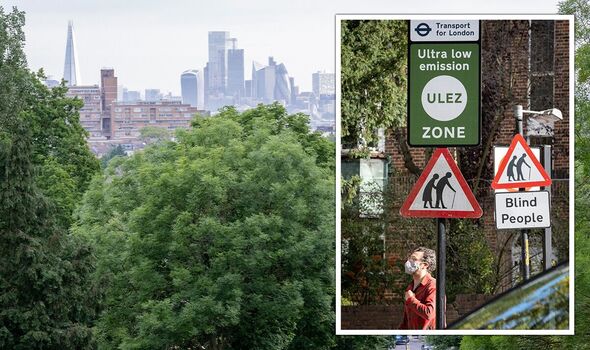 Experts are warning that despite many benefits to the expansion of London’s ULEZ, there could be some unwanted consequences. These may include the isolation of people from boroughs without good transport links and pricing out of NHS workers.

Dorry Potter of National Scrap Car exclusively told Express.co.uk: “The ULEZ expansion is to ensure that an estimated five million more Londoners will be able to breathe cleaner air.

“This means vehicles must meet strict emission standards to drive within the ULEZ area and those vehicles that do not meet the standards must pay a £12.50 daily charge which is in operation 24 hours a day, 365 days a year apart from Christmas Day.

“Although there are several obvious health positives from the ULEZ expansion such as reducing pollution and improving air quality, it also encourages consumers to consider public transport or cycling/walking as well as reducing congestion.

However, Ms Potter added that some drivers may be worried about the charges, considering that Britain is in the middle of a cost of living crisis.

The expert said: “Despite the many positives of ULEZ, you can’t help but worry about the negatives of potentially charging people £12.50 daily, especially at a time when families are already facing soaring grocery, energy and fuel bills.

“Experts have previously warned Sadiq Khan that widening the charge to the whole of Greater London risked pricing out hundreds of thousands of low-paid care workers and NHS staff from the capital.

DON’T MISS
Cyclists warned of Highway Code rule that could lead to £2,500 fines [WARNING]
The UK’s most reliable cars for MOT tests including Audi, BMW, Tesla [INSIGHT]
Petrol and diesel drivers could be wasting £188million worth of fuel [REVEAL]

“Expanding the ULEZ zones at this time, when some suburbs are without good bus and train services to outer London boroughs will only isolate people.”

However, Ms Potter stressed that drivers are not being left without any support. She highlighted that the mayor of London is “providing £110million for a new and improved scrappage scheme to help those who need it most amid the cost of living crisis including low-income, disabled Londoners, small businesses and small charities, to scrap or retrofit their non-compliant vehicles, on top of the £61million he provided for previous scrappage schemes”.

The expert added: “Sadiq Khan has also said all money raised by ULEZ will be pumped back into funding local public transport and is also planning the biggest-ever expansion of the bus network to suburbs.”

Martin Green, the head of Care England, was one of the experts who claimed that the expansion of ULEZ was “terribly unfair” and would increase the “enormous” pressure on the health sector.

Professor Green told LBC: “I think the mayor is doing a really detrimental thing in extending this charge.

“He seems to have no understanding of the impact this will have on the most vulnerable. That includes the people receiving services.

“But it also includes the people on low wages who are providing vital support, which enables people particularly to live in their own homes.”

He added: “It’s terribly unfair. It will increase the pressure, which is enormous, on care services and on health services. Already, we have huge problems getting staff, particularly to deliver care in peoples’ own home. This is going to make it even worse.”

A spokeswoman for Mr Khan previously said: “The Mayor has been clear that it was not an easy decision to expand the Ultra Low Emission Zone London-wide but a necessary one to reduce the capital’s toxic air pollution, tackle the climate emergency and cut congestion in our city.

“Around 4,000 Londoners die prematurely each year due to the toxic air in our city and children are growing up with stunted lungs while adults have greater risk of heart disease, dementia and other serious illnesses.

“The Mayor has listened to Londoners throughout this process and has asked TfL to explore what further support could be provided to care workers who may not have compliant vehicles in London.

“Although this is not straightforward, the Mayor has asked TfL to see what they can do without undermining the air quality benefits of the scheme.

“Despite not receiving a penny in scrappage funding from the Government, the Mayor is providing £110million for a new scrappage scheme to help the Londoners who need it most amid the cost of living crisis including low income and disabled Londoners, on top of the £61million he provided for previous scrappage schemes.

“He continues to call on the government to support London’s scrappage scheme so it can expand even further, as they have done for other cities across the country.”