Drivers urged to prepare for 23 percent rise in fuel duty 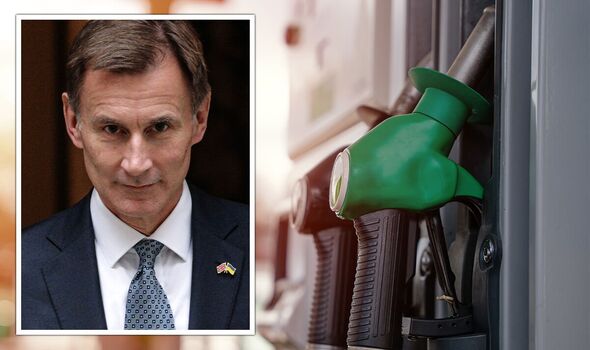 Motorists and businesses are being urged to take steps now to reduce the impact of what could be a staggering 23 percent rise in fuel duty in the spring, a leading UK fuel technology company claimed.

The details regarding the hike were buried in the OBR document released alongside the Chancellor’s Autumn Statement.

The current 5p per litre fuel duty cut made earlier this year is due to expire next March, but no decision on future fuel duty will be made until the next Budget, in the spring.

Nawaz Haq, Executive Director at SulNOx Group Plc, which specialises in fuel technology that reduces emissions and improves fuel efficiency, said: “We had our reservations when fuel duty was cut in the first place.

“There is plenty of evidence that cutting fuel tax helps the richest 10 percent of the population most, rather than the people who need the most help, and it flies in the face of the Government’s own net zero ambitions.

“Now we learn that, instead of helping businesses and motorists, the rebate could just be storing up a massive price hike further down the line.”

David Wells, chief executive of Logistics UK, added a 23 percent rise in fuel duty would “have a detrimental effect on the UK’s economy”.

Mr Haq continued: “Businesses, and indeed individuals, in this country can’t operate with this degree of uncertainty and this level of stress.

“A rise of this level could put many companies that are already on their knees out of business, and they need to be making plans now.

They can’t wait until the spring to find out whether they’re going to be hit with another massive bill.”

Mr Haq said: “There are steps companies and individuals can take to mitigate a rise in fuel duty, such as using our fuel conditioners to increase the range of their vehicles.

“The real issue here, however, is that we need certainty from those at the top so that we don’t see yet more misery as we move into the spring.”

The news comes after the RAC revealed that the prices of petrol and diesel should fall by at least 10p.

RAC fuel spokesman Simon Williams said: “There is yet more pressure on the biggest fuel retailers today to pass on savings to drivers as the price of oil has dipped below $80 for the first time since the start of the year causing the wholesale cost of petrol to tumble to 105p a litre and diesel to 119p.

“If a cut of at least 10p a litre doesn’t come soon it will be yet more evidence of ‘rocket and feather’ pricing for the Competition and Markets Authority to take note of.

“The disparity between average pump prices at 158p for petrol and 182p for diesel and their wholesale equivalents is truly shocking.

“Even taking account of major retailers’ buying cycles, we can see no justification for them not cutting their prices significantly.”

Mr Williams added: “This failure to reflect falling wholesale costs over multiple weeks at the pumps is totally unreasonable.

“Whenever you have smaller, independent forecourts charging far less than the big four supermarkets, which buy far larger quantities of fuel on a far more frequent basis, it has to be a cause for major concern.

“Something badly needs to change to give drivers a fairer deal at the pumps and everyone will be looking to the CMA to instigate this.

“While our data shows there were clearly issues with ‘rocket and feather’ pricing before the pandemic, the situation is 10 times worse today.”