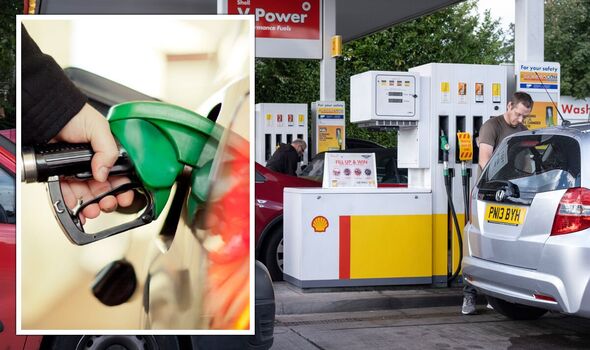 It is likely that the UK will get through 16 billion litres of petrol this year.

With the fuel costing 32.5p a litre more, it points to soaring pump prices diverting £5.2billion from potential high street and other consumers spending to the fuel trade.

Pump prices have seen dramatic falls between mid-November and mid-December, mirroring the price crashes in the summer after the record highs in July (petrol – 191.53p, diesel – 199.07p).

However, with wholesale petrol costs way below where they were at the start of the Ukraine war on February 24 but the average pump price still 3p above where it was then, most drivers have grounds to be angry with how much they are paying for their fuel.

The AA states that pump prices still differ widely depending on where drivers live, with many complaining of a “postcode lottery”, especially in rural areas.

In March, then-Chancellor Rishi Sunak cut 5p off fuel duty, which the AA says makes current average prices above where they may be expected to be.

Small independent forecourts dotted around the country can be found charging nearly 10p a litre below the average.

Because of this, drivers will assume that most major retailers can lower their margins much further.

Luke Bosdet, the AA’s fuel price spokesperson, highlighted how a number of smaller forecourts are selling fuel at levels seen in 2020.

Blakenhall Service Station in Wolverhampton was selling petrol at 136.6p per litre, around 15p below the national average.

Halfords is offering an incredible deal where you can join the Premium Halfords Motoring Club and get FREE MOT from just £4.99 a month. With benefits worth over £100, don’t miss the chance to join now.

You can get also get a FREE membership when you join the Halfords Motoring Club, which includes a FREE 10 point car check, £10 off MOT and more.

Drivers at another station, BP Brecon Road in Abergavenny, were only paying 136.9p, with competitive prices being seen in these areas, even among major retailers like Shell and Waitrose.

Mr Bosdet added: “2022 will stand as the year that the bulk of the fuel trade betrayed its customers, the consumer watchdogs finally started to bite and the Government sowed the seeds of a potential transformation of UK pump pricing.

“Next year could be pivotal – for pump price competition, fuel duty and the switch to electric vehicles where the cost of cheaper powering begins at home.”

On October 13, then-Transport Secretary Anne-Marie Trevelyan confirmed in Parliament that the Government was considering introducing a fuel price checker.

She said: “We absolutely consider the fuel price checker provided by the Consumer Council in Northern Ireland – along with cross-border competition with petrol stations in Ireland and lower overheads – to be part of the reason for those lower costs, and we are considering that possibility to help us to assess our own.”

It is hoped this will promote competitiveness amongst retailers and force petrol and diesel prices down for motorists.