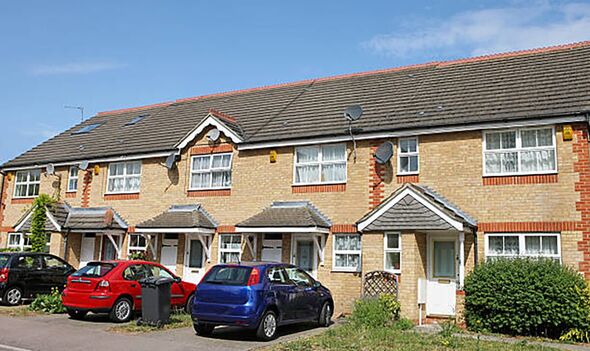 A man left his neighbour fuming after parking his car on their driveway – but he doesn’t see anything wrong with it.

The homeowner and his wife each have a car and, typically, she parks hers in the garage of their home while he uses the driveway. When he had arrived home before his wife last week, she was unable to park when she came home.

So the man told his wife to park on the neighbours’ driveway temporarily so he could finish the task he was doing, before moving his car out of the way to allow her to get into the garage.

The family next door was on holiday at the time but the plan backfired when another neighbour ratted them out to the neighbour whose drive they parked on. The family then contacted them to tell them they were “disappointed” they would park there without asking first.

The man shared his surprise on Reddit, writing: “I didn’t think it was a problem to park in their empty space for half an hour. I’ve even offered my space to all our neighbours when we went on holiday for a week.”

But other Reddit users largely backed the neighbour in the row, Mirror reports.

“We live in a row of four townhouses, so our houses are all connected. Each house has a garage, and outside each garage is a driveway for that house. My wife parks in the garage and I park in the outside space because my car can’t fit inside,” the original post reads.

“Our neighbours have gone away on holiday, leaving their space empty for three days. Today, I got home before my wife and was parked outside. She got home and parked in our neighbour’s drive for half an hour until we moved the cars around so she could park inside because I was busy doing other stuff and couldn’t move my car immediately.

“We then got a message from our neighbours who are still on holiday. One of the other neighbours told them we were parked in their spot. They told me that it had come to their attention that one of our cars was in their driveway.

“They said they understand that they are not home and their driveway is empty, but it was to do with the principle. They said parking there without asking was disappointing and showed a lack of respect.”

Commenters on the post told the man that while he might not have seen the issue with parking on someone else’s driveway, it’s a matter of his neighbours not wanting it to become a regular occurrence – especially without asking.

One person said: “From their point of view, they don’t want you getting in the habit of parking there. If they don’t nip this in the bud they don’t know how far the behaviour will creep. It’s much easier for there to be a blanket ‘no’ in place so they never have to worry about you taking up their parking space and them having to spend time and effort dealing with you.”

While another added: “This is something neighbours may do, but if so it’s discussed and agreed upon before the vacation. Just because you told your neighbours that your parking spot was available while you were away doesn’t mean theirs are as well. If it’s not yours, you don’t get to use it unless it’s been offered. Major thing, minor thing, it doesn’t matter. It’s called manners.”

And a third wrote: “Is the spot yours? Most of us learn in pre-school that it’s not cool to mess with things that aren’t yours.”