The latest teaser for the revived DeLorean finally lets us clearly see a little bit of the upcoming vehicle. The company also announces that the model gets a full debut on Thursday, August 18, at the Pebble Beach Concours d’Elegance. We also get to find out the car’s name there.

The new teaser image shows the driver’s side of the DeLorean from the rear. Compared to the original, the roofline appears to have more of an arched shape, versus the angular styling of the one from the 1980s. The louvers are still part of the styling, though. 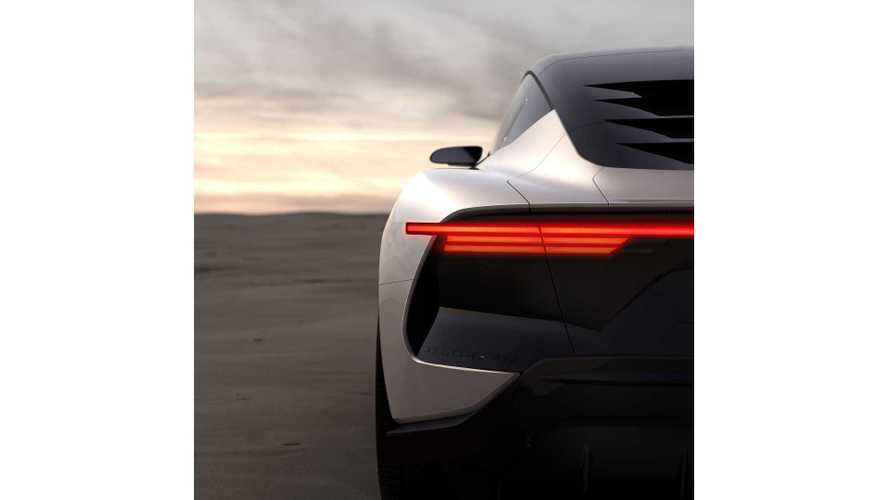 Instead of the original slab sides, this DeLorean’s fenders now stick out from the main portion of the rear pillar. It also looks like the elongated side windows are gone in favor of a continuous panel that comes to a point at the back of the vehicle.

It appears there are full-width taillights that wrap around the sides of the body. On the outer corner, the lamp gets thicker and has three stacked stripes.

The modern version of DeLorean pixelated this image and released it on April 1 to build anticipation for the model.

The automaker says the revived DeLorean road car is also part of the Concept Car Lawn display at the Pebble Beach Concours d’Elegance. It’s not clear whether this indicates that vehicle on display at the event is actually the production version that the company intends to sell.

Italdesign is handling the look of the new DeLorean. An earlier teaser confirms that it has gullwing doors like the original. Like at the rear, the styling doesn’t appear to be as angular as the iconic model.

The new DeLorean has an electric powertrain. There are absolutely no details about the system yet.

The original model was never very sporty, despite its sporty, wedge-shaped appearance. The 2.85-liter V6 only had 130 horsepower and 160 pound-feet of torque.

The DeLorean DMC-12 wasn’t a success. Production lasted just two years before the company went bankrupt. The film Back to the Future from 1985 was what made the car iconic. The movie was the highest-grossing film that year, according to Box Office Mojo. The vehicle was as much of a star as Michael J. Fox and Christopher Lloyd.