Home » Car Reviews » Definitive Proof Ford Maverick Is Smaller Than Ranger, And By How Much

Definitive Proof Ford Maverick Is Smaller Than Ranger, And By How Much

See how the two trucks compare.

We have known that Ford will slot the new Maverick below the Ranger in its lineup. However, we didn’t know how much smaller it’d actually be. Thankfully, a new set of spy shots has captured the two pickups out testing together, revealing a noticeable size difference between them. The Ranger is no behemoth, though the Maverick shrinks in its presence, giving us a good idea of the Maverick’s dimensions for the first time.

The Maverick will ride on Ford’s C2 platform, which also underpins the Bronco Sport and Escape, making its small size unsurprising. The Maverick is both narrower and shorter than the Ranger it’s sitting next to in the photos. That’ll translate into a smaller cabin, a smaller bed, and a shorter ride height, though the Maverick still looks plenty capable. The Maverick and Bronco Sport share a similar boxy front end with a shared design ethos, though the similarities extend beyond looks. 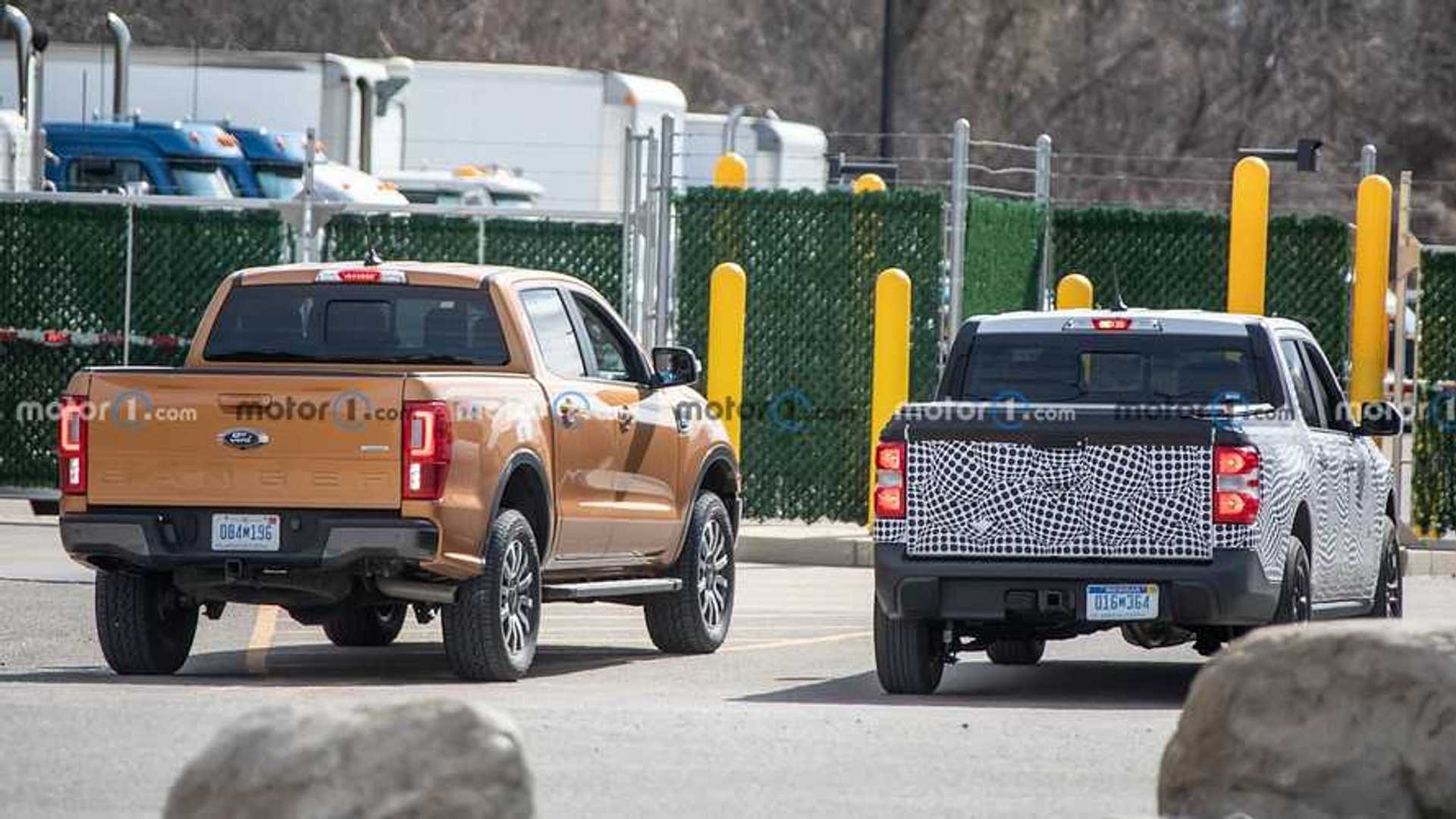 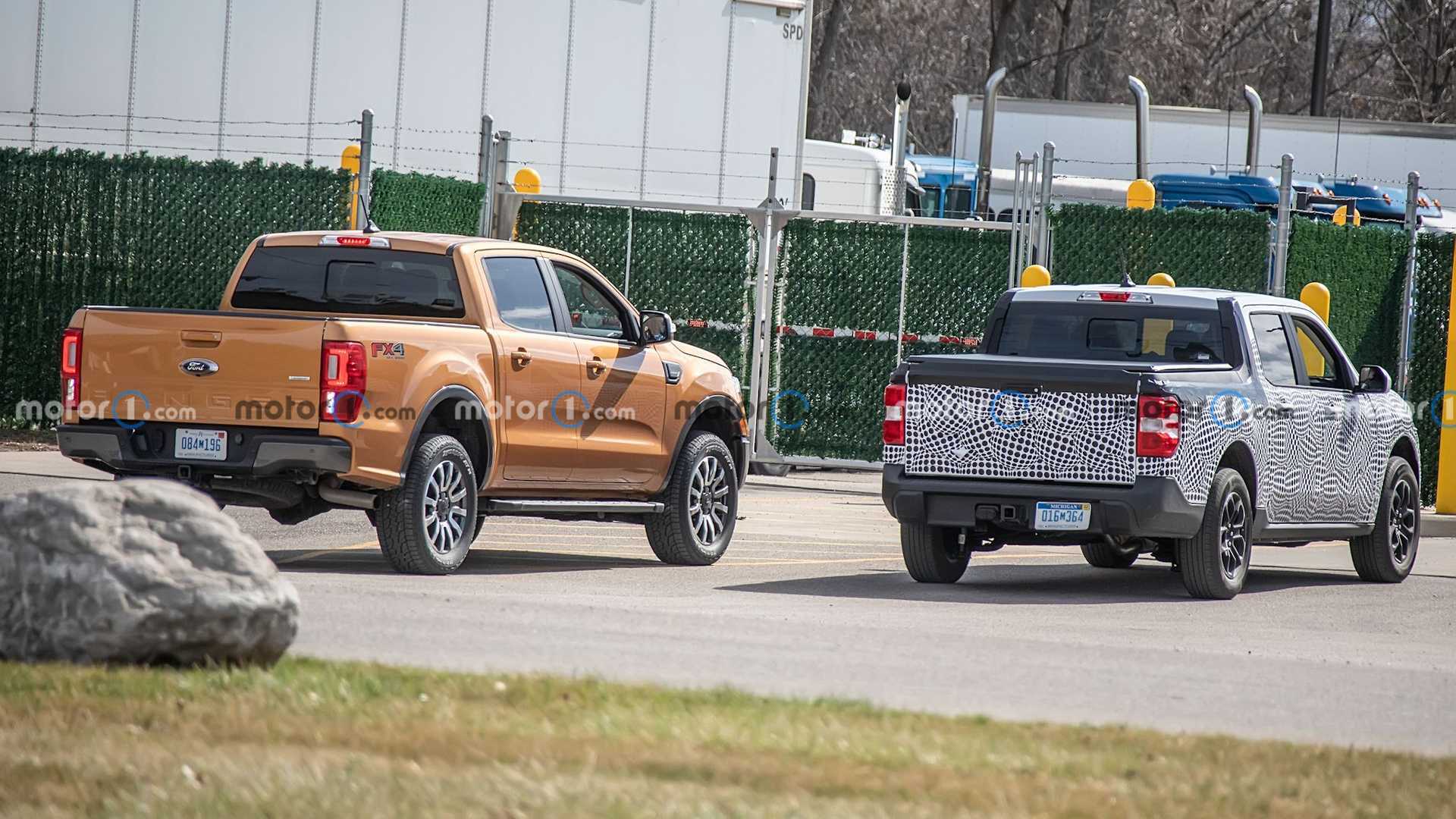 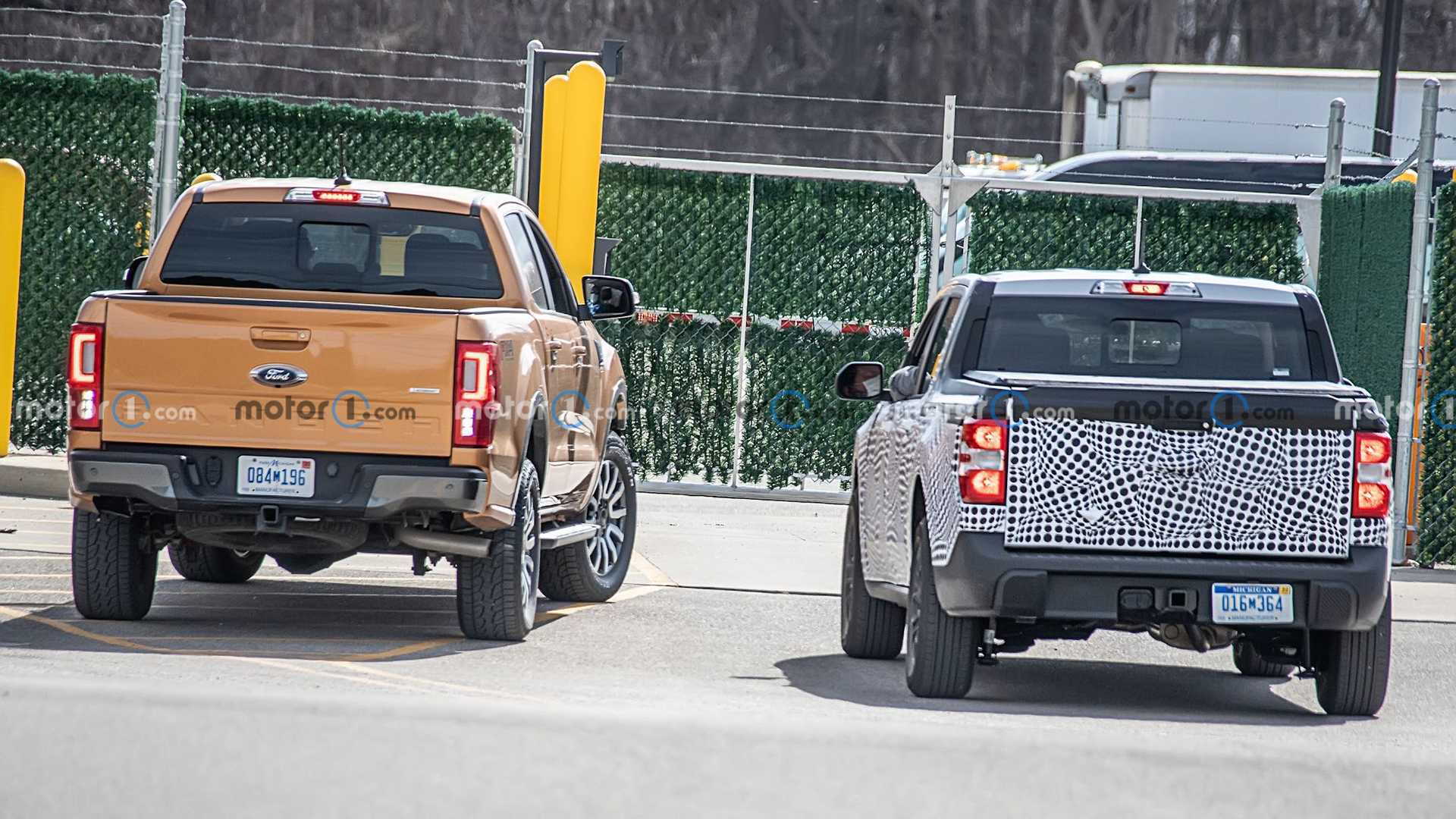 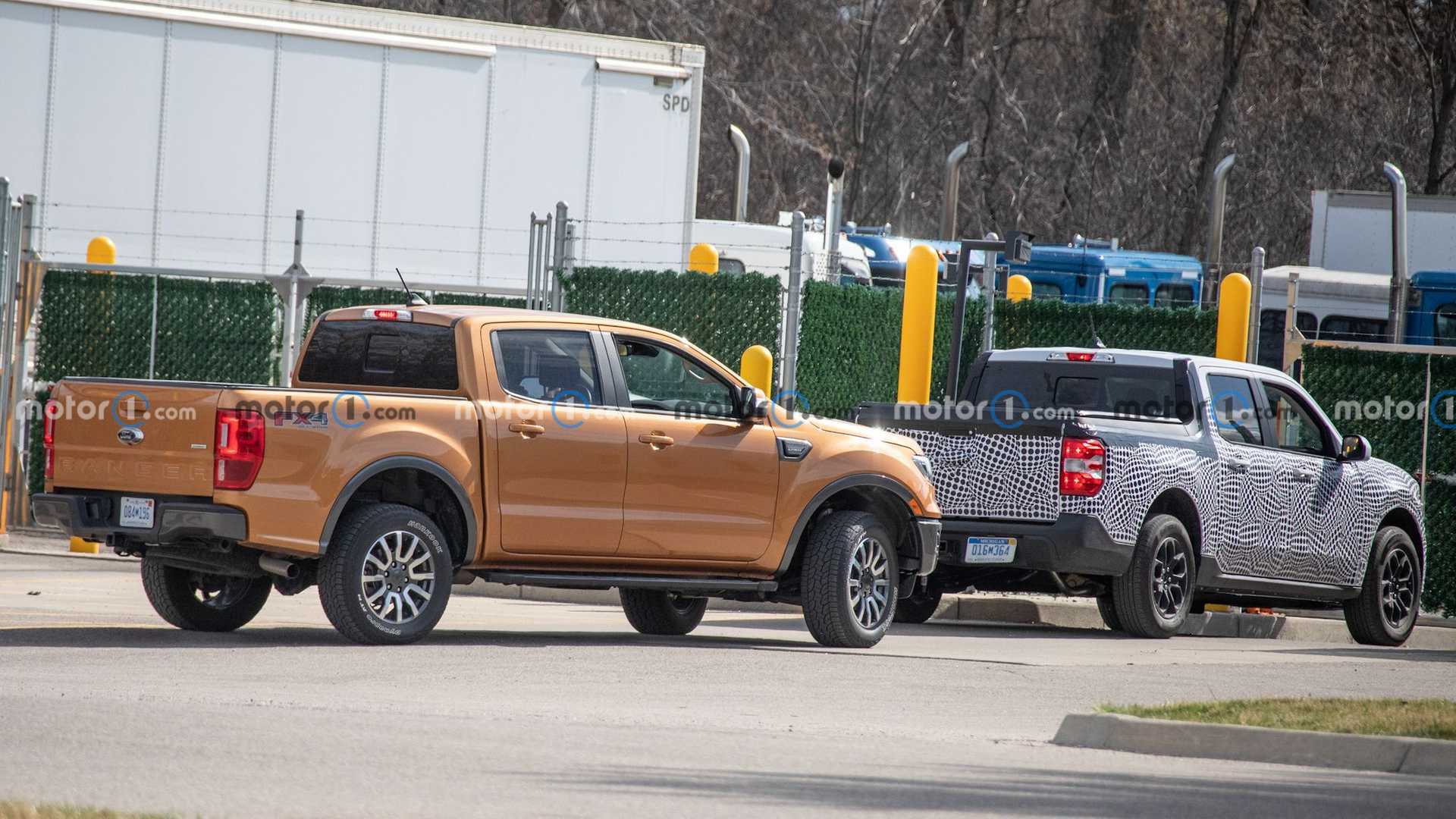 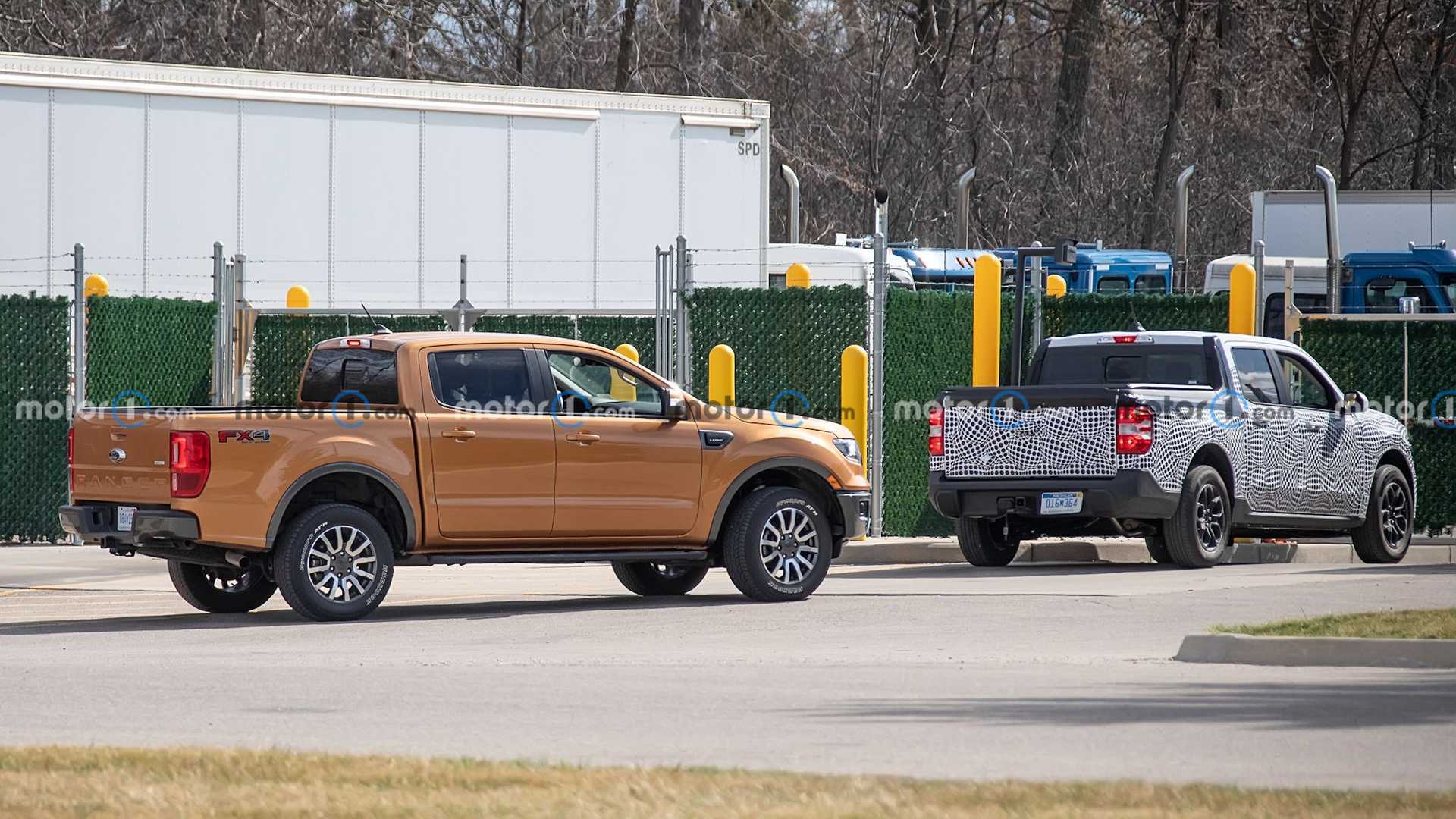 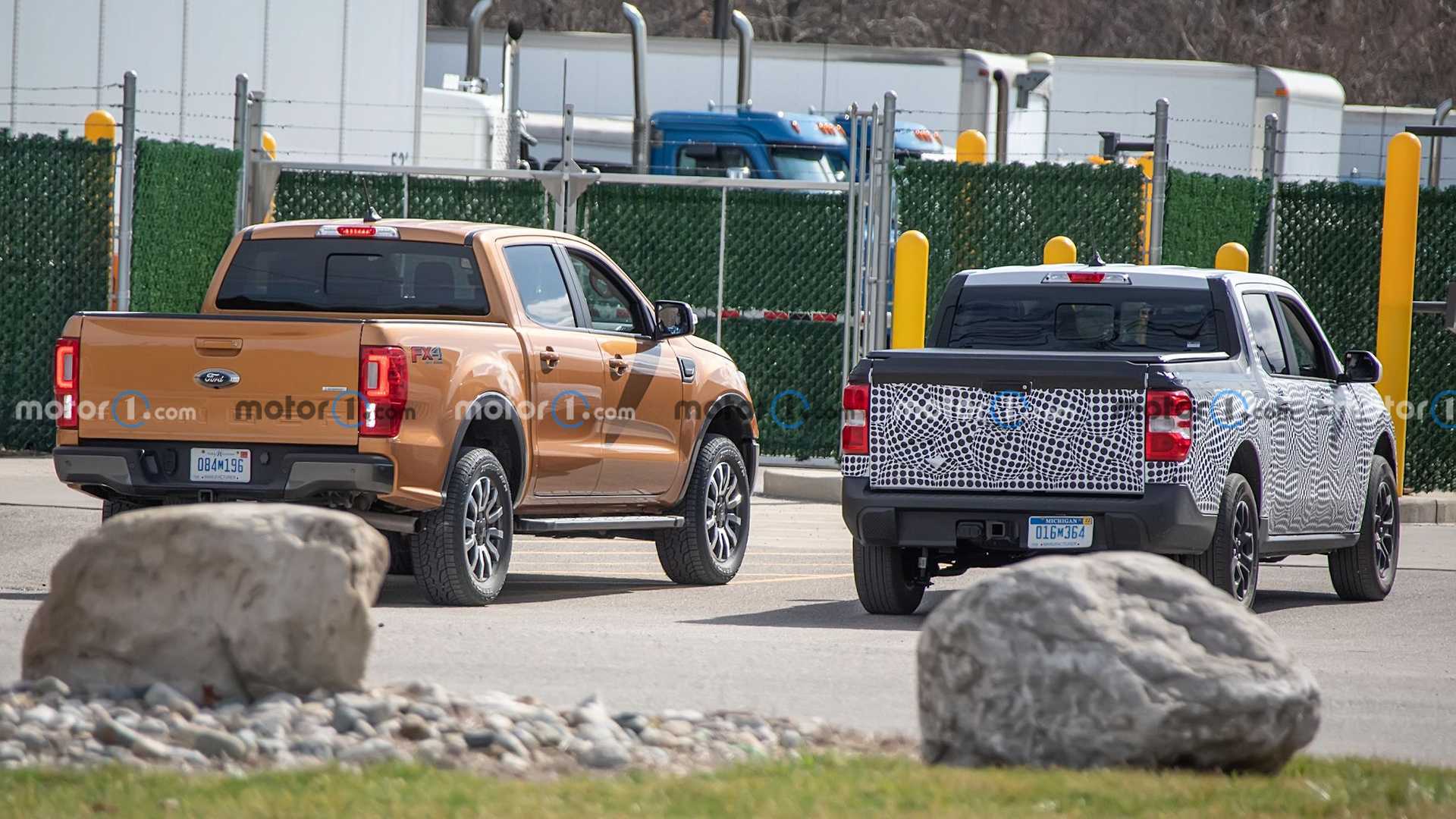 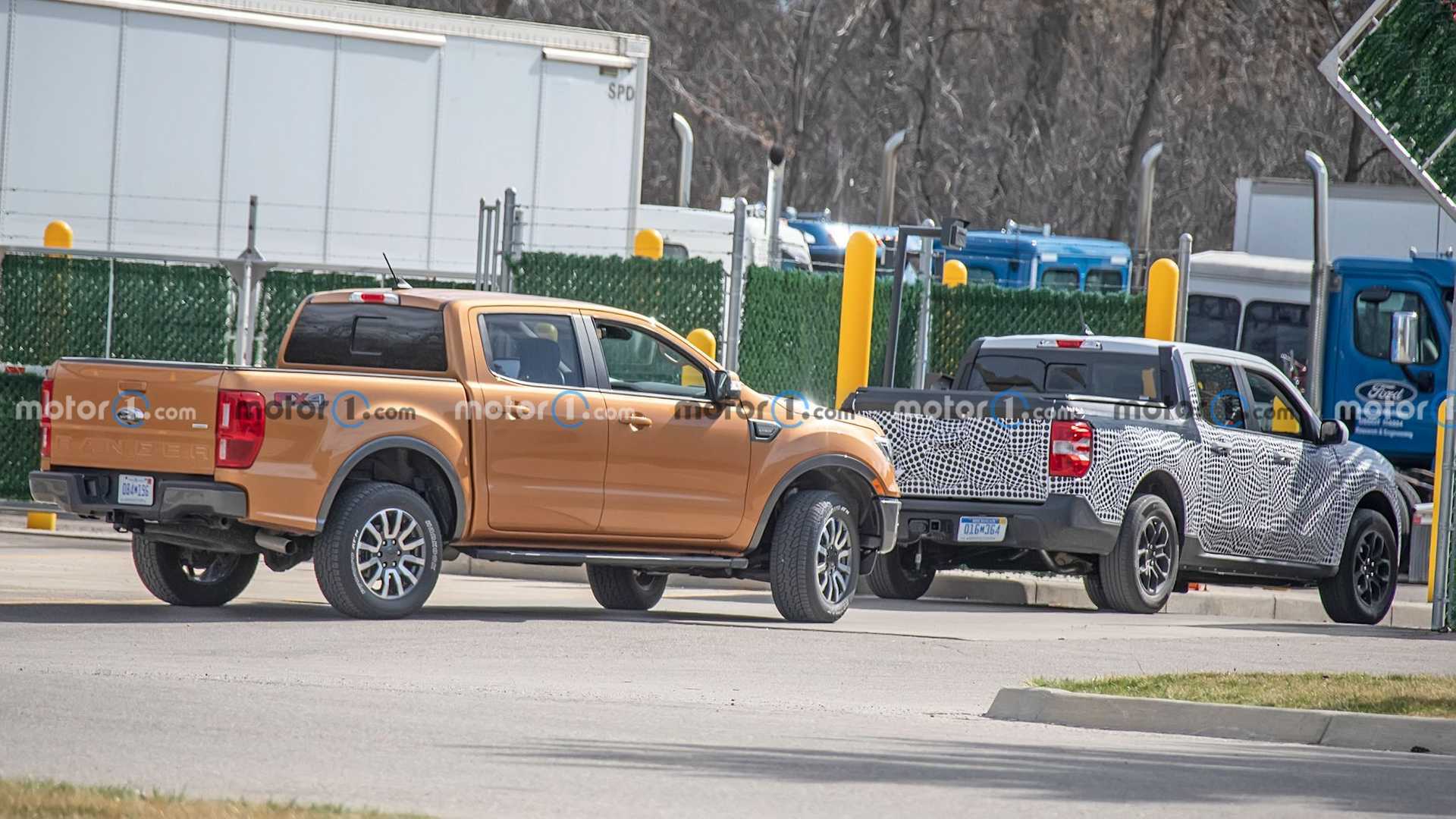 The Maverick is expected to use the same powertrains offered in the Bronco Sport, giving customers a choice between a turbocharged 1.5-liter three-cylinder or a turbocharged 2.0-liter four-cylinder engine. Considering the Maverick’s pickup truck status, it’ll likely get some of the Bronco Sport’s more robust off-road parts and options, too. The Ranger has one engine – a larger turbocharged 2.3-liter four-cylinder – that makes 270 horsepower (201 kilowatts) compared to the 2.0-liter’s 250 hp (186 kW).

We shouldn’t be waiting much longer for Ford to reveal its new small pickup. It’s been spotted out and about without a lick of camouflage, and that was after we learned that Ford had begun producing some pre-production models earlier this year. The Maverick will bolster Ford’s dwindling lineup of cheaper entry-level models that have disappeared with its shift from sedans to crossover, trucks, and SUVs. It’ll reportedly have a starting price below $20,000, though there’ll be plenty of extras to add like the alleged Timberline trim model.